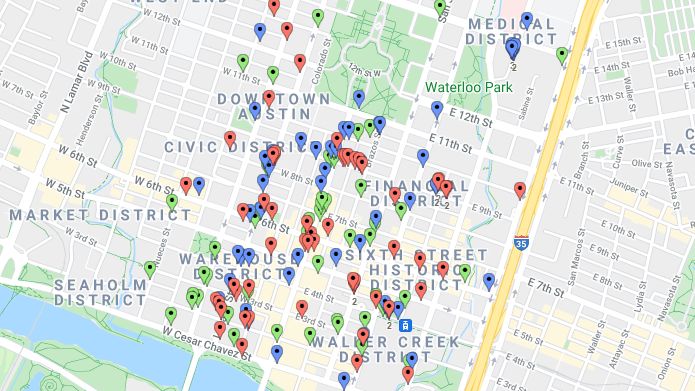 The Downtown Austin Alliance picked up 170 dead birds in May 2021.

AUSTIN, Texas — Millions of birds are migrating through Texas right now. According to Birdcast, one of every four birds migrates through the U.S. in the fall, and nearly 2 billion birds pass through Texas.

But these birds have a long journey ahead of them. Navigating through big buildings like the ones in downtown Austin comes with difficulties. Building lights distract and disorient birds flying in the dark, which can cause them to collide with buildings.

That’s why Lights Out Texas was launched in 2017. During the spring and fall months, Texans are encouraged to turn off all non-essential lights between 11 p.m. and 6 a.m. to protect migrating birds. Houston Audubon and American National Insurance Company created this initiative “following a major bird collision event involving 400 birds in Galveston,” according to Texan by Nature.

Now, volunteers with the Travis Audubon Society walk through downtown Austin in the fall and spring to collect dead birds for research.

I followed Christen Warkoczewski and Jordan Garcia twice as they walked their two-mile route. Neither time did we find any dead birds. The couple has only found one this fall, and it was a Nashville Warbler.

“I love being a part of citizen science. I think it’s really awesome and I want to encourage other people to do it too,” Warkoczewski said.

The Travis Audubon Society is leading this building study in Austin. The goal is to determine which buildings are most dangerous for migrating birds.

Birdcast reports that “an estimated one billion U.S. bird deaths occur annually from collisions with buildings and structures, with migratory species at most risk. Attraction and disorientation resulting from light pollution concentrate migrant birds in cities.”

But downtown areas aren’t the only danger zones. Apartments and houses can also be hazardous if non-essential lights are left on at night.

Paul Sanchez-Navarro is an environmental consultant who has worked in bird conservation for years. He says homeowners can reduce their light pollution by installing motion-sensor lights outside, instead of leaving them on all night.

“Dallas and Houston are doing great work. And Austin has really gotten on board as well. Each year it’s getting a lot stronger. The city’s making more commitments. The buildings are doing better jobs.”

“I go to sleep at night, and while I’m asleep, there are literally millions and millions of birds flying overhead, going south right now,” he said.

And protecting birds can be as simple as flipping a light switch.

“If all of the suburbs and the city can reduce our light, we can really achieve a lot for helping the birds get across Texas,” Sanchez-Navarro said.