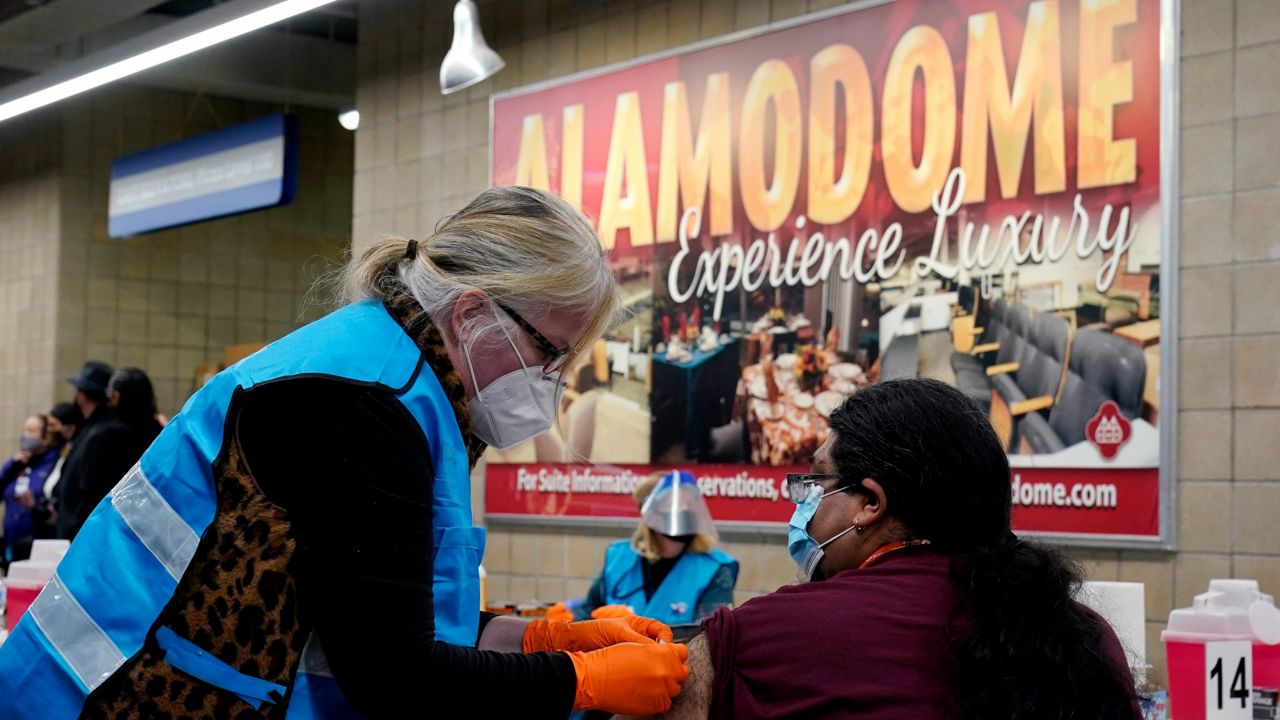 AUSTIN, Texas — Texas hospitals are desperate for more beds and staff. One Houston hospital has a temporary tent set up in a parking lot to try and manage the flood of patients suffering from the coronavirus. To manage the crisis, county officials are turning to the courts in order to get back the local control that Gov. Greg Abbott has denied them. This, as Texas lawmakers start working on a COVID-19 response.

Unlike the first special session, COVID response is on the agenda the second time around. State lawmakers, at least in the upper chamber, first wanted to get an understanding of what is happening in Texas. They learned the situation is dire, even as some hospitals reduce nonessential procedures.

Tuesday, Texas had the lowest number of ICU beds available since the onset of the pandemic. Only 329 staffed ICU beds were open for a state with a population of 30 million people. More than 10,000 Texans are currently hospitalized, the highest number since February.

The rampant resurgence of COVID is one of the main reasons a few runaway House Democrats said they returned to the State Capitol after breaking quorum. Their Republican colleagues are hoping to move on with business as soon as possible. In a recent interview with Capital Tonight, Rep. Jim Murphy, R-Houston, said his constituents are concerned about the COVID spike, fueled by the delta variant.

“We can now take action on that, whether that's passing laws, whether it's moving dollars. We did some very smart things last session on telemedicine. We've really learned some things trough COVID, and maybe we can incorporate some of that knowledge as well," Murphy, chair of the House Republican Caucus, said.

While the House waits for more members to get back to the chamber, Texas senators held a hearing Tuesday to understand the latest coronavirus trends, hospital staffing shortages, ICU bed capacity and the need for medical equipment. Gov. Abbott has made moves to address staffing, but he is not holding back his opposition on government mandates. That is not the case for all Republicans.

“I personally think that school boards or the (independent school districts) need to make their own decisions for their local community," Sen. Donna Campbell, R-New Braunfels, said at a hearing with the Senate Health & Human Services Committee.

Opposition is growing to Abbott’s executive orders banning local governments and schools from issuing mask and vaccine mandates. School districts in Dallas and Austin are defying the governor’s order and requiring students and teachers to wear face coverings on campus.


And a state district judge in Bexar County blocked Abbott’s restrictions there at least for now. Dallas County sued to get back that local control, too.

“The enemy is not Greg Abbott. It's not each other. It's not the unvaccinated. The enemy is the virus itself. And we all must do all that we can to protect public health. School districts and government closest to the people should make decisions on how best to keep students and others safe," Dallas County Judge Clay Jenkins said.

Abbott's press secretary Renae Eze reiterated the governor's previous statements emphasizing personal responsibility and saying the time for government mandates is over. They do encourage eligible Texans to get vaccinated.

“We are all working to protect Texas children and those most vulnerable among us, but violating the Governor’s executive orders—and violating parental rights—is not the way to do it," Eze said.

When asked by state senators about his take on masks mandates, Dr. John Hellerstedt, commissioner of the Texas Department of State Health Services, punted and said that it is up to leadership, but did say masks would absolutely increase safety indoors.