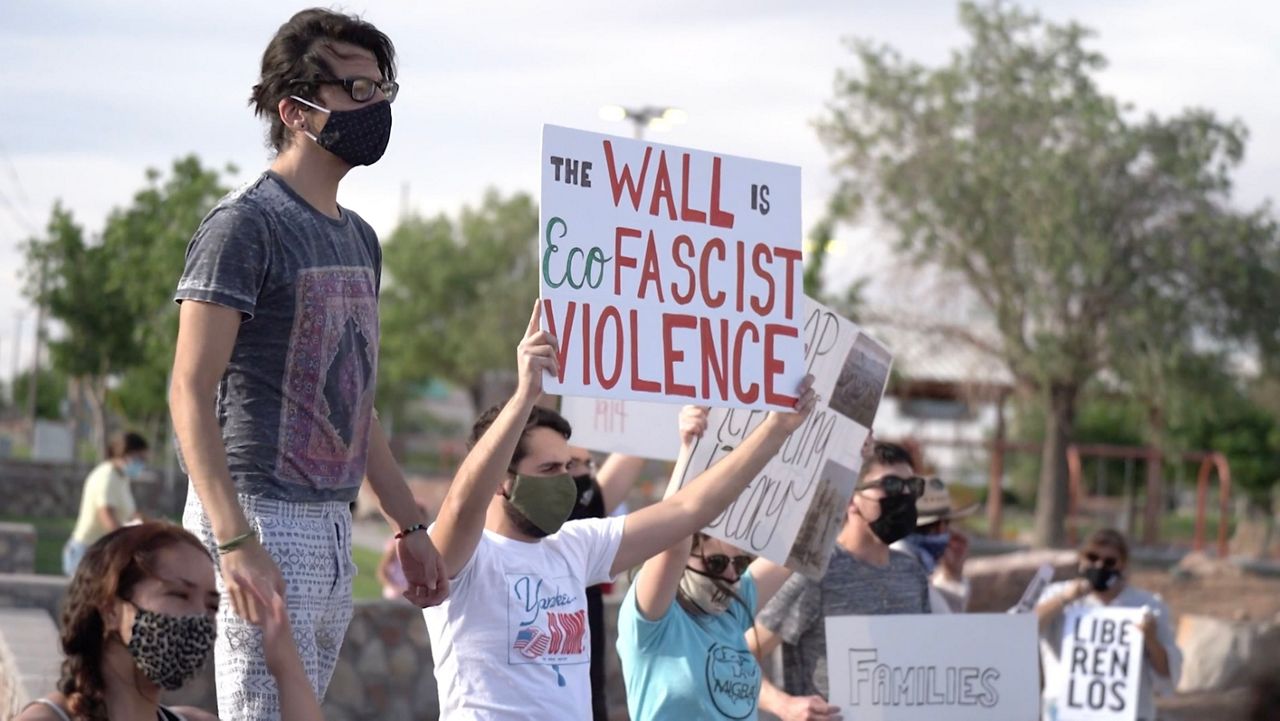 A group of protesters gathers to rally against Gov. Greg Abbot's announcement Texas will build its own border wall. (Spectrum News 1/Carlos Garcia)

AUSTIN, Texas — Progressives are appalled at Gov. Greg Abbott's announcement to build a border wall, while conservatives hailed it as a necessary measure given the dereliction of the federal government's duty.

Activists like Henry Rodrriguez of the San Antonio-based LULAC Concilio Zapatista say the remarks pander to his conservative base.

“It's just a continuation of those who follow Trump very blindly,” he said.

"His significant shift in tone today is a result of the massive momentum our campaign is receiving. As governor, I will finish Trump’s wall and actually close down the border,"

But immigration attorneys say the governor's words are regressive and harken back to the Trump administration's constant attacks on the immigrant community.

“It's just another blow. When things are finally starting to look up for everyone on all fronts, to sort of go back to the rhetoric of last year and the last administration is just, it's unnecessary, it's exhausting, and frankly, it's not even appropriate for our governor, to be discussing immigration issues like this,” said Austin-based attorney Kate Lincoln-Goldfinch.

Those who work directly with migrants along the border say a wall won’t solve much. They say it's up to leaders at the federal level to address root causes of migration, which is what attorneys like Lincoln-Goldfinch say is already happening with support for countries along the northern triangle of Central America. Furthermore, she says federal law allows for people to make their case for asylum.

“What's very clear is that we have vulnerable migrants asking for protection. We have a system in place to screen people for asylum, and all we need to do is go back to the system that we have that works,” she said.