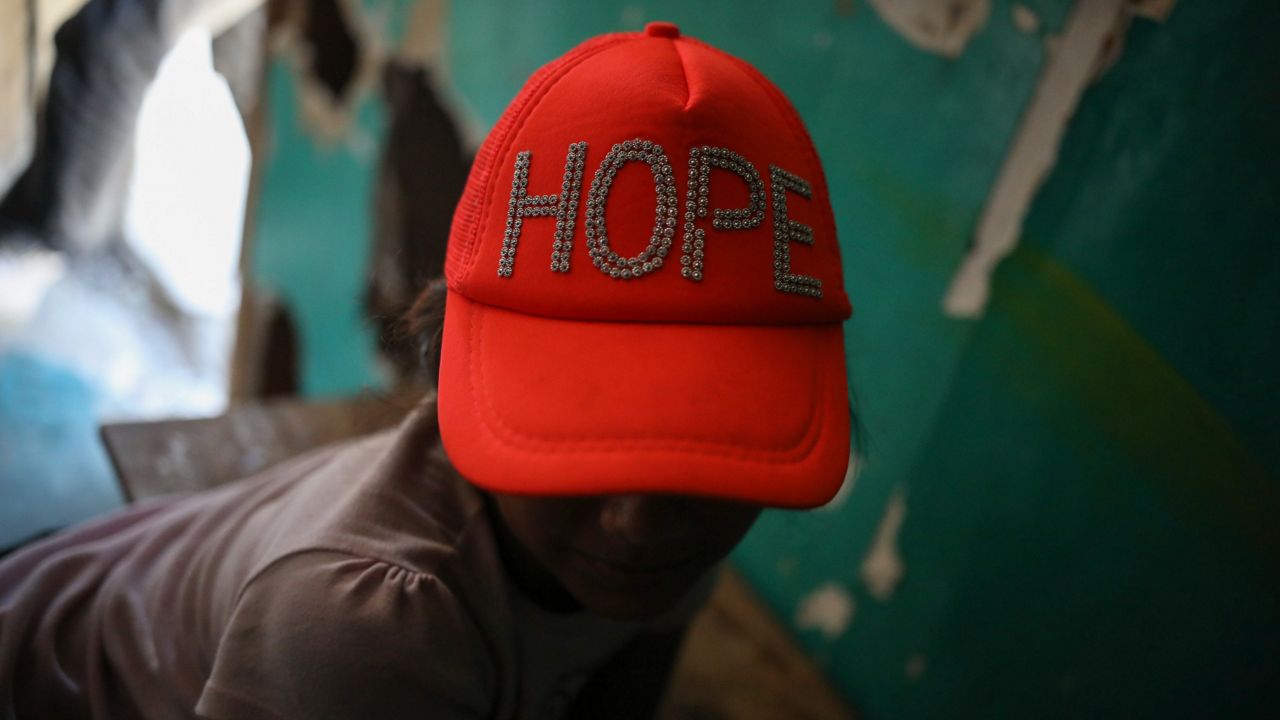 Crossing a busy intersection in Matamoros, Mexico, Donald Cortez tightly holds the hand of his 3-year-old son on their walk to the corner store.

Cortez is a teacher in a shelter housing asylum seekers and other migrants.

“I want to do an outdoor activity with them, want to have something for them to eat while they are in class,” he said.

The 29-year-old is in the same situation as his students and their parents.

Cortez fled Honduras two years ago. He said he is done with the real threat of brutal violence and religious persecution he endured in his home country.

“The biggest thing was my wife was threatened with the barrel of a gun when she was pregnant with our son,” Cortez said, "for exhortation.”

Cortez, his wife and son are among an estimated 68,000 asylum seekers forced to stay south of the border. Because of President Trump’s Migrant Protections Protocol (MPP), or “Remain in Mexico” policy, those tens of thousands of people had their day in a United States immigration court either delayed or canceled.

Last week, President Joe Biden officially lifted the Trump-era policy. Still, there are thousands of people just like Cortez waiting to hear from a lawyer or the court system if their cases will be heard on American soil.

Numbers collected by Syracuse University TRAC Immigration system show more than 8,300 people previously in MPP have been granted permission to enter the U.S. to await their day before a judge.

Cortez said he’s losing patience with the process and wants to enter the U.S. legally to not jeopardize his asylum case.

Thousands more migrants gamble everything and challenge the dangers of the Rio Grande for a shot to enter the U.S.

The most recent numbers released by U.S. Customs and Border Protections show 178,622 migrants were detained in April of this year, a 20-year high. The federal government reported 111,714 of those were removed without under the pandemic-related health code, or Title 42.

Saide Santos Garcia and her 5-year-old son are part of that record-setting illegal flow of migrants coming to America. She and her son were lucky enough to stay.

“I thank God for giving me this opportunity to give my son a chance at a future,” the single mother said at the Brownsville bus station a few hours after her release from Border Patrol.

Immigration officials held her for three days before she was set free. She was given orders to turn herself in to an immigration court before 90 days. The single mother is now with family in New Jersey.

Shortly before the publishing of this story, Cortez received word from his lawyer that the White House is willing to review his case.

He said this is “the day we’ve been waiting on. We now know the process is moving to enter.”

When that will happen is anyone’s guess.

In the meantime, Cortez and his family, the students and another 245 migrants will remain in the Matamoros shelter until they are told by American officials what happens next with their case.