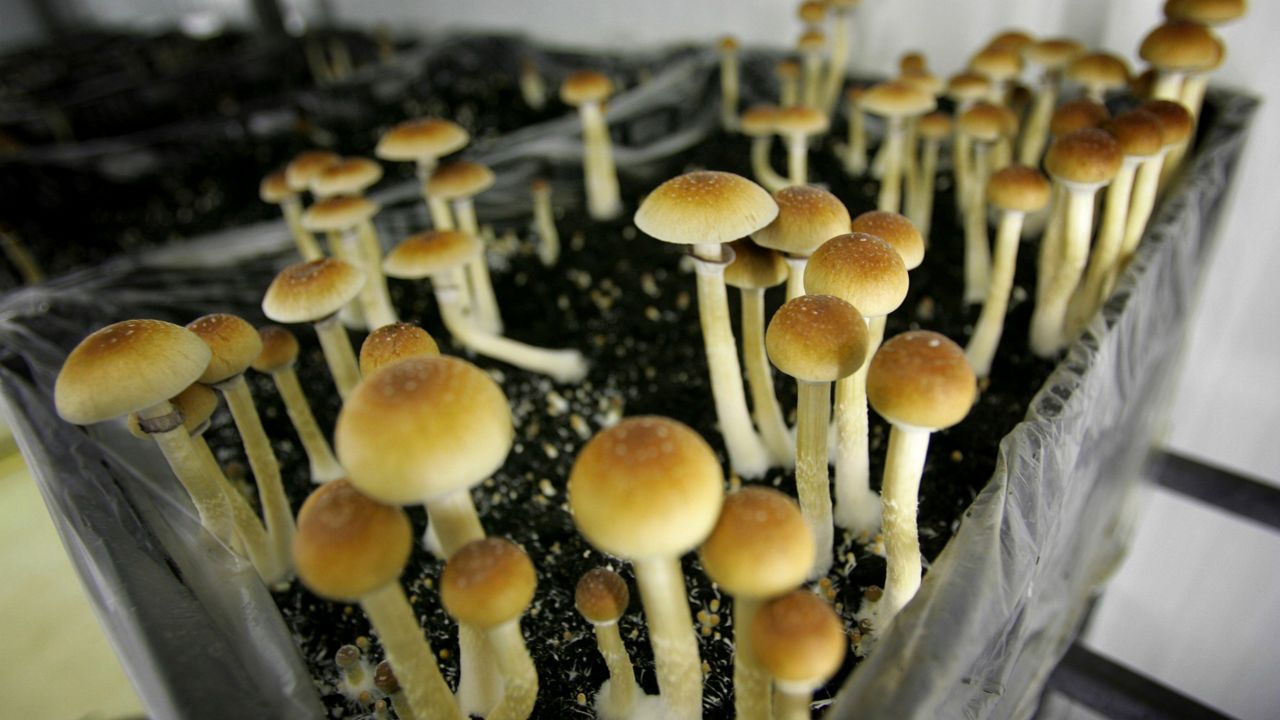 FILE - in this Aug. 3, 2007, file photo magic mushrooms are seen in a grow room at the Procare farm in Hazerswoude, central Netherlands. (AP Photo/Peter Dejong, File)

AUSTIN, Texas — The Texas Legislature has approved a study that will look at using psilocybin as a treatment for veterans struggling with Post-Traumatic Stress Disorder. Psilocybin is the active ingredient in so-called "magic mushrooms." This is the first of its kind study on the use of these psychedelics on veterans with PTSD.

It will be 20 years since 9/11 this September and the impact of war rarely stays overseas.

Dominguez says the current treatments for PTSD are not doing enough.

"The two medications that are currently being prescribed to them are psychotropics -- prozac and zoloft -- and they are increasingly being shown to be ineffective for these veterans suffering from PTSD, so we need a fresh look. We need a big idea to solve this big problem," Dominguez said.

He believes psilocybin could offer up some relief.

"The science shows that these types of psycodelics have an effect that lets the brain reset in a sense," said Dominguez.

Psychedelic therapy has been a mental reset for veterans like Marcus Capone. He spent 13 years in the SEAL teams and was the first class to graduate SEALS training after the towers came down on 9/11. He and his wife Amber had no idea the effects of war would linger in the form of PTSD. After years of running out of options, they agreed to try psychedelic therapy.

"I was able to convince Marcus. I felt like it was a Hail Mary. It was our last-ditch effort and when the treatment was so successful, practically overnight, it seemed too good to be true," said Amber Capone.

One associate professor with Baylor College of Medicine also says much of the research regarding this type of medication has been very positive.

Lynnette Averill is a clinical research psychologist at Baylor College of Medicine. She studied PTSD at Yale and believes psychedelic assisted treatments will be the new frontier of psychology for PTSD.

"People talk a lot about having these really incredibly meaningful, sometimes spiritual, mystical sorts of experiences that really get [to] deep-seated guilt and shame and significant issues of trauma, getting so deeply at some of those issues is really where we see the magic happen," said Averill.

The Capones run a nonprofit called VETS -- Veterans Exploring Treatment Solutions -- to help other veterans explore new ways to heal. Instead of going to other countries for treatment, they are hopeful they will be able to seek relief in Texas soon.