NFL players using pilates to get ready for the season

AUSTIN, Texas — Being an NFL player means putting your body through extreme circumstances. To stay healthy and have a long career, it also means doing whatever you can to keep your body healthy. For many players, recently, pilates is part of that process.

“How much your muscles can stretch and still hold tension,” New England Patriots defensive back Adrian Phillips says of the workouts. “That’s been a game changer for me.”

Phillips and Hicks, who both played football at Texas, tried pilates a few years ago on the recommendation of another former Longhorn, Fozzy Whittaker. They now make it a part of their regular routine in the off-season, going to Shape Method in Austin.

“Really what we specialize in is training those deep, stabilizing muscle groups to work in conjunction with their big muscle groups,” says Jennifer McCamish, owner of Shape Method. “That is something they are never going to get in their regular training so they have to have it in a cross-training way.”

One of the biggest benefits these guys have seem from taking pilates is helping with injury prevention.

“I’ve got a long history of injuries,” says Hicks. “The past two years that I’ve had I’ve been healthy every single game, played every single snap.”

“Everything we’re doing here correlates to football,” says Phillips. “It puts you in those awkward positions and when you get out there on that field your body knows it’s been in that position before and you’re able to power through it.” 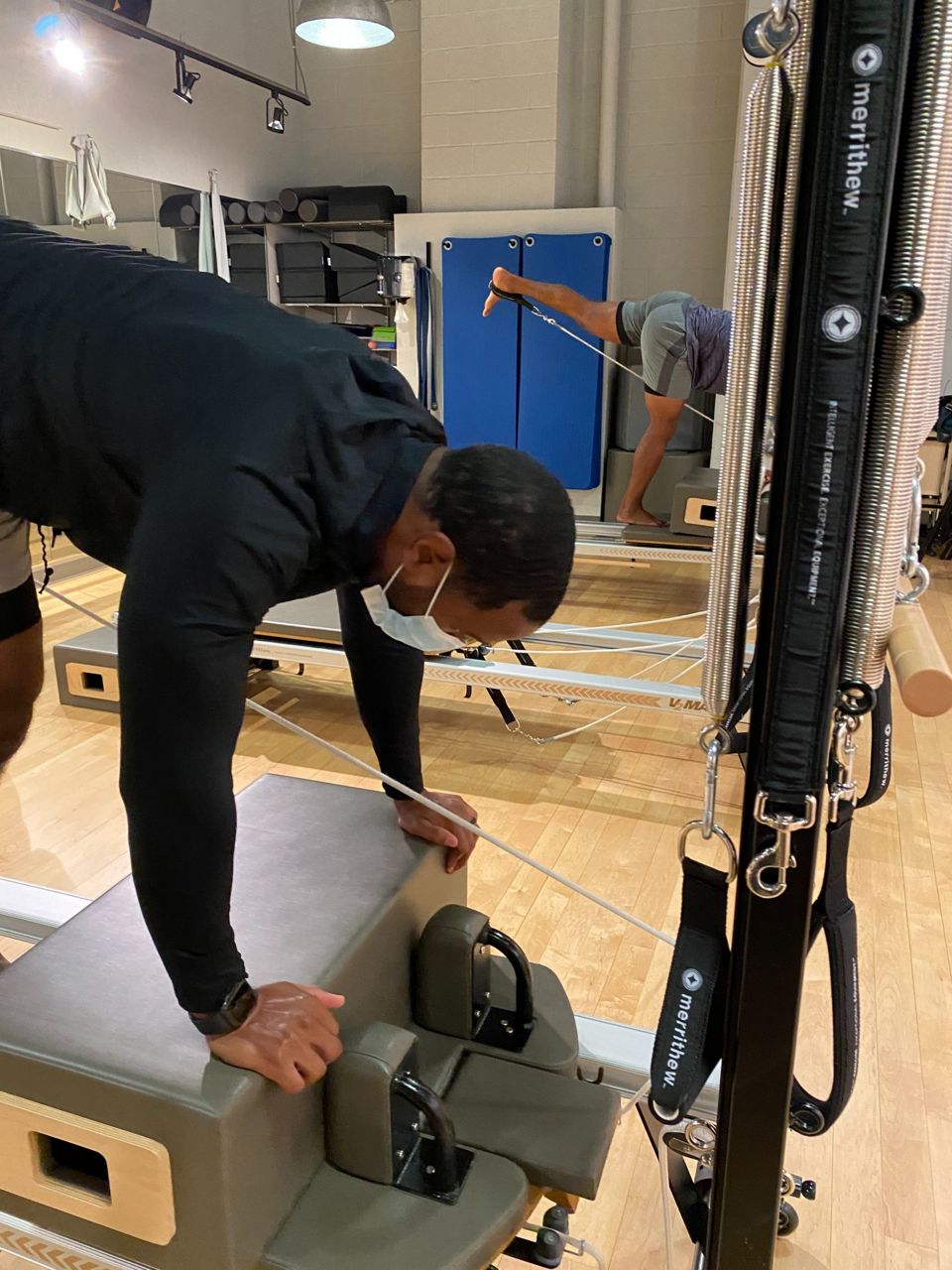 Adrian Phillips, left, of the New England Patriots, and Jordan Hicks, of the Arizona Cardinals, work out at Shape Method in Austin, Texas, in this image from April 2021. (Spectrum News 1/Travis Recek)

Pilates may seem like a light workout to go with their heavier training but the sessions provide some real struggles for these pros.

“First thing you realize is it’s a lot tougher than you expect,” says Hicks.

“It just kills you in ways that you never thought would’ve been possible,” says Phillips. “I gotta yell to get through it.”

“It was kind of eye-opening for them, the shake was real, the tremble was real,” says McCamish. “Once they got over that hump they appreciate the burn.”

These guys also appreciate the benefit. It has helped them sustain long NFL careers to this point. Hicks will be entering his seventh NFL season in 2021, while Phillips will be going into year eight in the league.