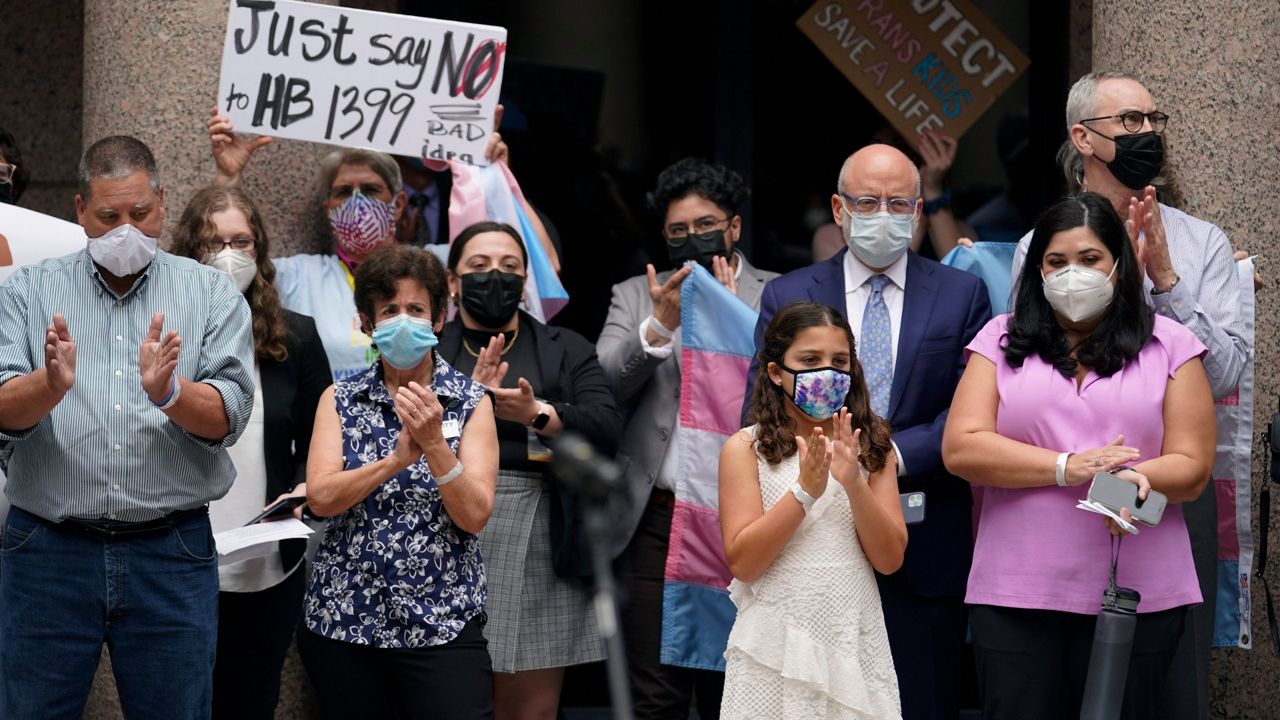 AUSTIN, Texas —  State lawmakers want to define transgender medical care to minors as child abuse. The Senate gave initial approval to a measure Tuesday that would prohibit transgender children from transitioning before they turn 18 years old. The decision is deeply divided along party lines. During debate, Senate Democrats raised concerns about the mental well-being of Texas’s transgender children and what outcomes could take place if they and their families are not left alone to make these medical decisions. But Republicans said they are trying to protect families.

Legislators hear from their constituents constantly. But there was one letter from a Houston parent of a transgender child that particularly struck Sen. John Whitmire, D-Houston. He shared it with Capital Tonight.

The letter said, in part, “I’ve learned I must be supportive to save my daughter’s life. No matter how difficult or awkward it may be. I’ve often explained to friends, I would rather have a thriving daughter than a dead son.”

“Pretty emotional, huh?” Whitmire said. “This an expert that I choose to listen to. Not only he is professionally trained, but he’s also a parent of a transgender child.”

That parent was Dr. Thomas McNeese, a psychologist. He told Spectrum News 1 after receiving gender-affirming care, his daughter is back to her normal self after being in a “dark place.”

“She was holding the secret and becoming increasingly depressed. This was a child that was never depressed, was outgoing, never had literally any mental health issues and was just a very happy-go-lucky kid until puberty hit," McNeese said. “(Now) she's the same person she always was. She's just in her true skin.”

Whitmire shared this story with his colleagues, Tuesday, when they debated Senate Bill 1646, which would deem transition-related care as child abuse and potentially send parents to prison. All Senate Republicans supported it, leading to the initial passage of the bill.

“They propose and support family units, family values. Well, they're intervening right in the middle of a family decision," Whitmire said.

The bill's author, Sen. Charles Perry, R-Lubbock, argued they do not want children to make life-changing decisions and then change their mind later. Perry said while he believes parents are well-intended, he said he believes the “cost is too great to be wrong.” Perry also noted how authorizations for medical procedures sometimes change over time.

"If you wait till you're 18, you still have options. If you do this pre-18, and you want a different option, you've taken them off the table," Perry said.

"This is really about protecting children and this decision should be left to consenting adults,” said Jonathan Covey, director of policy, at Texas Values.

State senators invited medical professionals who testified that this could and does happen.

“Children sometimes don’t always make the decisions that we as adults would make, we don’t let children, for instance, buy alcohol. We don’t let children buy tobacco until they’re 21 and yet we want to allow them to consent to these kind of procedures,” Covey said.

But for the parents who have repeatedly shown up at the state Capitol to defend their children, or are just speaking out for the first time, they said decisions concerning gender-affirming medical care are deeply personal and should be limited to families and their doctors.

“Really, the way to protect them, is to allow them to do what needs to be done in order to save their mental health and often time in their lives," McNeese said.

And with well-being and possibly even lives on the line, these parents feel they should be involved in decisions rather than lawmakers.