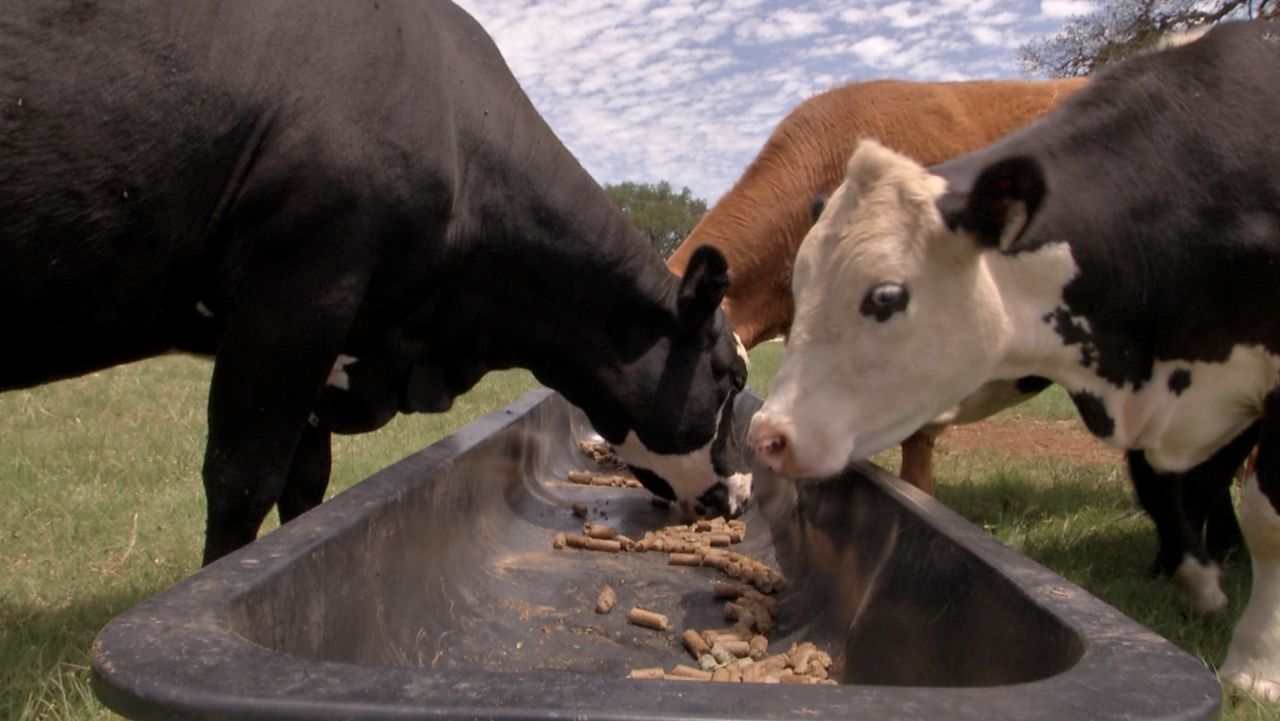 Cattle farming in Texas is a more than $12 billion a year industry. Dr. Merritt Drewery’s job is to help the industry - an industry that’s taken its fair share of criticism when it comes to the impacts it has on the environment - become more sustainable.

“What I do is focus on the identification and justification of novel feeds,” said Drewery, walking down a path at Texas State’s Freeman Center, a 3,500-acre ranch that acts as a natural laboratory and grazing space for goats and cattle.

Beef cattle typically graze on forage like grass and hay, but oftentimes supplemental feed is added to provide cattle with more protein and energy when forage is low quality or to help cattle gain weight before harvest.

Supplements typically come in the form of soybean meal, corn and other grains - commodities that compete with the human food sector and aren’t very environmentally sustainable.

“We want to identify feedstuff that is not fit for human consumption, that humans do not want to consume - but also is associated with less environmental degradation and less natural resource input than conventional feedstuffs,” said Drewery.

The U.S. Department of Agriculture has provided a $200,000 grant for Drewery’s research. Her team plans to study how the larva compares to other conventional feeds when it comes to feed intake and digestibility, with the hope of identifying defatted black soldier fly larvae as an alternative feed with a significantly smaller environmental footprint.

Drewery’s team conducted initial research on the full larva - meaning it hadn’t had the oil or fat extracted yet. That research, which should be published later this year, showed encouraging results. Drewery said she wants to examine the defatted larva, since insect oils could be beneficial to the biofuel and possibly cosmetic industries, making the process more economical.