AUSTIN, Texas —  Texas is part of a wave of anti-transgender bills being taken up across the country that would ban health care providers from offering gender-affirming care to minors. But a smaller number of states, Texas included, are targeting parents who support their transgender kids' desire to transition. One measure goes as far as to criminalize parents.

They may be twins, but Neil Giles said his kids started thinking about their gender identity at different ages. He said he understands decisions about gender-affirming care are not only deeply personal, but also made on an individual basis.

“There shouldn't be an absolute ban, or an absolute mandate that it happens in every case, because every case is unique," Giles told Spectrum News 1.

Giles joined other parents and supporters of LGBTQ youth Texans at the Capitol to speak out against a slew of bills advancing through the Legislature. Families said from personal experience they see how this health care has helped their kids' mental health, considering they are already dealing with discrimination and exclusion. 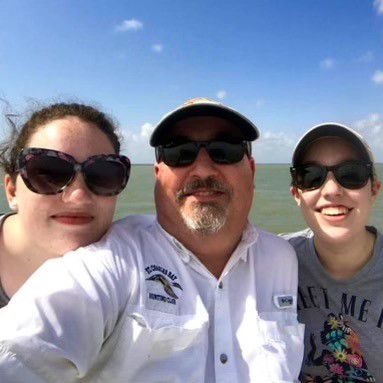 Neil Giles appears with his twins in this undated image. (Courtesy: Neil Giles)

“Members of the Texas Legislature have taken it upon themselves to push legislation targeting transgender kids, arguably the most vulnerable demographic in Texas and the nation," Giles said a recent news conference hosted by Equality Texas.

One of those bills is Senate Bill 1646, which would deem transition-related care as child abuse. It also stipulates that if parents support those procedures they could be sent to prison and the child placed in foster care. The author of the bill, Sen. Charles Perry, R-Lubbock, said at a recent hearing at the Senate Committee on State Affairs said the bill aims to help children who have not "reached the maturity to understand" the life-changing effects of this care.

“Giving them those drugs and surgical procedures at this stage in life and age limits all options going forward when they would be better served, better informed, and understand to make those decisions,” Perry said.

​On a party-line vote, the full Senate also passed Perry's Senate Bill 29. It would block transgender athletes from participating in grade school and high school sports outside of their "biological sex." The vote comes the same week the NCAA backed transgender athletes and warned states about passing legislation limiting their participation. The bill is a legislative priority of Lt. Gov. Dan Patrick.

​"It's just creating a fair playing field, and it gives women an opportunity to shine in their sport of choice without being overshadowed by other players," said Mary Castle, policy adviser for Texas Values.

Proponents of such bills argue there are other ways to affirm young Texans. But Giles, who questions the intentions of state leaders, believes those decisions should be left up to families in consultation with their doctors, not legislators.

“They're threatening to take kids away from their from their homes and their families, because they are seeking life-saving medical care. And that ... I don't know [how] you could be any worse,” Giles said.

Earlier this week, the House Committee on Public Health took up House Bill 1399, which seeks to make it harder for physicians to provide gender-affirming care. A day after scheduled testimony, the committee ended up passing the bill.