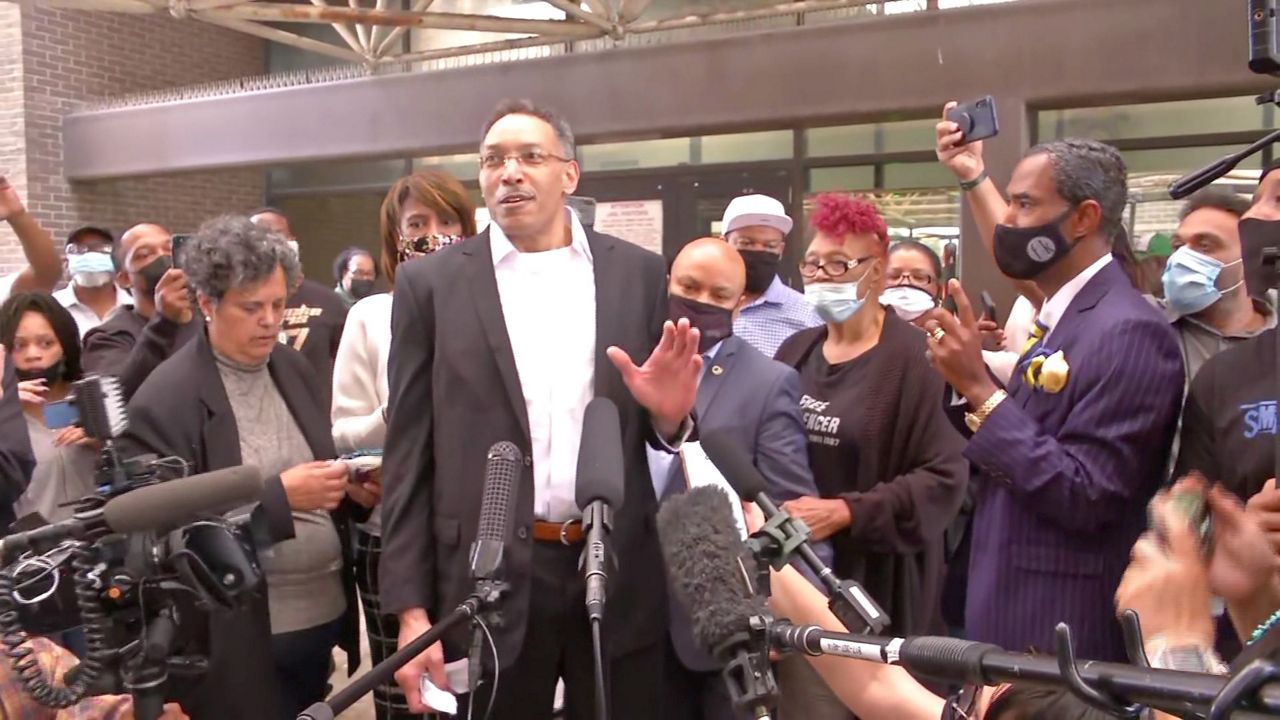 “They Knew He Didn’t Do It”: Benjamine Spencer’s Mother Speaks Out

TEXAS – A Dallas-area man is back home after serving more than 30 years for a crime he and his family say he did not commit.

“My baby is innocent,” said 82-year-old Lucille “Mama” Spencer at a March press conference outside the Dallas County Lew Sterrett Justice Center. Her son was being held there and she was finally about to have him back home.

“They knew he didn’t do it, but they were going to make an example out of him. Thirty-four years they’ve made an example out of my child. It’s time to cut that ‘shhh’ out,” she said right before a family member reminded her not to use profanity. “I didn’t curse, but I will! I have a reason to be mad!” 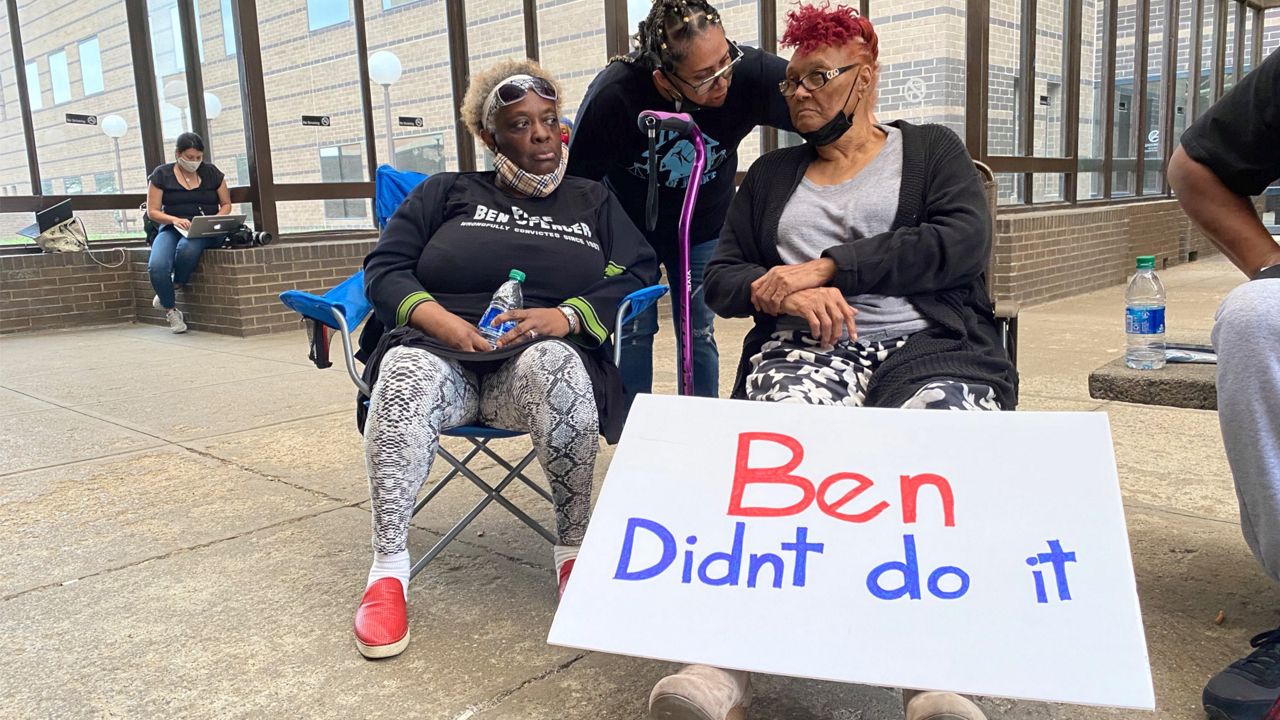 Lucille “Mama” Spencer, Benjamine Spencer’s mother, holds a sign the day before her son was released. Family and friends gathered to greet him March 11, but he wouldn’t be released until the next day. (Spectrum News 1)

That anger has been boiling in her since 1987 when her then 22-year-old Black son, Benjamine Spencer, was arrested. News outlets report that Spencer was one of two Black men police believed robbed and killed Jeffrey Young, a 33-year-old white man.

Ben Spencer and the second man arrested, Nathan Robert Mitchell, claimed they were innocent from the beginning. It was easy for Lucille Spencer and those who knew her son best to believe his innocence –  he’d never had violet past.

After only a four-day investigation, police said that Spencer and Mitchell had beaten Young and then forced him into his own vehicle before dumping him in a West Dallas alley, all while Young was still alive. According to investigators, the two then parked Young’s car and ran away.

There were no witnesses to any of these allegations, but Gladys Oliver, a woman who lived near the alley where Young’s car was found, told police she’d seen the two Black men run from the parked BMW. There was never any physical evidence found connecting the men to the crime – no fingerprints, no DNA.

The state’s case relied on Oliver’s testimony, the testimony of two men backing her claim, and a prisoner who claimed Spencer bragged about the crime.

According to the National Registry of Exonerations, even though African Americans only make up about 13% of the U.S. population, they make up half of all people exonerated for murder. They’re also seven times more likely to be imprisoned for murder than white Americans.

In 1988 ,when Spencer was sentenced to life in prison, he was newly married with a son on the way. When he lost his freedom a woman lost her husband, a boy his dad, and a mother her son.

“For the last 34 years I have fought for my son’s freedom,” said Lucille Spencer, “I will always fight for him – that’s a mother’s love.”

Despite those years of fighting, she’s been let down time and time again.

In 1988, after months of insisting he was innocent, Ben Spencer’s 1987 murder conviction was overturned. Prosecutors learned Oliver withheld that she’d received a Crime Stoppers cash reward of $580. Spencer was retried and granted a lesser charge of aggravated robbery. Even so, he was sentenced to life in prison.

At a third trial in 2007, a second judge found Spencer was not guilty; however, the Court of Criminal Appeals disagreed with the decision and kept Spencer locked up.

But in 2010, the Dallas County district attorney’s office caught Oliver in a lie. She admitted to receiving between $5,000 and $10,000 from late Dallas business magnate and billionaire Ross Perot in connection to her testimony. She expected to get $25,000 during the original trial. The DA’s office learned Perot was a friend of Young’s father.

However, in 2011 the Texas’s Court of Criminal Appeals halted Spencer’s freedom again. Even after it was known that Oliver lied about the money, the state’s highest criminal court denied Spencer a new trial, ruling there was no new evidence pointed to his innocence.

Mays signed a joint filing from prosecutors and defense lawyers agreeing that Oliver’s inconsistent testimonies were condemning to Spencer’s conviction. 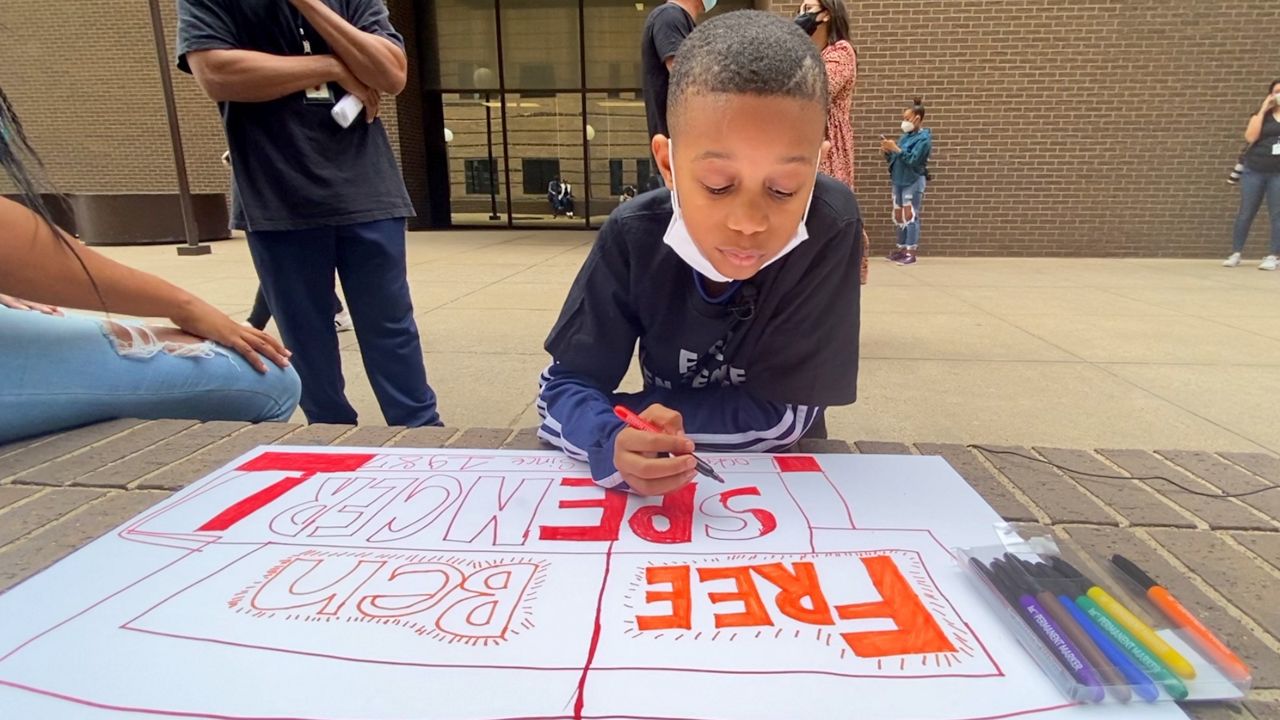 “My baby has always maintained his innocence,” said Lucille Spencer. “If he would have just admitted he was guilty it could have meant he’d earned parole years ago, but he didn’t because he’s an honest man.”

Ben Spencer was released on March 12, 2021, on a personal recognizance bond meaning he will not be required to post money. This kind of bond is granted when a defendant has significant ties to the community and is low flight risk.

Now his case goes back to Texas’ Court of Criminal Appeals which will decide whether to vacate his conviction. If the appellate court agrees, Spencer could be retried or the case could be dismissed all together.

Until then Lucille Spencer says she’ll keep fighting for her son, “…because that’s a mother's job!”

If you have an interesting story or an issue you’d like to see covered, let us know about it. Share your ideas with DFW Reporter Lupe Zapata: Lupe.Zapata@Charter.com ​