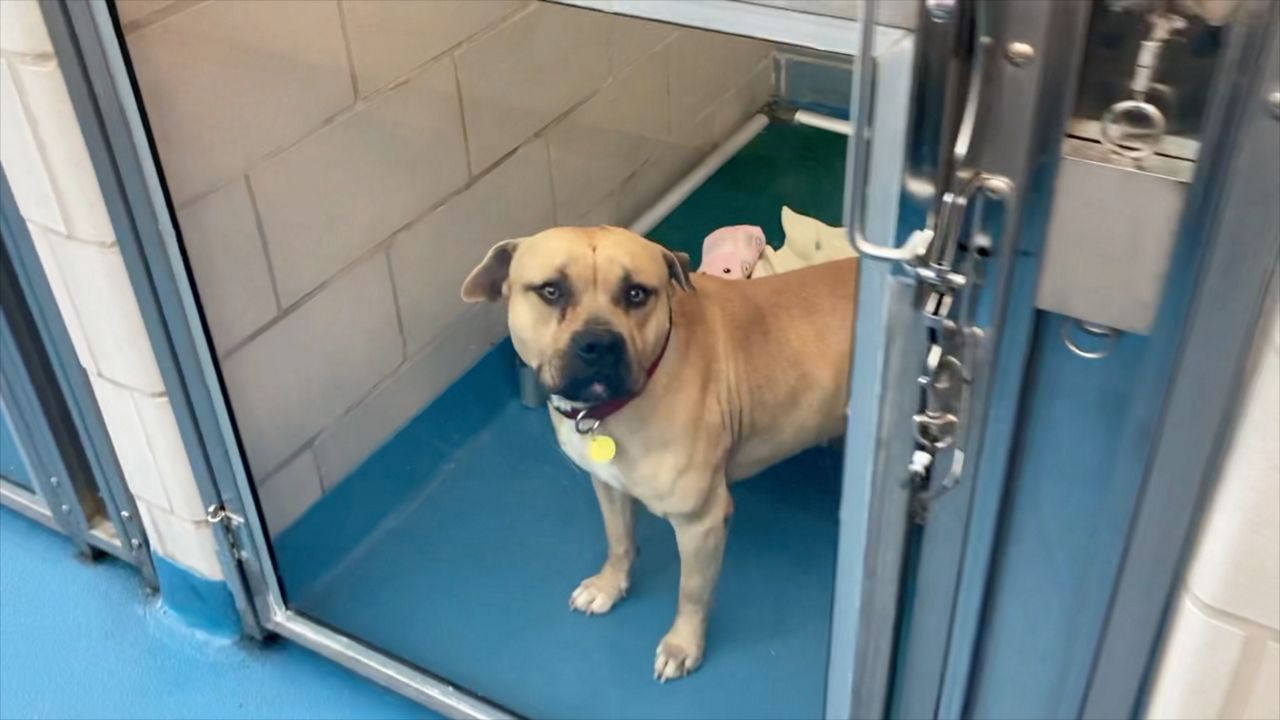 Chained and Cold: North Texas Animal Advocate Speaking Out About Dogs Left Outside

TEXAS – Across the state, reports of dogs and other animals dying after being left outside in this week's extreme weather are rising.

In Houston, one man was arrested this week after leaving eight dogs outside in freezing temperatures. Those not facing formal charges are being blasted on social media by neighbors for leaving their animals neglected and unsheltered as temperatures stay below freezing.

For animal activist Shelby Bobosky, the pictures being posted on Facebook of dogs suffering outside in the snow are a grim reminder that work needs to be done.

She’s the executive director of Texas Humane Legislation Network (THLN) – the only Texas-based nonprofit organization focused on addressing unjust state animal welfare laws. Bobosky says she and her small staff are working to stop animal cruelty and abuse before it starts.

The organization recently celebrated helping save the state’s Licensed Breeder Program after what Bobosky calls an “intense grassroots and lobby outreach” to maintain the program which ensures puppy mills won’t be able to legally operate across Texas.

This week she and her staff of three employees have received an influx of people in communities across the state notifying THLN of animals being neglected in the snow.

“Our hotline has basically been shut down by the hundreds of calls,” she said. “I currently have 80 voicemails and hundreds of texts because people are so concerned about these dogs that have no shelter right now, especially the first couple days.”

Also busy with calls this week is Dallas Animal Services. General manager Jordan Craig says her staff’s workload has more than doubled over the last week. They're getting a large amount of high-priority, weather-related calls.

Many of those calls have reported animals in critical conditions. She says her staff has been getting to as many calls as possible with icy road conditions slowing down their operations.

“It just kind of hits you mentally,” said Bobosky with tear-filled eyes. “We need to use all these pictures we’re seeing and share them with our legislators and say this is what's happened in your district, you really need to support this bill.”

That bill she’s talking about is the Safe Outdoor Dogs Bill. she hopes if passed it would make the state a more humane, especially when freezing temperatures threaten lives.

“The current statewide tethering law is unenforceable and not a single ticket has been issued under it since it passed in 2007,” she said. “The Safe Outdoor Dogs Bill will effectuate change for thousands of animals, especially those that we have seen over the last couple of days. These dogs that live outside.”

Bobosky hopes when people see dogs suffering outside in these freezing temperatures they’ll speak up and advocate for the voiceless.

“Your pets are your family, and people care,” she said. “When they see that visual of a dog outside on a chain, with no shelter and it's eight degrees – they're going to make calls and they're going to do something.”

Craig encourages those who see pets outside without access to adequate shelter or fresh (not frozen) water when the actual or perceived temperature is below 32 degrees to call 3-1-1 to report it or make a service request online through the OurDallas app.

Bobosky says animal neglect isn’t always a case of intentional malice, but rather a lack of understanding that dogs and other animals like humans can’t survive being outside during these colder temperatures. She says If it’s too cold for you, it’s too cold for your pet.

THLN’s currently focusing on supporting those who call about freezing dogs by providing the resources they need to help law enforcement officers take action before it's too late for unsheltered dogs.

“If you see a dog outside without shelter for extended periods of time, please document everything and report to your local law enforcement and animal control,” said Bobosky.

She says when the immediate danger has passed, THLN will resume its efforts to pass #HB873 and #SB474 during this legislative session, “Because those bills, which require adequate shelter for outdoor dogs, will save lives during the next period of extreme weather.”

If you're interested in receiving updates about the bills THLN are lobbying, you can sign-up for their Action Alerts at thln.org/join.