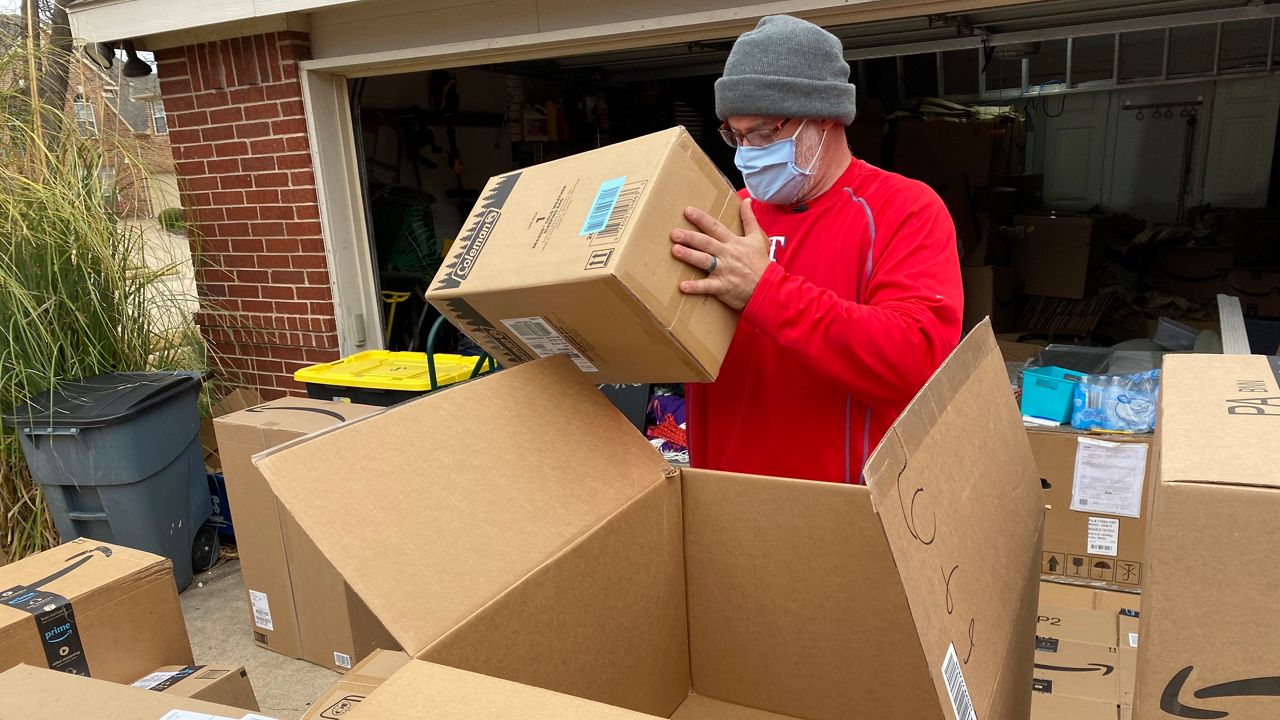 TROPHY CLUB, Texas – A North Texas man put out a call for sleeping bags to give to people sleeping on the streets. This year the response he’s seen is greater than he ever imagined.

“I never know from day to day what’s coming, what I’m going to get,” said Chris Bailey while slicing open one of a dozen or so boxes sitting in front of his Denton County home.

What’s in the boxes isn’t really the mystery – it’s more a question of, “How many?”

When he slices open box after box, Bailey pulls out large, fluffy sleeping bags which he tosses in a steadily growing pile.

It’s the kind of sleeping bag you’d want for a camping trip into the woods, but it’d take an awful lot of camping trips to use the entire collection.

Bailey takes the pile of bags and adds them to a throng of identical sleeping bags piled in a hauling trailer in his driveway. 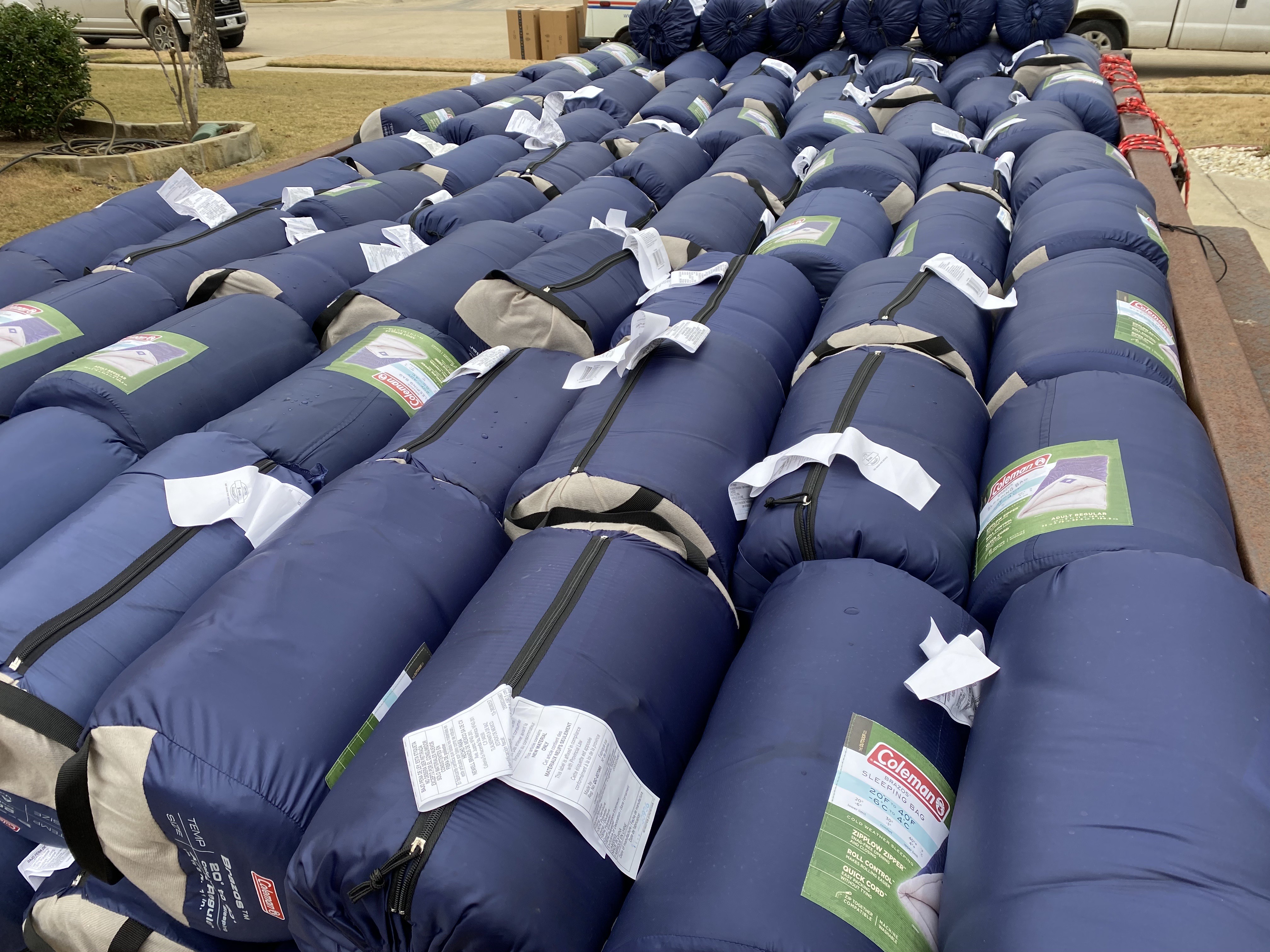 “We can help some folks out, you know,” he said, while securing the bags in the trailer.

Those folks are the thousands of people experiencing homelessness in the Dallas-Fort Worth area. According to the Metro Dallas Homeless Alliance’s annual homeless count, there were 4,538 people who reported homelessness in Dallas and Collin County in 2019, with 1,452 living unsheltered. That doesn’t even include people in Tarrant County or in Bailey’s home of Denton County.

With those numbers are only growing in DFW and across Texas, Bailey decided a few years back to get involved.

He formed a Facebook group called Everybody Love Everybody to encourage people to spread love where they can. Bailey took things a step further by taking on a sleeping bag drive for the homeless; an idea he got after seeing reports of a person in Philadelphia doing the same.

Bailey launched an Amazon Wishlist containing just one item - the Coleman sleeping bag - with a request for people to send as many possible.

That first year, Bailey said he got bags by the dozens, then by the hundreds in subsequent drives. But this year, word of his efforts has spread and the response has left him overwhelmed.

“I thought we might hit a thousand. Well, obviously, we passed that now,” said Bailey.

For weeks now, he’s been getting an average of 10 delivery trucks a day arriving at his home in Trophy Club. Some trucks bring a handful of boxes while others drop dozens in front of his door; all of them packed with sleeping bags that people have bought and donated to his cause.

Bailey said his work donated the trailer he stores the bags in, and so far he’s made trips to homeless shelters and to popular streets throughout DFW to distribute them.

With the pandemic still raging, Bailey said he gives most of the sleeping bags to advocates who then hand them out, but when possible he prefers a more personal handoff.

“I like meeting the people. I like handing them out myself on the street and asking people their name and getting to know them a little bit,” said Bailey.

The pandemic also has Bailey realizing that the need for this kind of effort may be greater than ever. 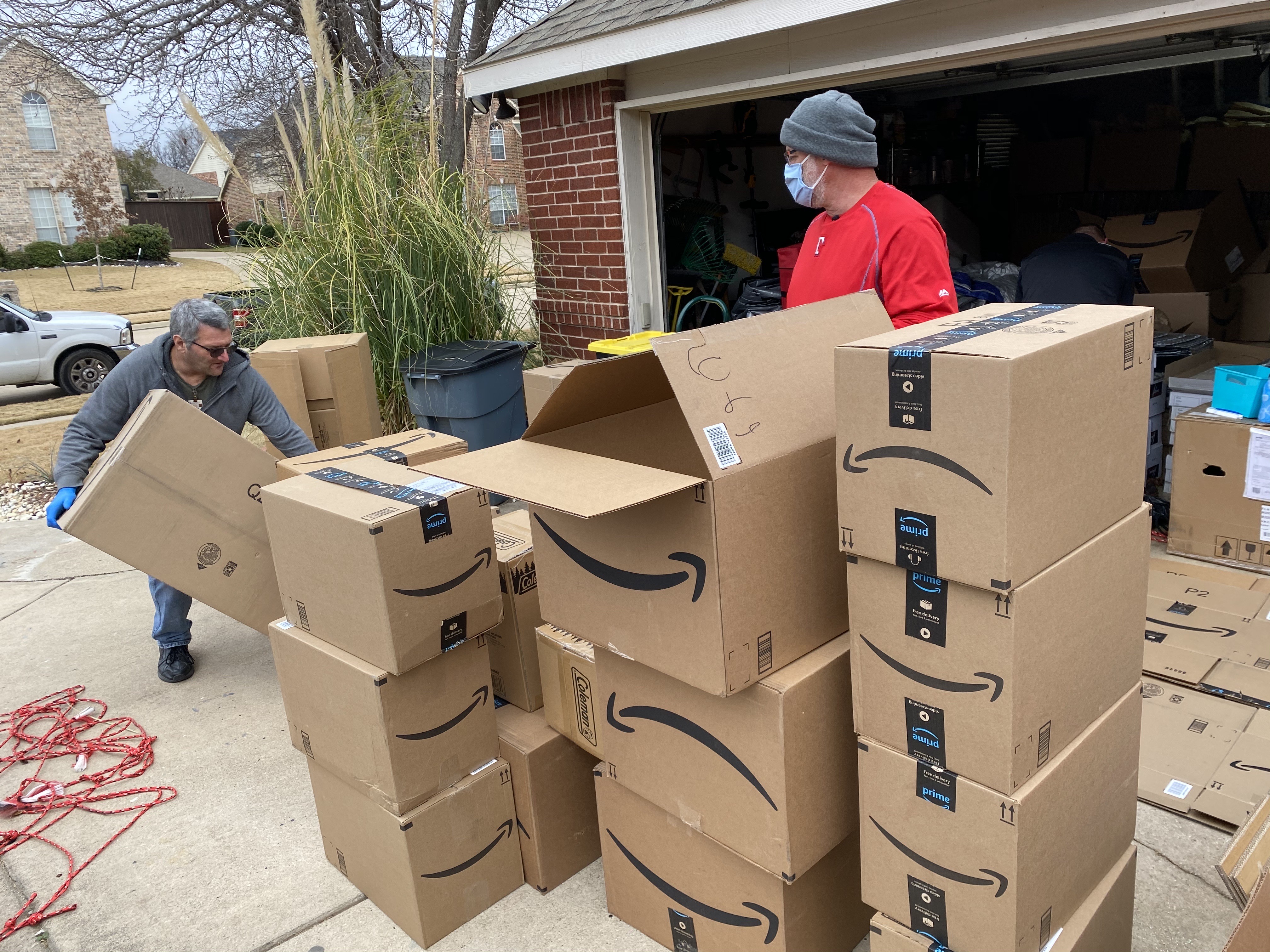 According to a new study by the Economic Roundtable, the pandemic is expected to cause twice as much homelessness as the Great Recession caused in 2008.

With a grim outlook adding to an already large problem, Bailey realizes that this sleeping bag drive won’t be the last for him. After all, he said those bags probably won’t look so new after a few months on the streets of Dallas and Fort Worth.

His sleeping bags aren’t going to solve the problem, but Bailey hopes they’ll provide a bit of warmth for someone out there. He’s happy to offer his time giving that hand up from donors to his neighbors in need.

“While that is a whole bunch and I’m very, very pleased with that – it’ll never be enough,” said Bailey.