A child's shadow appears in this stock image. (Pixabay)

LEWISVILLE, Texas — As the COVID-19 pandemic took hold last spring, many theorized about the negative effects it could bring to people’s mental health and worried about the safety of children who could face abusive backlash from the situation.

Nearly a year later, it appears those fears may have come true. Some child advocacy experts report a serious spike in reports of violence against children.

The lobby of Howell’s center in Lewisville was empty when we visited but staff said there has been little rest there for the past several months. Initially, Howell and many in the advocacy sphere saw major declines in abuse reports as the pandemic began and families locked down for months to stop the spread.

She says the abuse didn’t stop during that time, though; the reports did.

“Incidents of abuse is almost always reported to teachers. They’re our primary reporter, and without teachers to report to, kids have been holding it inside and maybe abuse has gotten a lot worse,” said Howell. 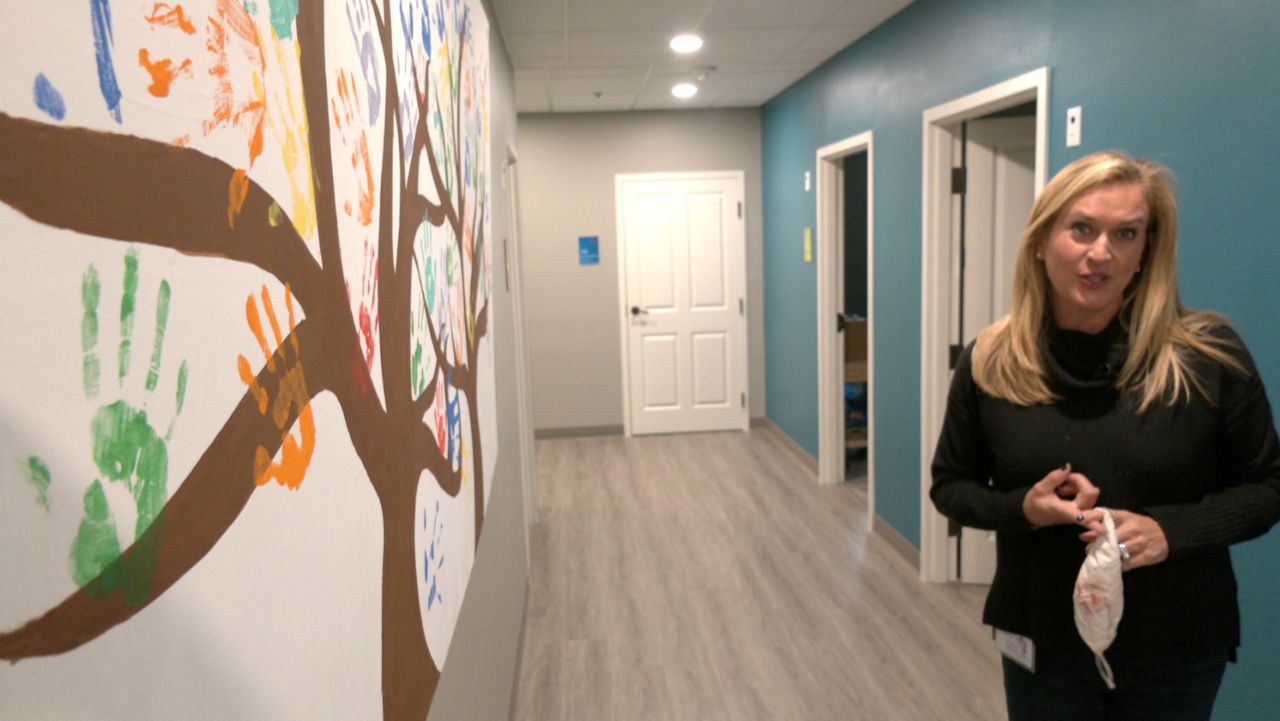 Kristen Howell, CEO of the Children's Advocacy Center for Denton County, appears in this image from January 2021. (Brian Scott/Spectrum News 1)

The result: as many students returned to class the reports started flooding in, and clearly, Howell said, the pandemic had taken its toll.

The Denton County Advocacy Center says an overwhelming majority of abuse cases involve sexual abuse. Howell said it averages about 80% of the cases with the other 20% being violent physical abuse. With the pandemic, though, she said the numbers have shifted closer to 60% sexual abuse and 40% physical abuse including a rise in fatalities and serious injuries.

Howell said it’s for all of the reasons a lot of people guessed it could be when this all began.

“Families are more stressed than they’ve ever been, so things like physical abuse have increased,” she said.

It’s not a problem exclusive to her center. Howell said colleagues in her field also report a rise in cases elsewhere. JAMA Pediatrics even reported evidence of the problem internationally when it published a study from the United Kingdom last fall showing abuse-related head injuries on the rise in children as the pandemic has raged on.

The councilors, law enforcement, and advocates at Howell’s center are understandably stretched as they work to aid all of the additional kids and families in need of help, many of them coming to the center virtually now rather than in person. Luckily, she said, help for their Denton County efforts, at least, haven’t fallen off in these tough times. Howell said donations and contributions from the community have remained strong throughout the pandemic, and their partnerships within the community have allowed them to continue their work uninterrupted and focused on the kids.

“The good news is our law enforcement, they may have responded differently because of the pandemic but they’re still actively working child abuse cases. This is priority one,” she said.

Now, she said, what children need from their communities is more people acting as their advocates. She said now more than ever they need neighbors, friends, and extended family watching out for signs of changes or issues for the children in their lives.

Howell hopes that despite the rise in cases and the challenges of the pandemic that the children caught up in all of this will come out stronger, and with help and care from the community, they will recover.

“When kids walk in here, they’re literally thinking about this 24/7,” said Howell. “This isn’t something that they will - that will define them. It will be something that’s part of their life forever, of course, but it doesn’t have to define them.”