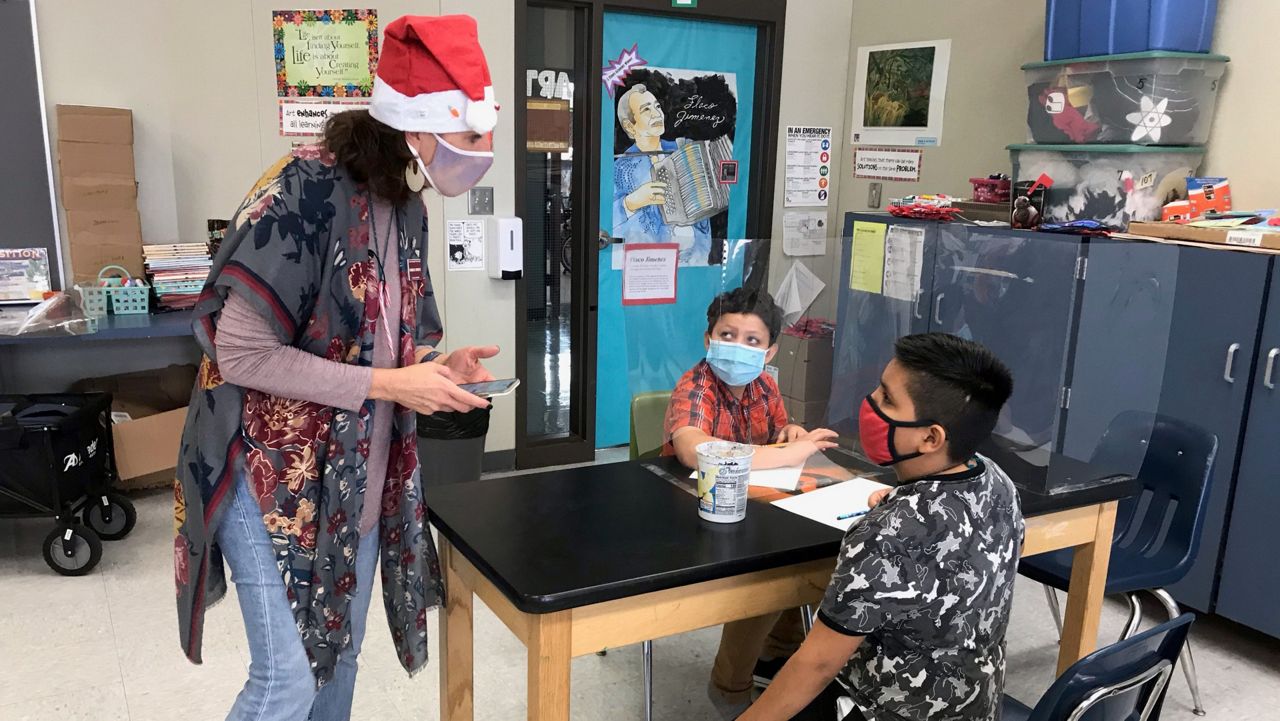 LOCKHART, Texas — It’s never been an easy task to find substitute teachers last minute. But in Lockhart, it’s been nearly impossible through the pandemic - to the point that even school administrators are taking turns filling in.

“Hey guys! Good afternoon,” exclaimed Kim Brents, introducing herself to a class of fourth-graders at Plum Creek Elementary School. “My name is Ms. Brents and I’m your substitute teacher today. I’m excited to be here, but you’re going to have to help me though because I used to be a teacher a long time ago, and then I was a principal.”

Brents is currently deputy superintendent for the Lockhart Independent School District. The elementary school art class Brents was subbing was one of several classes she’s stepped in to help cover this year.

"Unfortunately, because of COVID, teachers are having to be out for longer periods of time,” said Brents, whose job description includes helping facilitate substitute teachers.

To make matters worse, the pool of subs the district typically reachers out to - predominantly older, retired teachers - has been nearly cut in half. Brents said it’s not just a Lockhart problem, but an issue facing school districts across Texas.

"I had 114 subs in our system at the beginning of the year, and after reaching out to them that dwindled down to 63,” commented Brents. “So you can tell how many said 'nope, I'm out.' You know, I mean our teachers have some anxiety about being in here with the pandemic."

Teachers have had to cover two classes at the same time, something Brents said the district has tried to avoid with regard to COVID-19 safety precautions. Other teachers have been asked to cover classes during their typical conference periods.

"Now we do compensate them for that,” said Brents. “But still I mean - I don't know - I'm going onto my fifth class today and I'm pretty exhausted."

It’s why district administrators, including the district’s superintendent, are jumping in to help ease the burden. Brents said that’s just the right thing to do to while the district continues their search for other qualified substitute teachers to address the shortage.