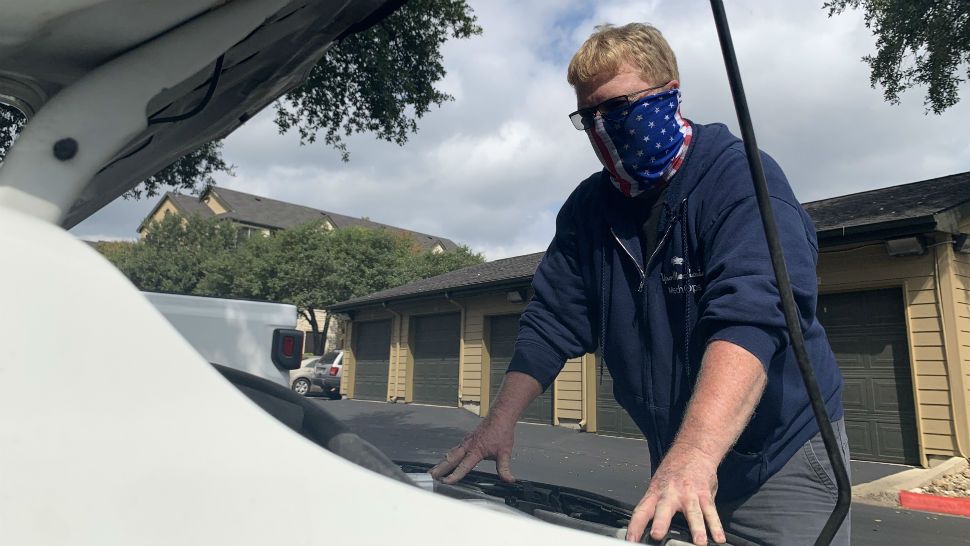 AUSTIN, Texas — Roughly seven months into the pandemic and some Americans are still working from home, which means they're driving their cars a lot less. That has meant some have seen more automotive issues, like buildup of oil sludge which can damage the engine.

"You want to crank it up occasionally, exercise the oil, all the oils in it, drive it around, you wanna exercise the brakes,” said mechanic Randy Davis.

Mechanics have also reported seeing animal infestations, including rat, squirrels, snakes, and birds nests, under car hoods. Which is why it's recommended to tap the hood of the car to warn any unwelcome visitors.

Davis has roughly 30 years of experience under his belt as a mechanic. Now he takes his skills on the road to people's homes to work on their car.

He’s part of YourMechanic.com, a service that connects drivers to mechanics in the area. It’s an alternative for folks who don’t want to go to car shops.

“I can come to their house, to their apartment complex, and do the service right here and we’ll be good to go,” he said. “On the mechanic side, there's the added benefit of choosing when to work. It helps with the family because I get to set my own schedule.”

Leaders with the company say demand for this kind of service continued to rise across the country.

"It's had us see an increase in our demand on the consumer side. We always need more mechanics on our platform because demand keeps increasing," said Anthony Rodio, President and CEO of Your Mechanic.

He added that drivers can trust mechanics to be experienced once they arrive.

The service is available in over 2,000 cities.