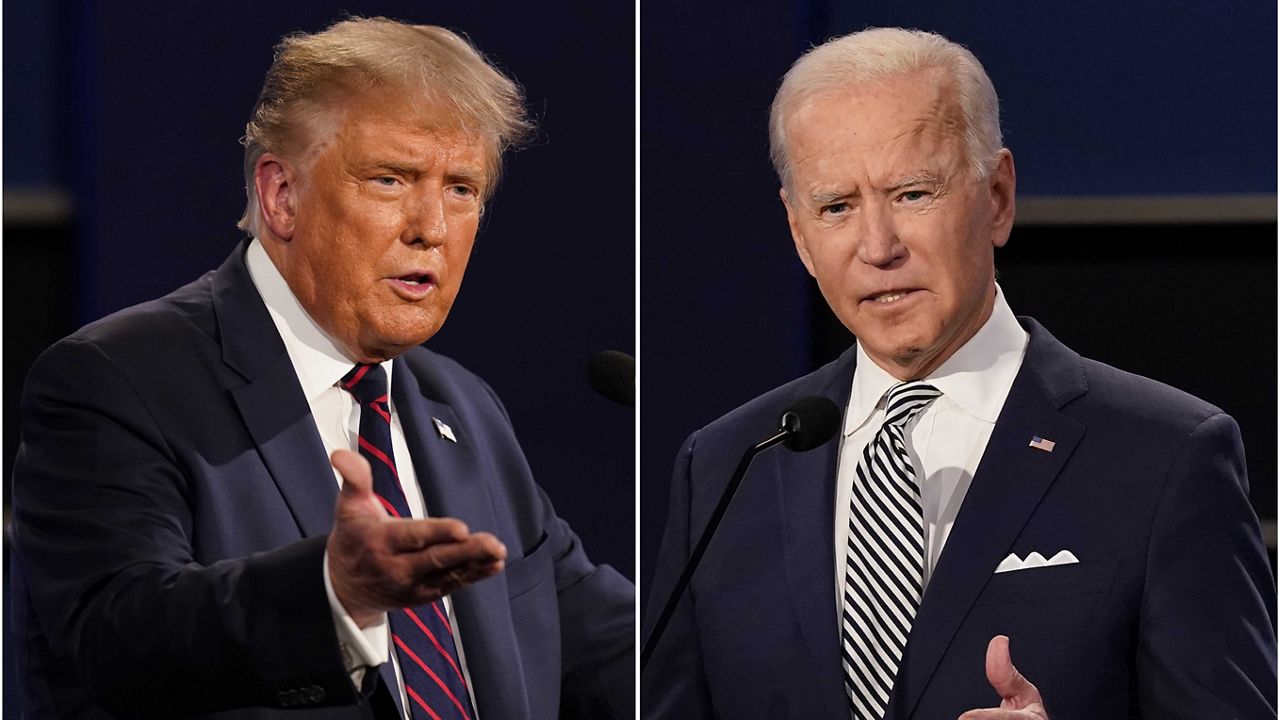 Analysis: What To Expect From the Final Presidential Debate Between Trump and Biden

First a disclaimer. No one knows what will happen on Election Day. Real votes are different from poll results — and it’s only the Electoral College that matters. If the 2016 results showed anything, it’s that expectations are not the same as realities.

All that said, President Trump debates in Nashville tonight as the decided underdog in the Nov. 3 election, according to numerous analyses.

If the Republican is to once again shame the prognosticators, he arguably needs at least two of the following three scenarios:

Yes. But quite difficult, especially as more than 44 million people have already voted as of end of day Wednesday – just shy of a third of the number who voted four years ago.

“Every poll tells us that the pool of undecided voters is shrinking. And that's the audience Donald Trump has to reach if he's going to have any chance of turning this situation around,” Mark Lukasiewicz, dean of the Lawrence Herbert School of Communication at Hofstra University and a former longtime broadcast news executive, told Spectrum News.

“Opportunity after opportunity to approach those few undecided voters seem to be passing by.”

Trump's nationwide approval rating is long underwater. Still, as he readies for his first debate since his COVID-19 diagnosis earlier this month, the president is wielding a risky strategy to drive up his base to even higher turnout, especially in battleground states like Michigan, Pennsylvania and Wisconsin.

Style is very much a part of the appeal – Trump frequently interrupted Biden during the first debate, leading the Commission on Presidential Debates to allow microphones to be cut off during parts of Thursday’s debate.

The interruptions didn’t help Trump’s poll numbers – in fact, they may have hurt. Still, Kathy Cramer, a professor of American politics at the University of Wisconsin, said she wouldn’t be surprised if he did it again.

“His incentive is not to suddenly play by the rules. That has never been his game,” Prof. Cramer said. “He has a lot to gain by conveying to people, 'Look, I'm so willing to stand up for you that I'm going to interrupt these people, these lefty elitists. Right? I'm going to butt in. I'm not even going to let Biden finish a sentence.' I don't see any reason for his behavior to change."

The president also criticized the moderator, Kristen Welker of NBC News, at a campaign rally at Arizona on Monday, calling her a “radical Democrat.” He also apparently abruptly left an interview with CBS’ 60 Minutes this week.

Expect the President to also defend his record on two top concerns: the economy and the coronavirus.

He will likely argue he can restore financial stability, and, even as infection rates climb in much of the country, will probably reassure Americans that the pandemic is trending in the right direction and a vaccine is close. He will paint Biden as addled – a shell of himself now propagated by the radical left.

To the dismay of some, the President has lately zeroed in on unproven accusations of corruption involving Biden’s son Hunter that could reappear on the debate stage. Trump also has insulted Dr. Anthony Fauci as a “disaster” and an “idiot,” even though Fauci holds relatively high approval ratings. It’s likely all of the above will be part of the dialogue.

If that’s not enough, he’s taking to Twitter to amplify the false theory that Osama bin Laden is still alive. To put it mildly, raising that before a national audience would not be advisable.

As the frontrunner, Biden’s role is easier – avoid being sucked into interminable tit-for-tats; project an air of competence, stability and optimism; and raise issues of racial equity to boost turnout among key constituencies.

There are a number of issues where he can be pressed – national security, for one. Biden opposed an immediate raid on bin Laden, differing from President Barack Obama.

Race relations in another; Biden will likely repeat that he is not in favor of defunding police, but could be asked about his past warm words for segregationist senators, and perhaps as well for his position on reparations for descendants of slaves.

Additionally, it is all but a given that the President will try to get Biden to react to any news about Hunter Biden, no matter how flimsy the facts may be.

The judiciary is not listed among the topics, but Biden is also likely to be pressed on his unclear position on adding members to the Supreme Court.

Stylistically, Biden has a tendency to lose himself in sentences; voters will be watching to gauge his coherence, which the Trump campaign, without evidence, repeatedly chalks up to something more cognitive. While Biden didn’t interrupt as much as Trump last time, he drew notice for what he said to the president, including telling him to “shut up.”

Cramer says he’d be wise to keep it calmer.

“He probably isn't going to call (Trump) a clown again,” she said. “You get criticized for that – it's in his interest to look as presidential as possible.”

“The standard rule for any front runner: don't make a mistake,” Lukasiewicz added. “I think this is not a time for Joe Biden to take a risk on the debate stage. He's been talking about his policies for a long time. I think he has to keep to that message. I'm sure that's what his people are telling him.”