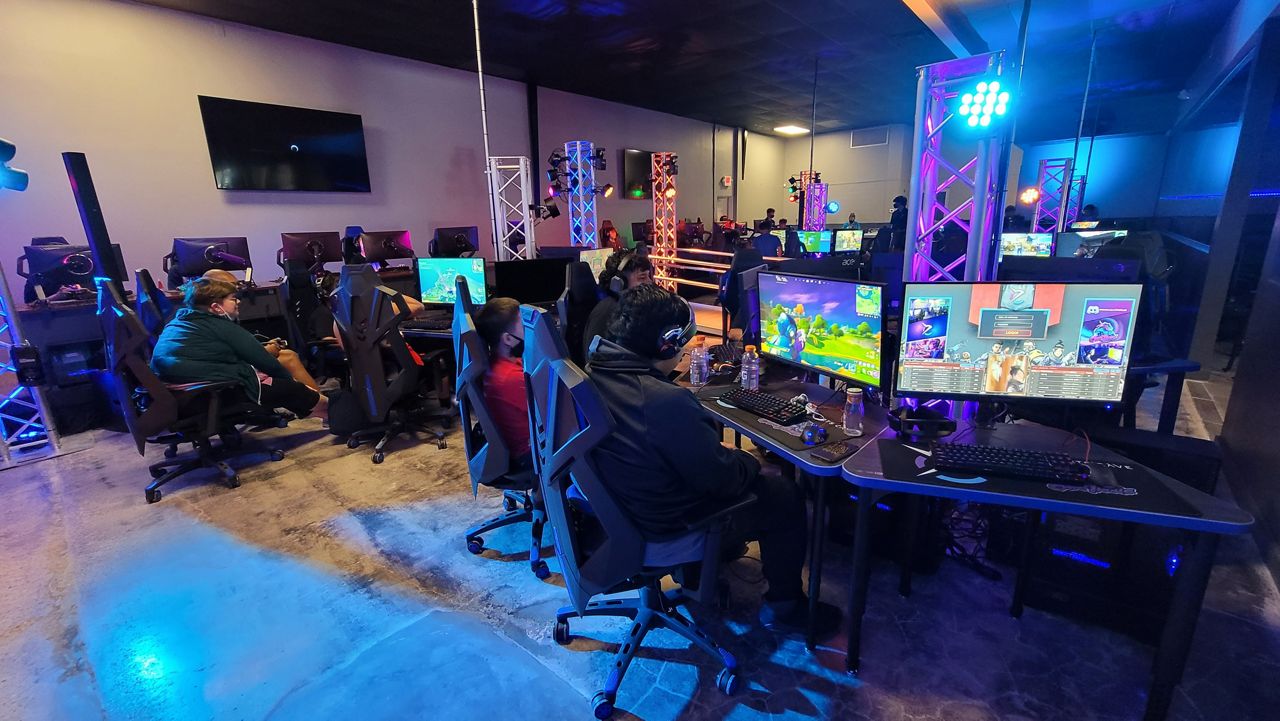 eSports Center Surviving After Opening During the Pandemic

AUSTIN, Texas – Every second and fourth Saturday of the month you’ll know exactly where to find Ronnie and Roxanne Ortiz with their two kids.

“It’s a good chance for my kids to have some competition,” Ronnie Ortiz said.

A free bi-monthly tournament offers a cash prize to the winner at The eSports Cave in Austin, Texas. It’s part of the business’ commitment to the community, even though it has been difficult getting gamers in the door due to the pandemic.

“It’s something my daughter loves to do and could evolve into something more like a college scholarship,” Ronnie Ortiz said.

His daughter Adriana is only 8 years old but plays with kids twice her age at the gaming lounge.

“We are dedicated to providing something for the community to do, even during these tough times,” Connor Stilwell said.

Stilwell opened the business in June with his parents, Jeff and Sue. The family says they are committed to creating a social community where anyone can feel safe.

Part of that commitment includes open space to keep an eye on gamers and registering gamers though a cloud-based management software called ggLeap.

According to ggCircuit, the creator of ggLeap, when The eSports Cave opened in June, a large portion of ggLeap clients were closing either temporarily or permanently.

“We’re in it for the long haul. It’s been my dream to provide this for the community for over a year at this point and we’re going to be sticking it out as long as we can,” Stilwell said.

While Stilwell has banned certain games entirely for sexual content, ggLeap handles the rest, restricting access to certain titles depending on a gamer’s age.

“There are some games that are maybe more violent that I don’t find moral objection to, but I still don’t want to give access to a 12-year-old,” Stilwell explained.

The eSports Cave was a pre-pandemic idea, so opening over the summer came with additional challenges, but the Stilwell family has taken precautions to keep gamers and their families safe. It’s something the family hopes will keep customers coming for years to come

“We’re really strict about where they go and who they’re around. We want to keep them safe. We can’t take the kids to the park right now and have them play around with everything going on. Being able to come here – the tournament is free and the kids enjoy it. We appreciate that,” Roxanne Ortiz said.