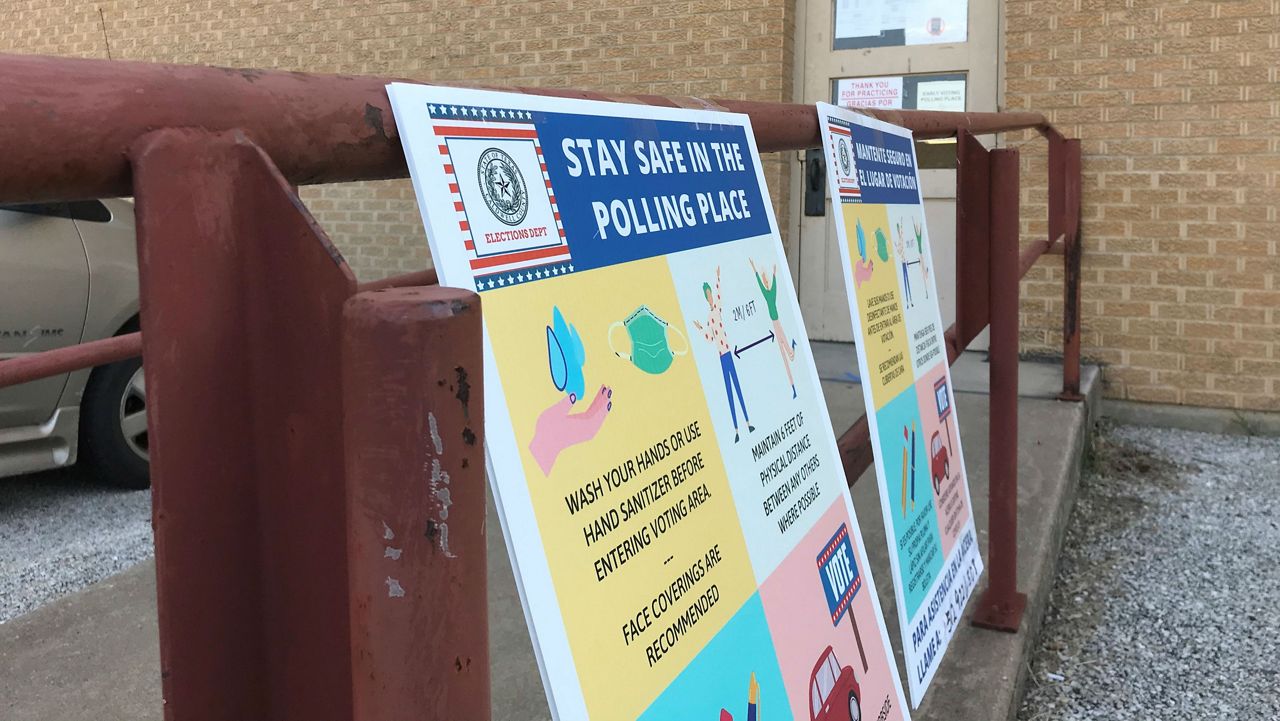 Voter safety signs hang outside a door of a polling place in Luling, Texas. (Spectrum News)

Fear Drives Rural Texas Voters on Both Sides to the Polls

LULING, Texas – A once-booming oil town, the small city of Luling, Texas, is now better known for its barbecue. It’s also home to one of two early voting centers in Caldwell County.

In 2016, Caldwell County voted 55-39 percent in favor of President Donald Trump - they’re expected to lean the same way this year.

“Well, I’m a Republican, let’s put it at that,” said Sue Goehring, whose daughter took her to cast her ballot for President Trump.

Folks like Richard Gragg, who also voted for Trump, said they were voting with their heart. There’s an apparent motivation of fear - fear of what another political party in power might do.

“I’m a gun owner, I’m a Christian,” said Gragg. “As far as Trump, he’s a businessman. He and I don’t see agree on everything, but I just feel it’s best for our country.”

“Yes, Luling is a Republican town – and I’m not,” chuckled Frances Bennett.

Bennett said she knows she’s likely to be in the minority of voters in Luling – she and her friend cast ballots for former Vice President Joe Biden.

Fear is also motivating Bennett to vote as well, a fear of what four more years of a Trump presidency would look like.

“Everything that Trump undid - we need to put back,” said Bennett. “I mean it’s the water, the environment, the taxes for the rich. I mean there’s all kinds of things that just need to be put back.”

The one thing both Bennett and Gragg can agree on, however: not only did they both vote early because they’re passionate about voting, but they simply wanted to be done with it.

“We just want to get it over with. We’re tired of the nightmare,” lamented Bennett.

“Oh, for sure,” said Gragg, agreeing that he wished this election was over with. “I just wish a lot of the times the politicians would sell themselves instead of trying to make each other look bad.”

Unfortunately, the roller coaster the 2020 election is expected to be is far from over. There’s still a little less than three weeks until Election Day - and chances of the race results being contested are high.