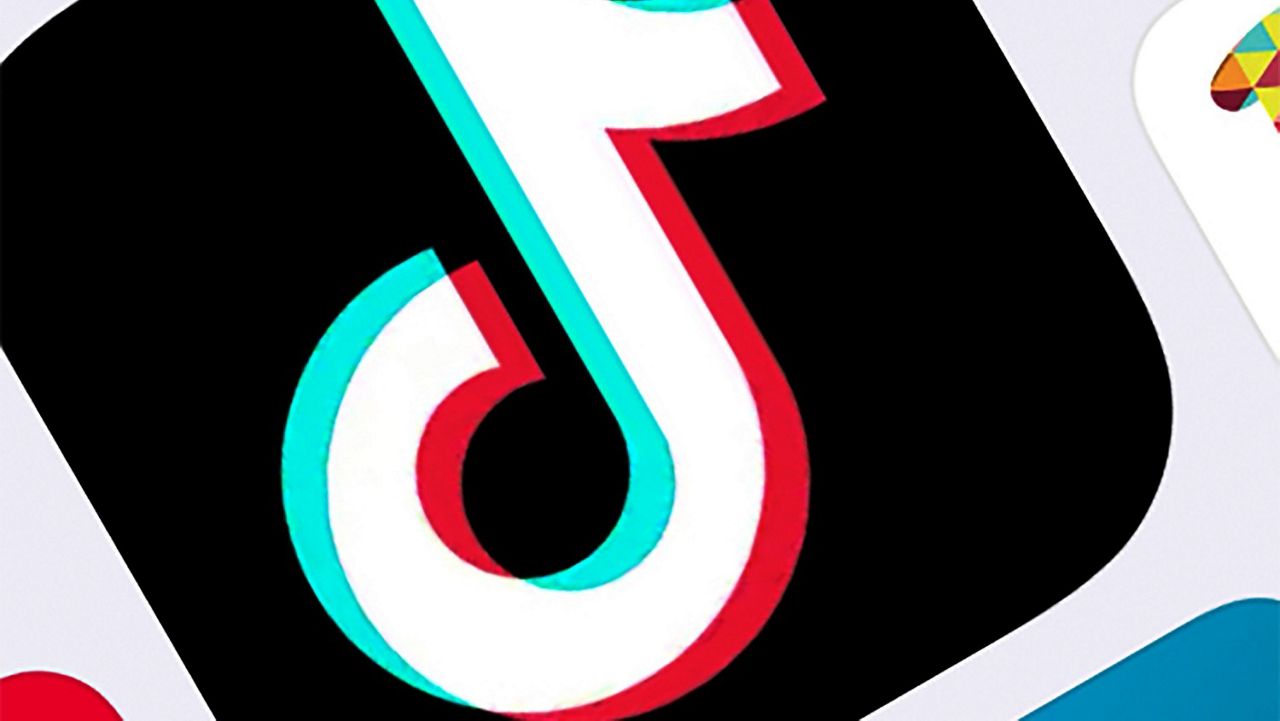 DALLAS, Texas — As the pandemic rages on, and schools reopen for in-person learning, state health officials are thinking about ways to get their message across to young Texans to help slow the spread of COVID-19.

To do so, they are teaming up with some Texas-based TikTok stars with a Texas-sized following, as part of a larger public awareness campaign.

Lately, when you look at My Curly Adventure’s TikTok content, you’ll see posts about enjoying the outdoors safely.  Creator Jessica Serna is a native Texan, who wants to highlight how places and small businesses across Texas are reopening right.

“Here are places that are doing it well. I’m doing a lot to look at places where they're not overcrowded. You know, there's a lot of opportunities to be spaced out,” Serna, who is now based in Dallas, said.

In one COVID-safety post, Serna visited Westcave Grotto in Round Mountain, just outside of Austin. After saying it was a site “that will make you think you’re anywhere, but in Texas,” she reminded followers to wear a mask when they are out and maintain a six-foot distance from others. The video was part of a paid partnership with the Texas Department of State Health Services.

“Being able to pair the hike with the messaging, brought in an extra sense of engagement. People came to see this hike, but then they're also reminded of the message that we're seeing all around. Creating engaging content brings that opportunity to share an important message, share something that someone's interested in,” Serna said.

One of the most incredible hikes near ##AustinTX. Remember to wear a mask around others & keep a 6 foot distance. ##HealthyTexas ##ad

The state is spending $6.3 million on a public awareness campaign dedicated to education around the coronavirus pandemic, a budget running from March 2020 to February 2021. DSHS officials told Spectrum News they have budgeted $450,000 so far to influencer marketing across various channels such as Instagram and TikTok, and the median cost for such COVID-safety influencer posts from April through July was $5,466.70.

Dallas-Fort Worth-area native, Parker James created the family-friendly character “StEvEn,” who is the CEO of the “Dino Club.” In James’s TikTok post in partnership with DSHS, StEvEn talks to several stuffed animals donning masks about how COVID-19 spreads. StEvEn encourages them to carry hand sanitizer, wash hands for at least 20 seconds, and physical distance. The 19-year-old James has more than 6 million followers on TikTok.

“It’s funny. They're like, ‘Oh my gosh, this is a funny video, but it's educational.’ You know, it's just fantastic feedback,” James said.

How to beat coronavirus..Don’t touch your eyeballs nose or mouth with dirty hands! ##HealthyTexas ##ad

The video has the hashtag #HealthyTexas, and has been viewed more than 7 million times on the app since it was posted on August 1. James said this sponsorship deal cost less than usual, because it was “for a good cause.” He also personally understands the importance of needing to stay safe.

“I was totally down. I was like, ‘Oh my gosh, so let's get on this right away.’ Because my dad has a compromised immune system, because he just got done battling with cancer, you know, he beat it, but I still had to be very safe. I thought this would give me a chance to speak not only to, you know, the state of Texas, but to my fans, about the severity of the situation, but do a fun and upbeat manner, to where it's more appealing to those kids that don't necessarily watch the news as much as some adults do,” James said.

Texas DSHS officials said TikTok influencer posts have spent less than 14 percent of the overall campaign budget, but have generated more than 45 percent of overall campaign engagements, allowing it to become “one of the most cost-effective engagement-drivers across campaign channels,” a spokesperson said in an email.

From April through July, influencer efforts were seen just under 24 million times, according to DSHS.

“When people think that, you know, all the other fans of so and so are doing this, they're believing this, they're adopting healthy behaviors such as wearing masks, they are more likely to do it themselves,” Tang said.

Tang who has researched social media communication during the measles, SARS, and bird flu outbreaks, said, however, even the vast range of those platforms has some limitations. She said communicators need to work to appeal to people’s emotions.

“People are not that rational, even when they know like smoking is bad people still smoke. So, the same thing can be said about, you know, all these health prevention methods that we're trying to promote in terms COVID-19,” Tang said.

Some social media stars say if the videos can bring about the end of the pandemic a little sooner it’s worth it.

“I myself just like everybody else want this whole thing to be over. So, the sooner you start being more careful with everything, then it'll end,” James said.

The state is trying to meet young people in a popular space, and get them engaged about their health.

“I love Texas, so anything that I can do to make help Texas be better or make our place a more welcoming state, any of that, I'm excited about,” Serna said.