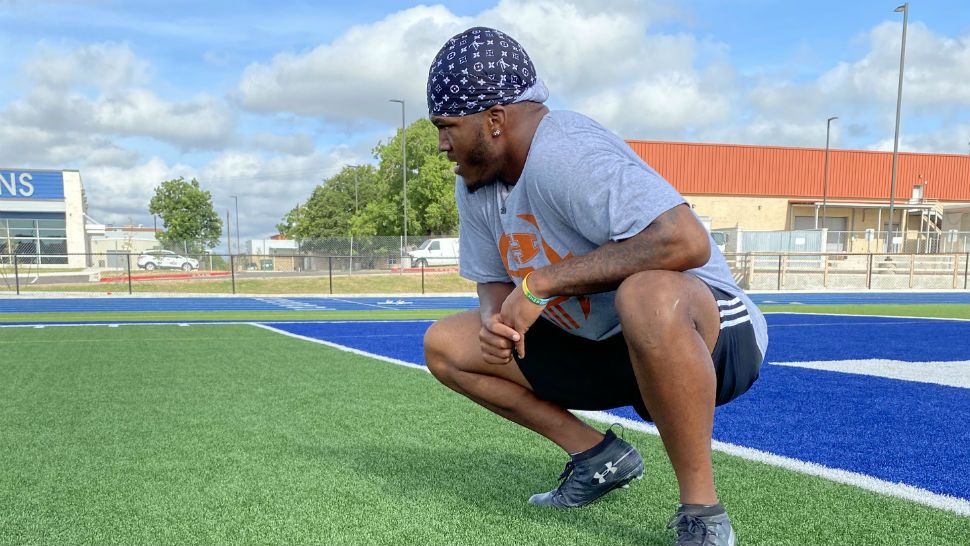 HUTTO, Texas — Landyn Watson has played varsity football since his freshman year. He is one of the Hippos top defensive lineman and is primed for a big senior season. He’s played mostly along the defensive line but expects to get more time at linebacker this season.

“I feel like I’m going to be able to show a lot of my versatility that I haven’t been able to show,” says Watson. “A lot of people don’t know that I’m fast, I can move in space, I can cover, I can play offense. Really hoping we can get a season going so I can showcase those talents:

Recruiting: Watson has received college interest since his freshman year. At one point he was committed to LSU, but eventually backed out of that commitment. He had offers from programs all across the country, but recently committed to TCU and plans to sign with the Horned Frogs.

“It’s definitely a blessing but at the same time on Friday nights I become more of a target to people,” says Watson of being a highly-rated recruit. “Just me having to stay humble during the process and not getting too ahead of myself.”

Off the field: A lot of Watson’s focus is on the game of football. Whenever he’s done playing he hopes to stay around the game as a broadcaster.

“I want to be an ESPN analyst and talk on ESPN about the game,” says Watson. “I feel like I could sit here and talk about football all day, that’s something I have a passion in and would love to do.”