After 100 Days of Quarantine, What Have We Learned?

When did this start?

You may use different math. Perhaps in your mind, the beginning was the first report of a cluster in Wuhan, China (New Year’s Eve, 2019).

Or perhaps March 11: the severity of this pandemic seemed to finally take hold in the United States. President Trump spoke from the Oval Office, the stock market plunged, the NBA suspended its season and Tom Hanks announced he and his wife were positive.

My count begins from when my daughter’s school closed along with all New York City public schools, March 16. We just passed 100 days since then. 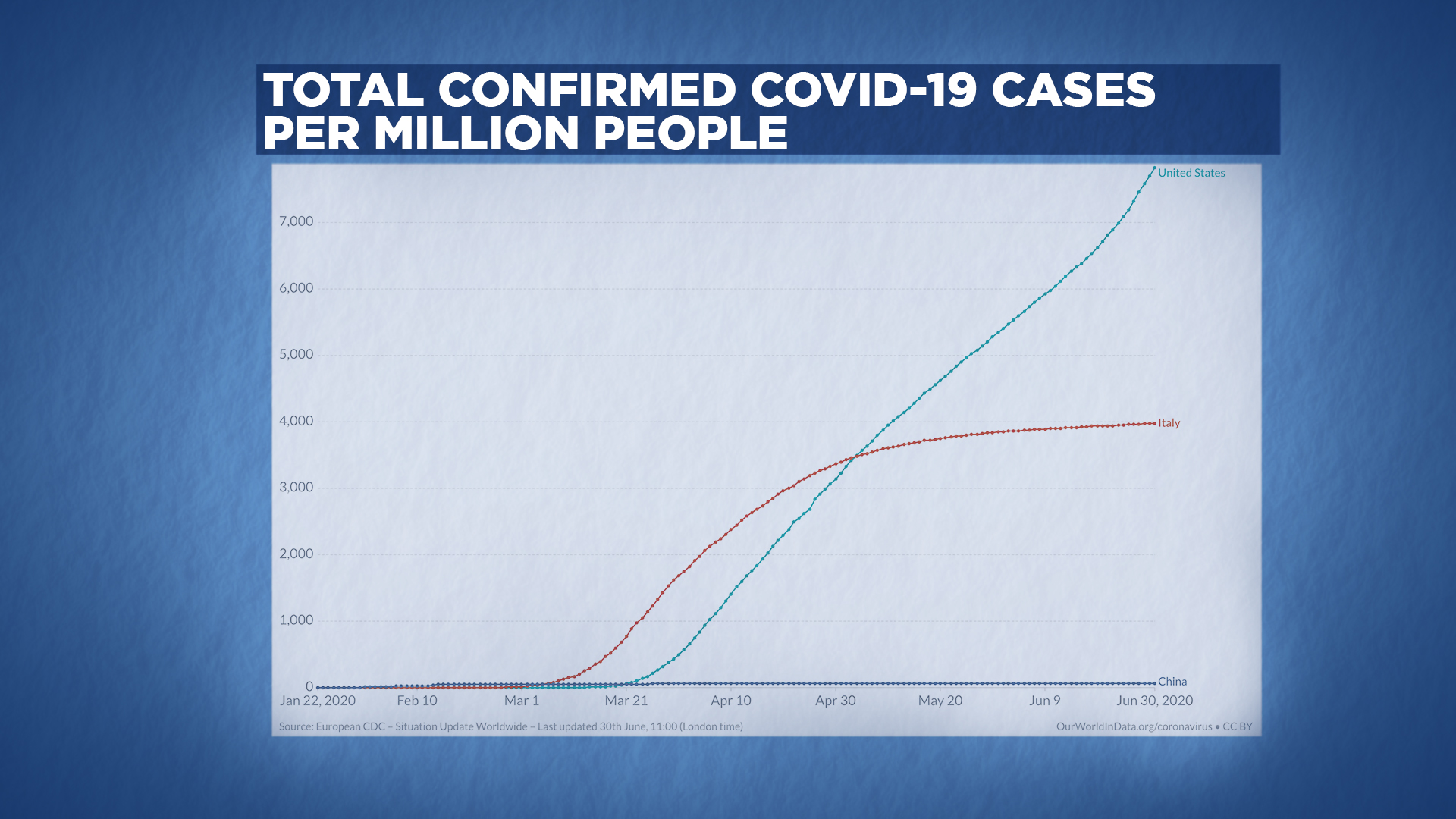 What do you remember about that day, 100 days ago?

I remember: My hands bled from washing again and again; leaves stubbornly stuck in tree buds; a forever cold rain on Brooklyn streets; doubt and worry dueling with showing a brave face.

In China, an American teacher I interviewed around then, Kevin Shea, was slowly emerging from eight weeks of quarantine in his apartment in Nanchang, about 200 miles from Wuhan. He practically shouted into the phone; Shea couldn’t remember the last time he had talked with someone. (He couldn’t speak Chinese.)

Security (either government or the local building complex) kept him and everyone else locked in their homes, allowing brief exits twice weekly after temperatures were taken and apps were swiped. Any sign of fever, and you are taken away to a “fever hospital.”

“China beat this damned thing in just a couple of months, but they did things that the average American would puke over, that they couldn’t handle,” he told me then.

I phoned Italy next; the virus had just tore through the region around Milan, in the north. Italy had just surpassed China in the case count, and it was growing. A quarantined tour guide in Milan told me about a church few tourists visited. A priest put a note on the door praying for help. It was addressed to Sebastian, the sainted protector against the plague.

Restaurants and workplaces were closed under government order; you weren’t allowed to leave your homes, although the restrictions weren’t nearly as onerous as China’s.

If you’ve gotten this far, you probably see where this is going as we round 100 days later.

This week, I caught up with Shea as he was trying to leave China and visit family in the U.S., and also with Italian tour guide Vera Chiozzotto, to see what’s happened since, as China and Italy emerged from difficult weeks locked inside.

Shea on China: “Most people still wear masks, but most restaurants and stores are more or less back to normal. One thing I like to see is all the construction and repairs going on, as all those people were out of work for months."

The country “seemed to be on the brink of normal” but for outbreaks, including one in Beijing, which prompted another crackdown that required everyone but essential workers stay at home.

This virus spreads fast, so I won’t minimize it — but what kind of “outbreaks” are we talking about? Chinese authorities reported 14 cases Monday in the entire country (population 1.4 billion); that’s a quarter of the daily cases in Coconino County, Arizona (143,000) in a single day last week. 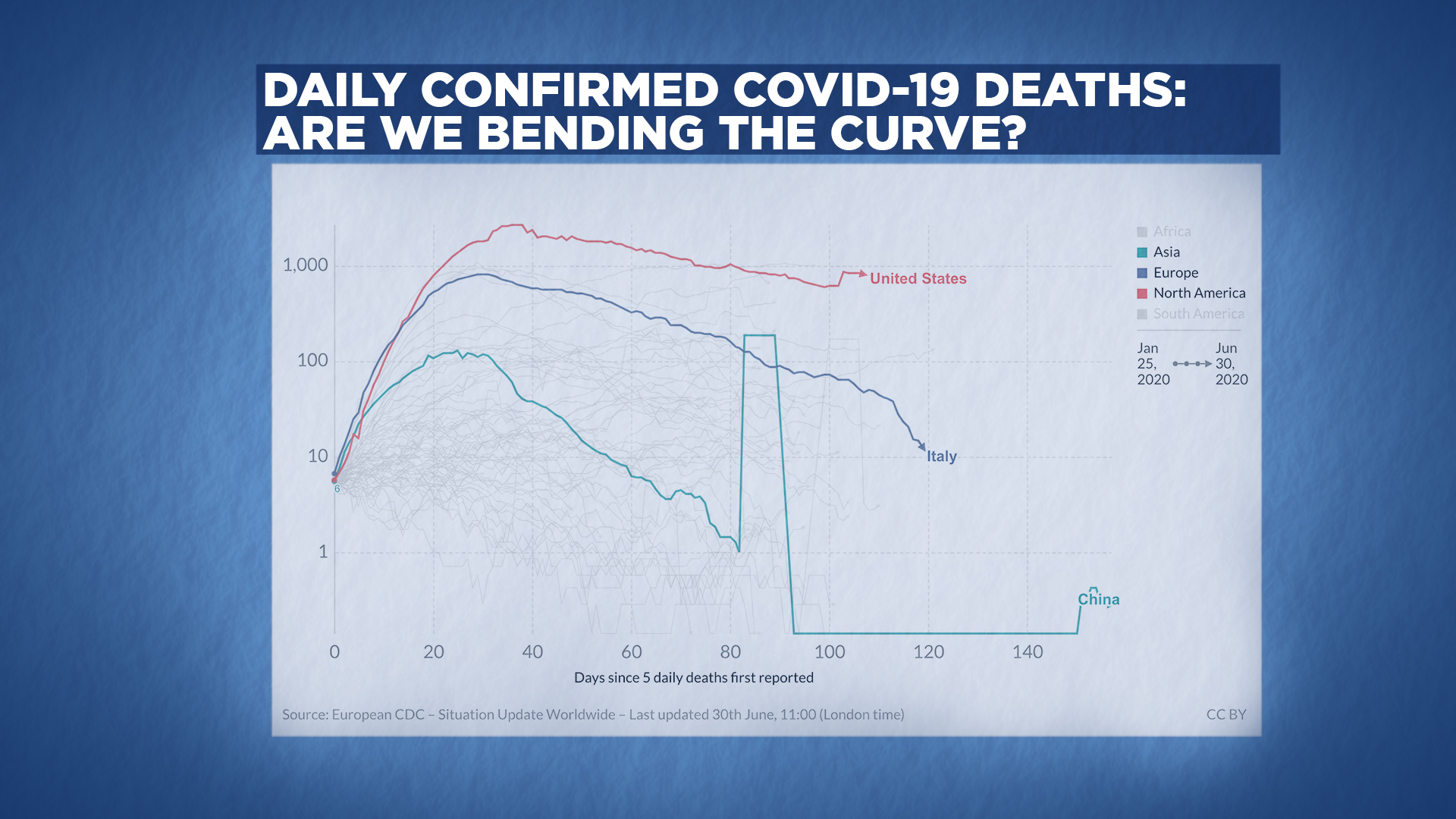 In Italy, Milanese restaurants are again open with tables placed far apart and divided by plexiglass, according to another tour guide, Lorenza Scorti. A trip to the beach requires a reservation. The famous Duomo in Milan is almost empty and probably will remain devoid of tourists, especially Americans, who are banned from travel to the European Union, along with Russians and Brazilians.

Still, “Here life is almost back to normality,” Chiozzotto emailed. “It depends, everyone has a different perception of the current situation. About me, I personally go out a lot, I meet people, I visit places, I bike outside the city, I go out the city with friends camping, doing barbecue and so on.”

According to Our World in Data:

The curve for authoritarian China is flat, flattening for democratic Italy — and rising for the U.S. Fewer people in the U.S. may be dying daily, thankfully, but we keep setting new records for cases. This may not sound as alarming, but hospitals are poised to be overwhelmed. 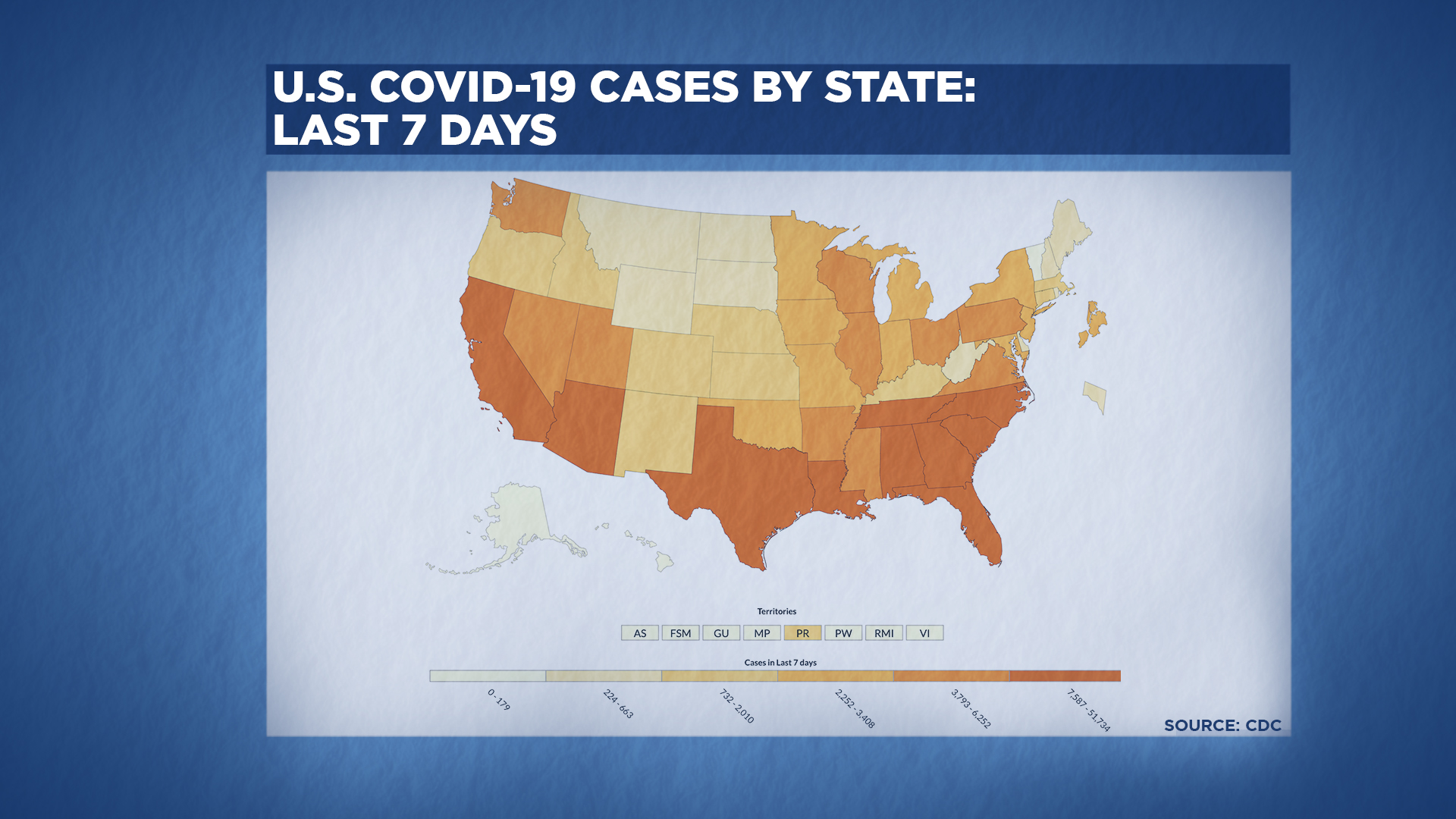 Hot spots are no longer in the greater New York area, where strict quarantines are just easing, but mask laws (and a culture of wearing face coverings) remain very much in effect. Experts say testing nationwide remains inadequate, less than half of what’s required to simply mitigate the virus, according to Harvard researchers. (It would take more than double that to suppress it.)

“About the USA, what is happening there is very sad,” Chiozzotto wrote.

“Too many Americans feel that any restrictions from the government are infringements on their rights,” Shea added. “Too many of them are packing in beaches and the like, so I think it will continue until there is a vaccine. Sadly.”

We know what happened over 100 days.

What will happen over the next 100?