AUSTIN, Texas — You probably haven’t seen it yet, due to the coronavirus pandemic, but the George Washington Carver Museum, Cultural and Genealogy Center has a whole new look.


Two weeks before people in Austin were ordered to stay at home, the museum unveiled its new core exhibition: The African American Presence in 19th Century Texas.

The museum’s previous core exhibition was put in place back in 2005. The Carver’s former lead curator Bamidele Agbasegbe-Demerson put the theme and skeleton in place for the new exhibition. In 2019, Agbasegbe-Demerson moved on to become the chief curator of the African American Museum and Library at Oakland. The Carver’s new lead curator Carre Adams took over the project and brought the new exhibition to life. 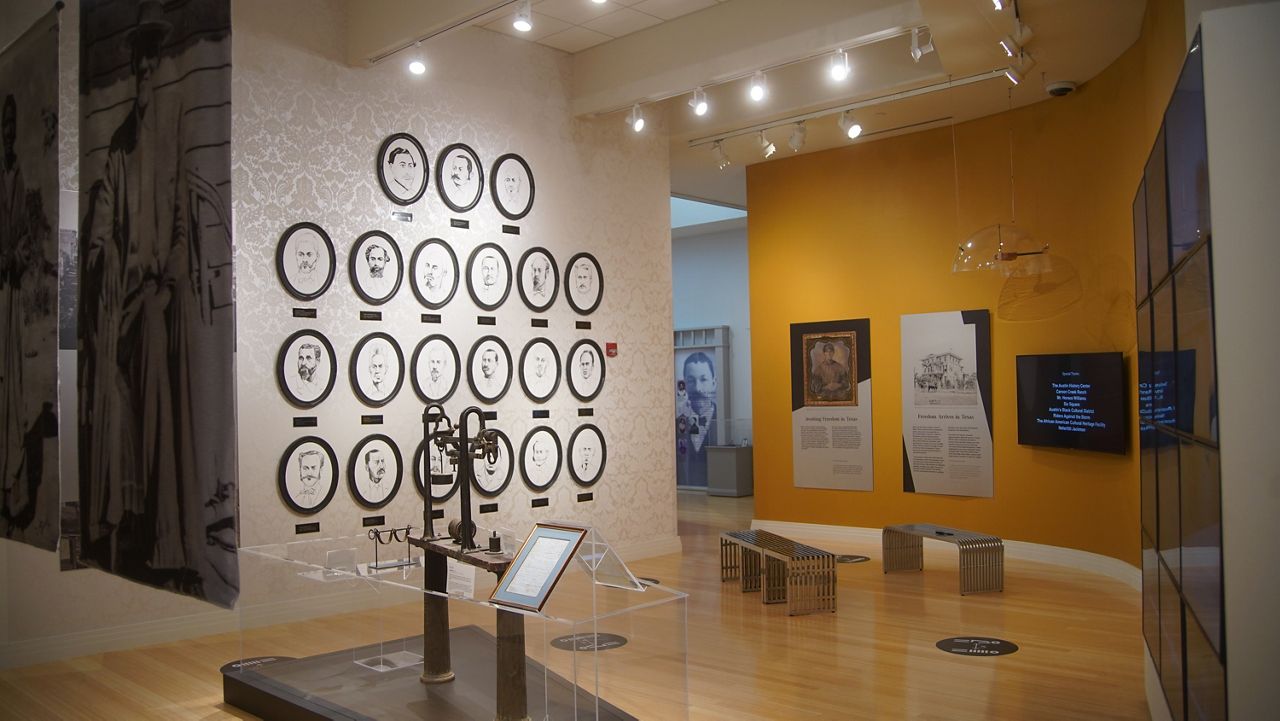 “The focus of this exhibition is on Black life in Texas in the 19th century,” said Adams. “We look at the original narratives of formally enslaved black folks. We also examine the presence of African Americans in the Texas legislature. We look at also the development of freedmen’s communities in and around Texas.”


“I think it’s something that makes the exhibition so elegant,” said Adams.

Some of the items on display are from the museum’s own collection. Other items were sourced from around Texas and even places as far as the New York Public Library.

The project’s main archivist Alan Garcia helped the museum procure photographs that have never been published before.

At the entrance of the exhibition is a wall made of 3D wave forms and faces. The wall holds old photographs of Black Americans. It’s a monument of sorts to black lives that are no longer with us. 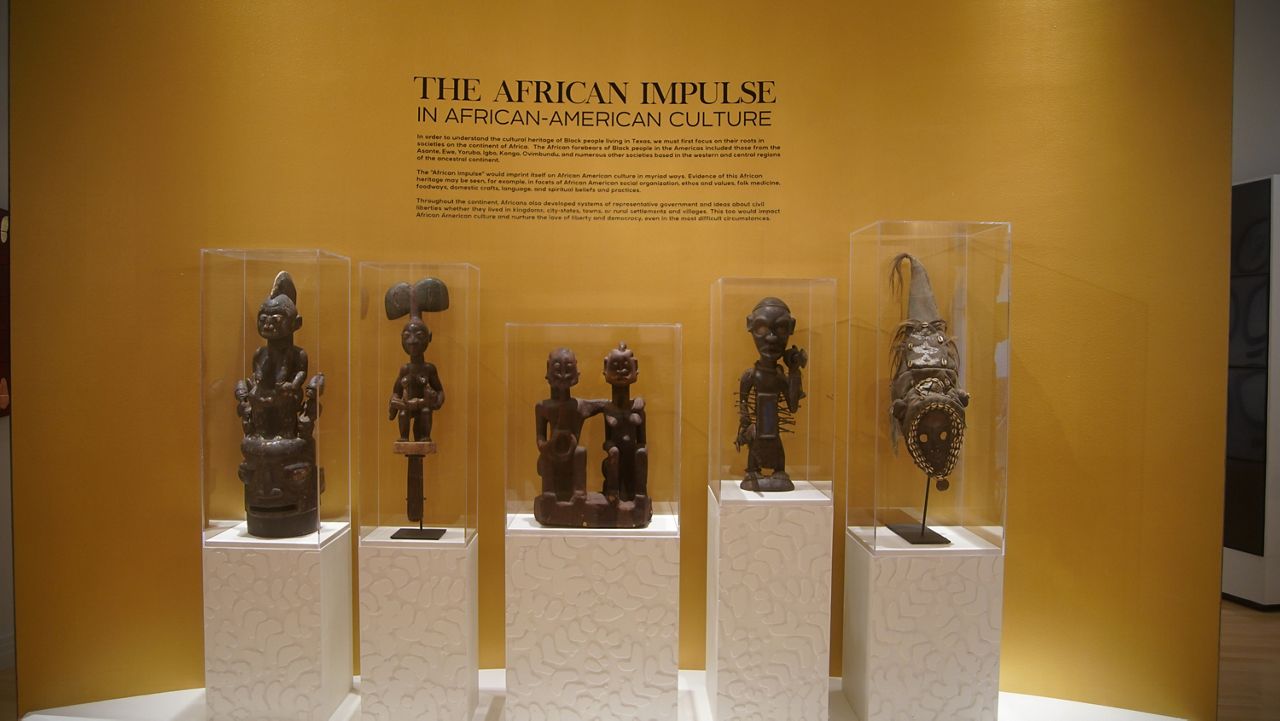 The museum has glass display cases containing artifacts from Africa.

“This figure right here is an nkisi nkondi,” said Adams, pointing to a wooden sculpture that appeared to be covered in pins or nails, “It’s from the Republic of Congo. These are power figures that have been embedded with spiritual energy. Typically, nkisi’s were owned by entire families.”

The exhibition aims to show how customs from countries in Africa survived the journey across the Atlantic.

In the exhibition, viewers will also see shackles that were used in the transatlantic slave trade. Near the shackles are a bill of sale for a teenaged boy and a 19th century marriage certificate. 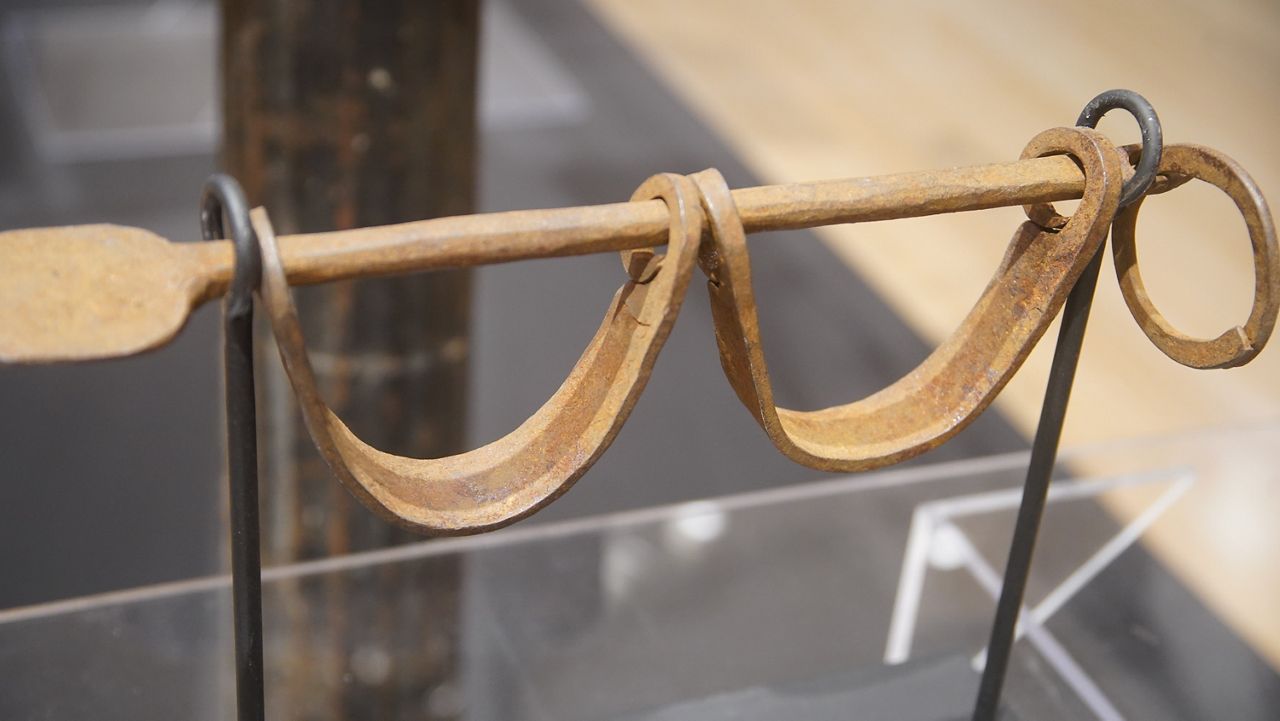 “When we opened the exhibition, there were people that were crying when they were sort of interacting with the slave narratives and artifacts that we have here because I believe these artifacts have energy with them,” said Adams. “Thinking about all of the lives that these artifacts touched.”

One of the museum’s missions has been to educate the public about Juneteenth.

“I think it’s important because there has been historically a real resistance to understanding how the United States became an economic and militarized super power. It was the result of the labor of enslaved Africans,” said Adams.

When Black Texans think of Juneteenth, parades, picnics, and music often come to mind. But even though it is a celebration, Juneteenth is also memorial to America’s dark past. 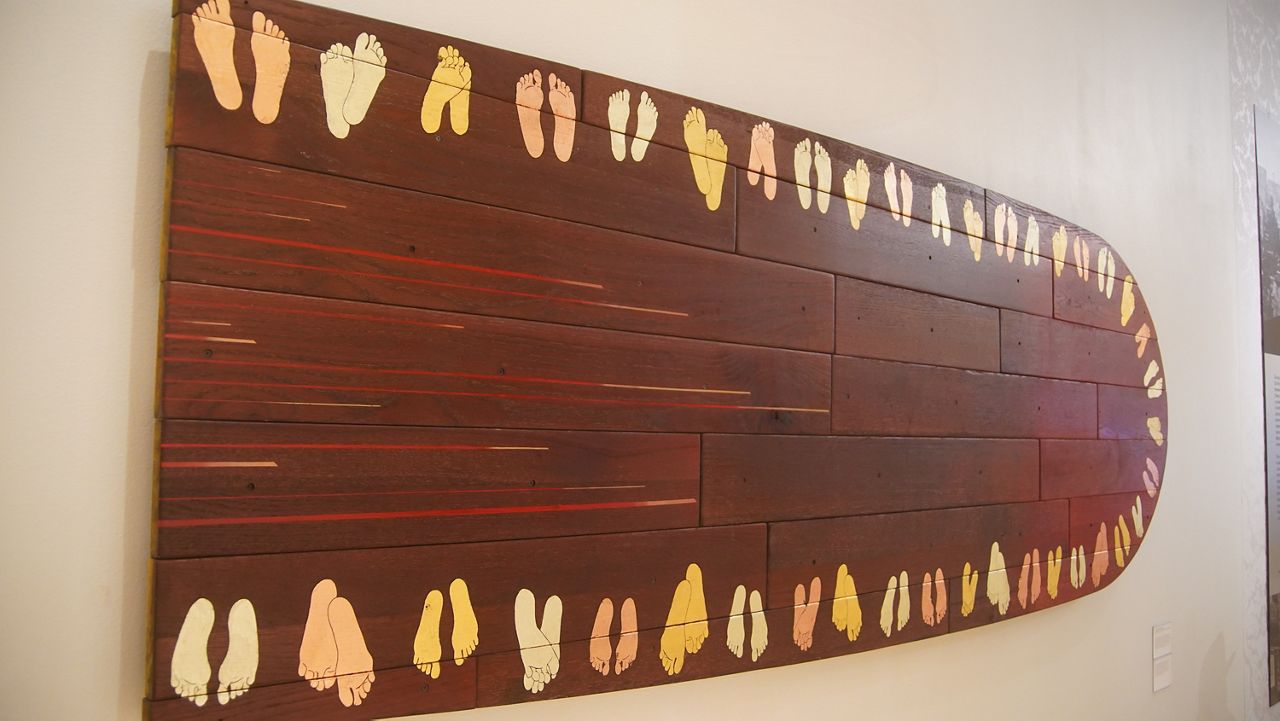 “In Austin, and I believe this was true in many other parts the country, black folks immediately following emancipation would collectively buy plots of land so they could safely celebrate Juneteenth, typically on the outskirts of town,” said Adams.

Juneteenth became a time and place where former slaves would congregate to find relatives that they had lost contact with.

“They knew ‘Ok the Juneteenth celebration is gonna happen. Right? We’re all gonna gather here on this day. Maybe I’ll see that cousin I haven’t seen. Or maybe I’ll find my child, or my wife or my husband. So these were really places of connecting with our immediate lineage and also our larger African family,” said Adams. “Juneteenth is about Black pride. Right? And power and resilience and legacy.”