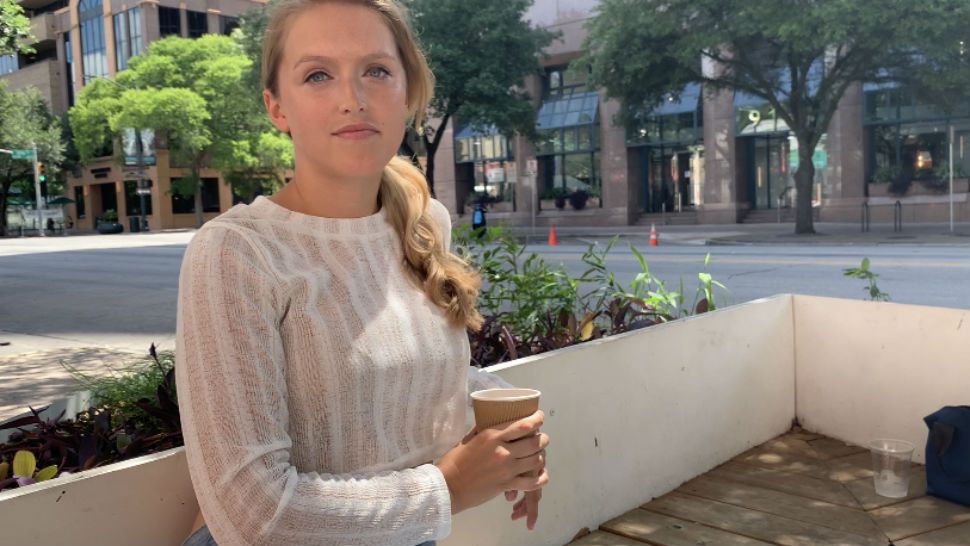 AUSTIN, Texas — Breakthrough news for the LGBTQ community came this past week when the U.S. Supreme Court ruled that people who identify as such cannot lose their jobs because of their sexual orientation.

As Pride Month continues, it’s important to recognize some groups are still fighting to be seen.

An estimated 1.7 percent of the world’s population identifies as intersexual. Intersex people are individuals born with any of several variations in sex characteristics including chromosomes, gonads, sex hormones or genitals that, according to the UN Office of the High Commissioner for Human Rights, "do not fit the typical definitions for male or female bodies".

While that percentage is small, one intersex Texan says her community deserves to be heard.

Alicia Weigel grabbed a coffee to-go and walked up Congress Avenue towards the south steps of the Capitol to relive a three-year-old memory. It was the day she came out in a Senate committee hearing in 2017. She chose to wear lipstick, something she doesn’t typically do.

She explained intersexuality while showing off a tattoo on her middle finger.

“This tattoo says 'I EXYST' but with XY instead of XI, because I have XY chromosomes,” said Weigel.

She got it around the time the Trump administration was considering pulling medical protections for intersex people, people born with anatomy not solely male or female.

“If I ever meet the president and have the opportunity to talk to him about the move he made to erase my people and my identity, if I lose the words in the moment, at least I have a finger I could show him,” said Weigel.

Those medical protections weren’t pulled in 2018, but a few days ago the Trump's administration revoked Obama-era anti-discrimination protections for transgender people in the health care sector. Weigel worries this ruling will mean fewer intersex people come out.

“If we can’t accurately count the size of our community, in the U.S. Census for example, which only has male and female options, we can’t get funding for our community for the research that we need to figure out what are these larger trends as far as intersex health care,” said Weigel.