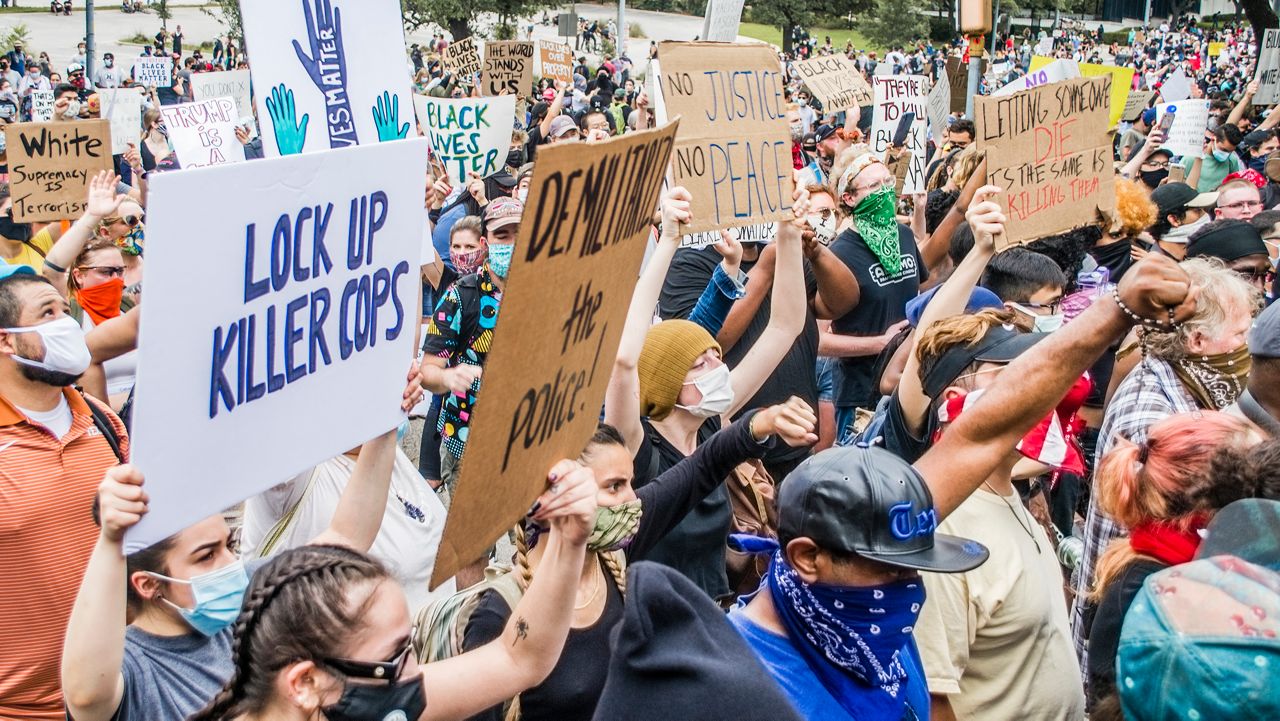 People protest the deaths of George Floyd and Mike Ramos in Austin, Texas, in this image from May 30, 2020. (Develon Douglas/Spectrum News)

UT Professor in Conversation: Exploring the Roots of Urban Unrest

AUSTIN, Texas -- Demonstrations against police brutality are nothing new - whether it's in the form of blocking highways or vandalism. Some social movement historians will tell you the underlying message is the same: a major disruption needs to take place in order for things to change.

A course at the University of Texas at Austin explores the roots of urban unrest. Our LeAnn Wallace spoke with the professor behind the class. Here’s some of her conversation with Eric Tang, associate professor, African & African Diaspora Studies.

"Mass disturbance is a tactic that has proven to work, and I think that's the problem with the current political discourse - I think it gets reduced to -- are you for or against violence? That's not really happening right now, said Tang. “What's happening is people in every state in the U.S., in all 50 states agreeing in consensus that some level of disruption to daily life needs to happen in order to bring attention to the other pandemic in this country, which is racism.”

“We've heard some people compare what we're seeing now to the Rodney King riots in Los Angeles back in 1992. What can you tell us about some of the similarities between those demonstrations and what we're seeing unfold for George Floyd?” asked Wallace.

"There were protests, there were disruptions in other cities in solidarity with what people were going through in LA. I don't believe though that the scale and intensity of the solidarity protests with Minneapolis that we're seeing today existed in ’92; this is really unprecedented," answered Tang.

“We saw the video of Rodney King being beaten by police and we also saw the video of the police brutality against George Floyd. Now, almost everything is filmed but back in 1992, I would say that was probably more novel?" Wallace asked.

“Even though we didn't have social media back then, the video still went viral for its time because we had the 24-hour cable news for the first time, which played that tape over and over again. So there definitely is a new kind of moment, around the recording a dissemination of police brutality,” said Tang.

As @realDonaldTrump pledges to resort to military force if governors don’t utilize the National Guard to quell #GeorgeFloyd protests, police are gradually pushing back demonstrators away from the White House. Between flash bangs and tear gas, protestors are taking a knee. pic.twitter.com/ITmKVgil2A

"It does make you think of all the times things weren't caught on camera," said Wallace.

"Absolutely. What we see or what the general public sees and is shocked by is actually just a small glimpse of the low intensity warfare that African Americans in urban centers across the United States deal with every day," said Tang.

"This is actually kind of remarkable that all 50 states including Puerto Rico and the Virgin Islands have engaged in some measure of protest," added Tang.

"What do you think that says?" asked Wallace.

"I think it speaks for itself, doesn't it? It means that the entire country understands how absolutely unbearable the situation around the policing of African Americans is,” said Tang.