AUSTIN, Texas — As protests continue across the country, conversations are happening about how to actually effect change, so deaths like George Floyd’s do not happen again.


Activists are calling for cutting police budgets, a goal that could be gaining popularity as cities face budget shortfalls due to the coronavirus pandemic.

Caleb Bluiett joined dozens outside the Texas Capitol, Wednesday. The 26-year-old from Beaumont said this was the first week he has ever protested. He believes the death of George Floyd has pushed people to a boiling point.

“I’ve got brothers, nieces, nephews. They’re all people of color. I can’t not make a stand for them. It’s just to that point where we’re tired,” Bluiett said.”

A key demand from protesters everywhere is accountability. There are growing calls now across the country for local leaders to cut spending on police departments as a reform measure.

“If things don’t change for sure, then we need to take money from the police departments and put them back into the communities that need that actually need the money,” Bluiett said. 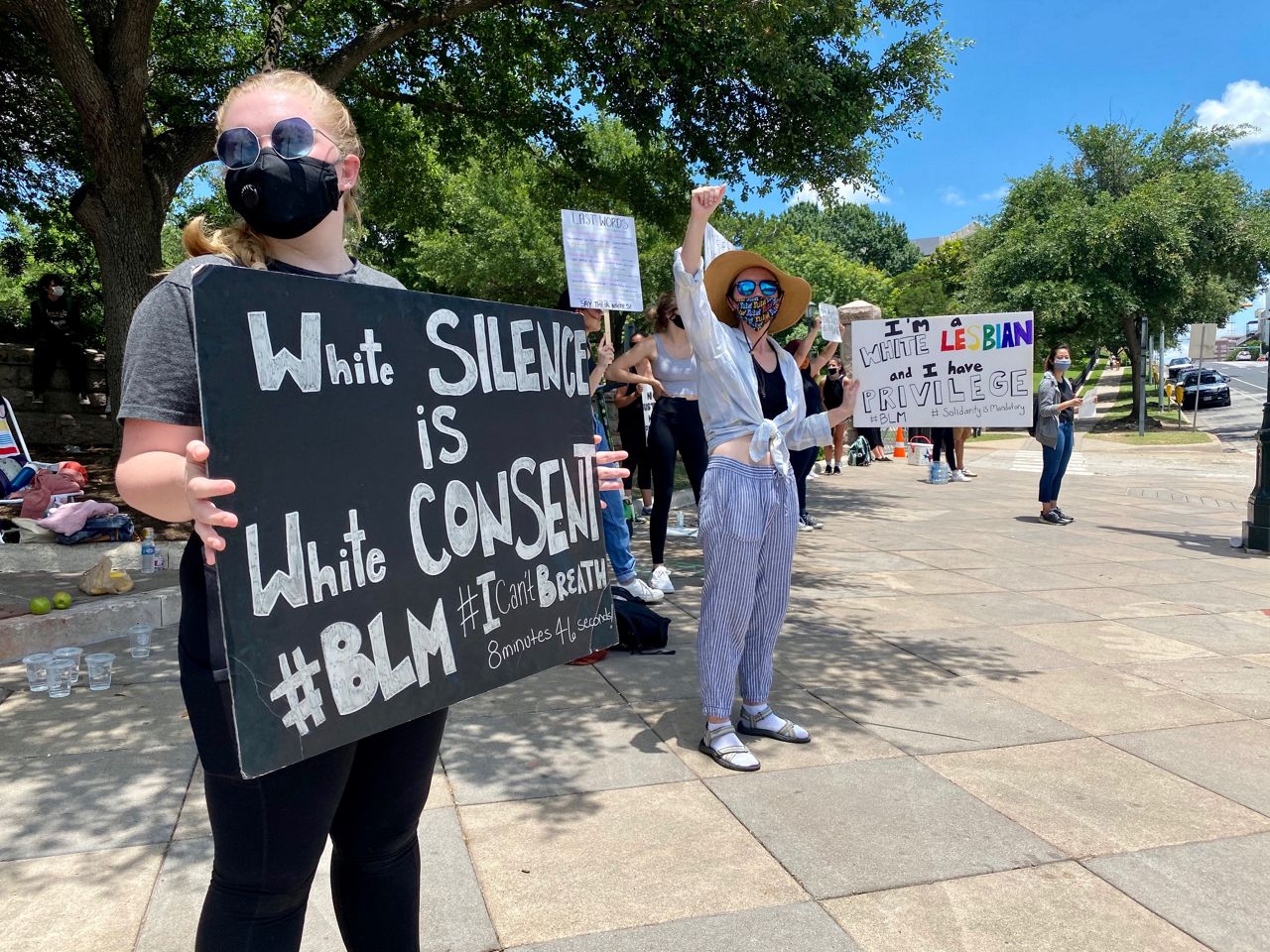 Policing takes up more than third of the budget for several major cities in Texas. For years, criminal justice advocates have pushed city and state and governments to scale back on law enforcement budgets.

“We’ve had health care workers in many of our cities struggle to get the protective equipment that they need. We see now during these protests that we have police with an abundance of military grade equipment,” Chris Harris, director of criminal justice programs at Texas Appleseed, said.

Some activists argue instead of training and hiring officers, those funds should be reallocated towards housing and public health, problems they said the coronavirus pandemic amplified.

“It’s clear that the issue is larger means something that officers can’t be trained out of. There's many things that police are asked to do that honestly, they're just not the best equipped to do,” Harris said. 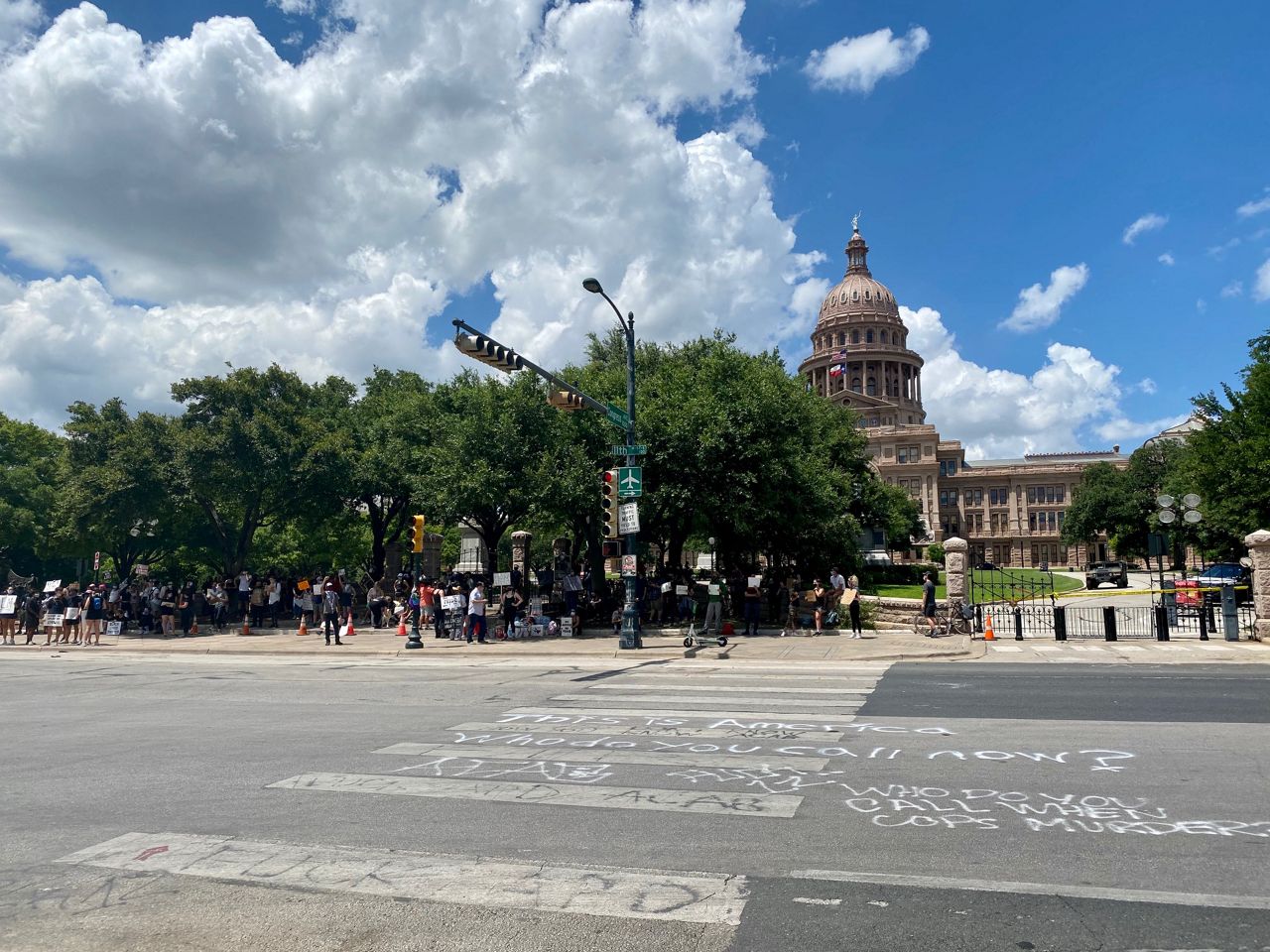 While some law enforcement leaders agree there should be increased funding toward issues like mental health, they warn broad divestments from police departments could lead to more overtime and an overall public safety risk.

“It simply doesn’t work. You wind up with higher crime rates and higher violence rates. As long as we are nation of laws and we have rules of conduct, somebody has to enforce those rules. We try to do it as professionally as we possibly can,” Kevin Lawrence, executive director of the Texas Municipal Police Association, said.

He said he believes there is no doubt the officer should have stopped pressing his knee against Floyd’s neck and that the other officers should have intervened. Lawrence said he is now in ongoing discussions on the ways to improve the control tactics officers use.

Leaders of Texas cities will soon engage in budget talks and eventually consider tradeoffs as multiple crises cross over.

The City of Austin is in the early stages of the process, where staff is taking community feedback and have put out a budget survey.

In the meantime, protesters plan to continue to peacefully demonstrate.

“We're tired of not being protected by the people that we're paying,” Bluiett said.