The move was an attempt to release a Dallas salon owner, Shelley Luther, who was sentenced to seven days in jail for defying orders to keep her business closed during the pandemic. The Texas Supreme Court granted a motion to release Luther Thursday morning, while its nine Republicans judges weigh an appeal challenging her incarceration as improper. 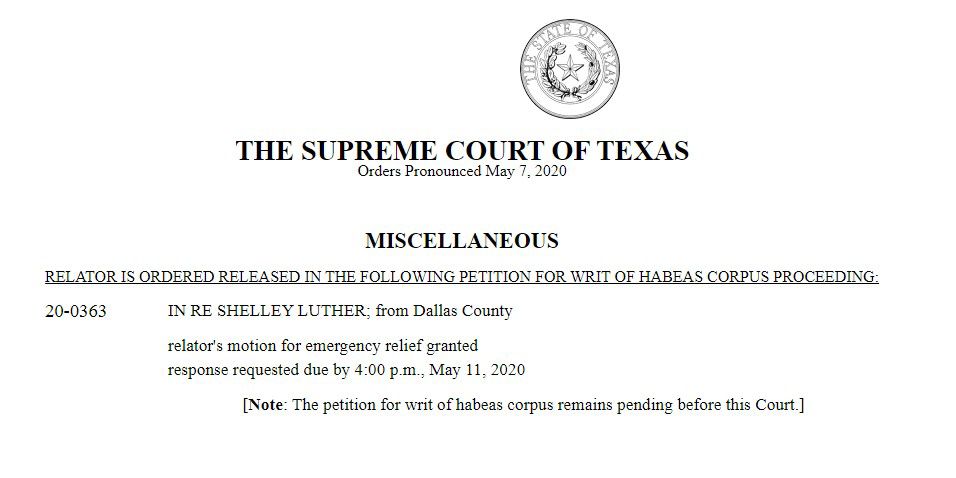 Gov. Abbott also said he wants to prevent the jailing of others who have violated similar orders in recent weeks. In a statement he pointed out Laredo residents Ana Isabel Castro-Garcia and Brenda Stephanie Mata, saying they “should not be subject to confinement” for violating orders. Castro-Garcia and Mata were arrested in Laredo for providing nail and eyelash services during the stay-at-home order in April.

“Throwing Texans in jail who have had their businesses shut down through no fault of their own is nonsensical, and I will not allow it to happen,” said Gov. Abbott in a statement.

Throwing Texans in jail whose biz's shut down through no fault of their own is wrong.

I am eliminating jail for violating an order, retroactive to April 2, superseding local orders.

Criminals shouldn’t be released to prevent COVID-19 just to put business owners in their place.

In Luther’s case, she told the judge she had to reopen because she wouldn’t have been able to feed her kids otherwise. But the judge said Luther showed no remorse for her actions.

Texas' top leaders came to her defense Wednesday. Lt. Gov. Dan Patrick even said he'd personally pay Luther's $7,000 fine and would do house arrest if it meant Luther could be released.

Luther was jailed around the same time Gov. Abbott announced salons and barbershops can reopen Friday.