AUSTIN, Texas — Here’s something to put on your to-do list for after the shelter-in-place orders are lifted — you can check out two new large-scale murals in downtown Austin.

The theme of the “Writing on the Walls” programming was inspired by the 100th anniversary of the 19th Amendment, which prohibits the government from denying the right to vote on the basis of sex. 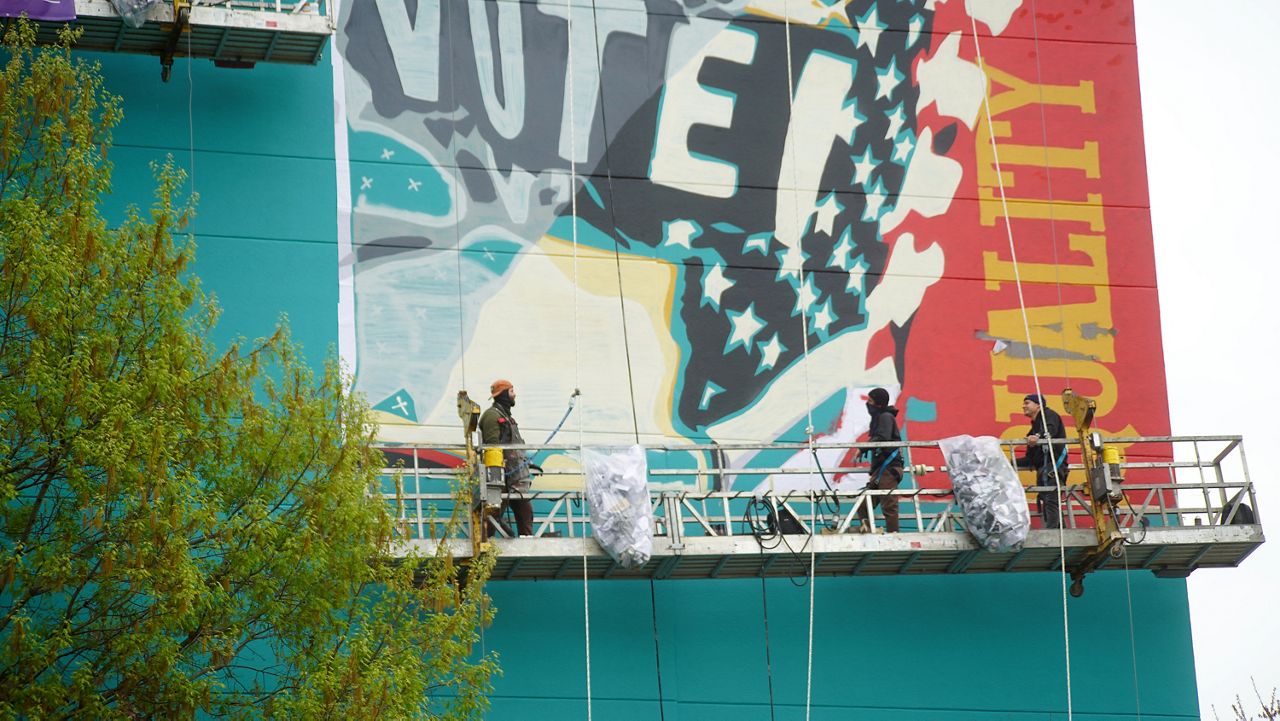 Shepard Fairey and assistants work on a mural in Downtown Austin on March 7, 2020 (Dawn Okoro/Spectrum News)

“Our role and our mission is to empower the community and encourage social engagement through creativity so that we really build the downtown we love,” said Molly Alexander, executive director of the Downtown Austin Alliance Foundation. “Half of downtown is the buildings, but the other half are the streets, the sidewalks, the parks and open space. And so our role in the foundation is to really connect and engage and create new places that really represent Austin’s spirit.”

One of the new murals is located on the west side of the Line Hotel at 111 E Cesar Chavez St. It’s slated as the largest mural in Austin. The piece, titled The Beauty of Liberty and Equality, is a joint effort by internationally renowned artists Sandra Chevrier and Shepard Fairey.

Earlier this month (pre-quarantine), I got to be present as Shepard Fairey (@OBEYGIANT) and @Chevrier_Sandra chose a name for their new mural in Austin. #WritingOnTheWalls pic.twitter.com/D4JpwrpZe2

The duo created the mural in early March 2020, over a period of about six days.

“It’s a great location here. It’s something that can be seen from a distance. It’s a very stylish hotel. So, super excited about having this here in Austin,” said Fairey, who is known for his Obey Giant brand and the “Hope” posters for Barack Obama's 2008 presidential campaign.

I completed a new mural this week with Sandra Chevrier, titled “The Beauty of Liberty and Equality." More details here: https://t.co/mbmHPrmRJr pic.twitter.com/MwcfFu6tMu

“The work that she [Chevrier] does aligns with what I do with portraiture and collage very well, so we just looked at where our processes could intersect and our aesthetics could overlap,” said Fairey.

Chevrier is a Canadian contemporary artist. The mural she created in collaboration with Fairey features the face of a woman wearing a mask. On the woman’s forehead is a Wonder Woman-like figure. 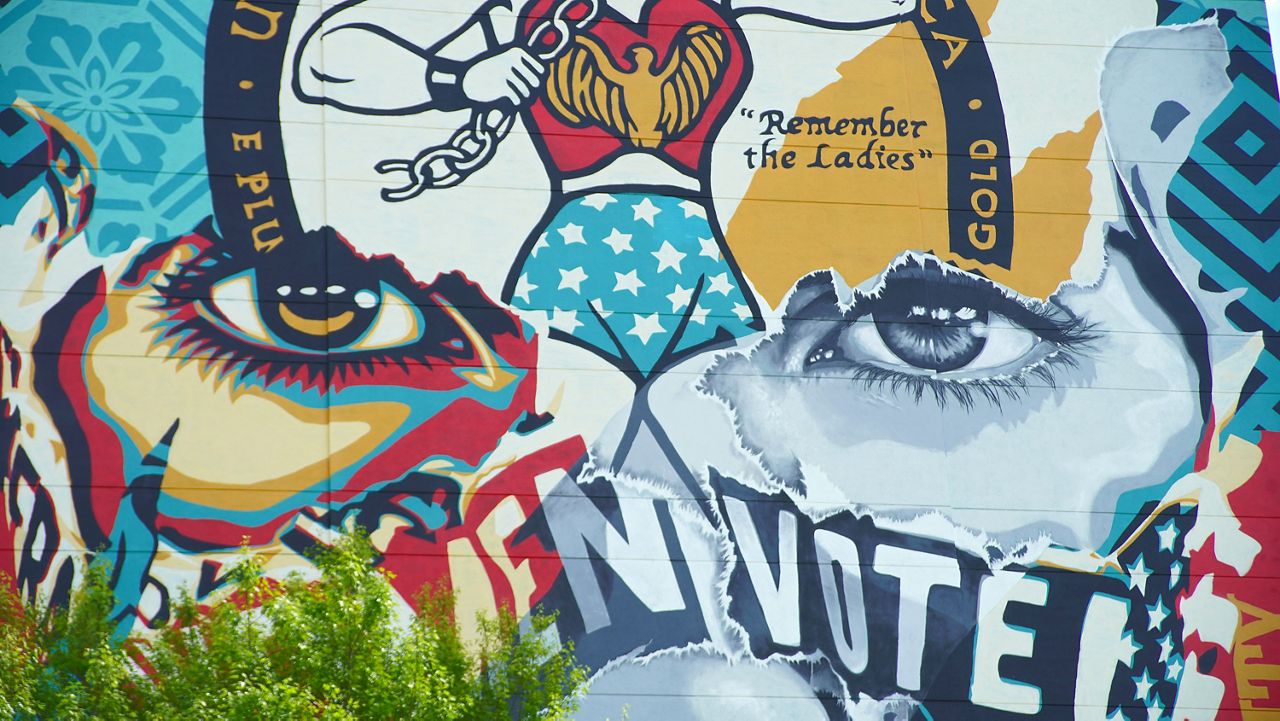 “To put these super heroes in their humanity and then showing that after a battle that even if they’re on the ground, they stand up and they fight again and that’s what we do in our day-to-day life,” said Chevrier.

The mural, which stands several stories high, is brightly colored in red, white, and blue, with pops of yellow. The words women, vote, and equality can be seen on the piece. 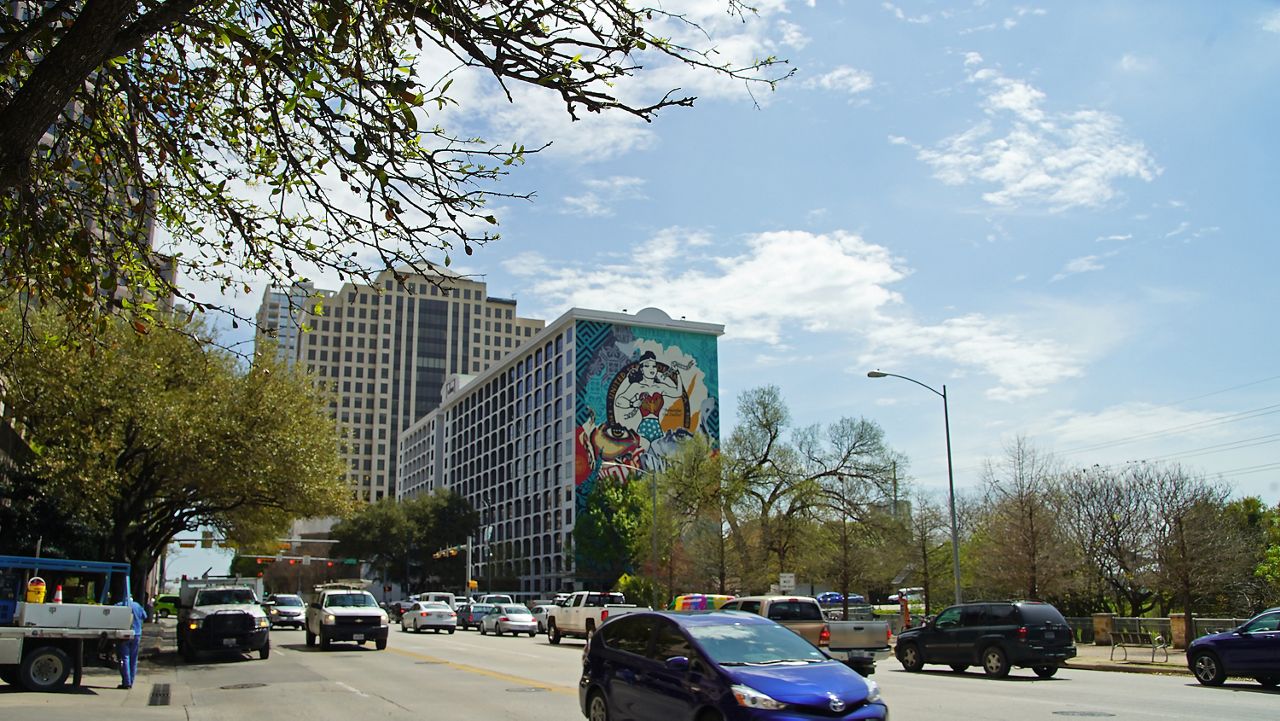 “I think it’s a very important message and there’s a lot that women have been through in the past century and there’s still a lot to achieve,” said Chevrier. “But you know, there’s always these big steps that makes a lot of changes in society and we should always keep going forward.” 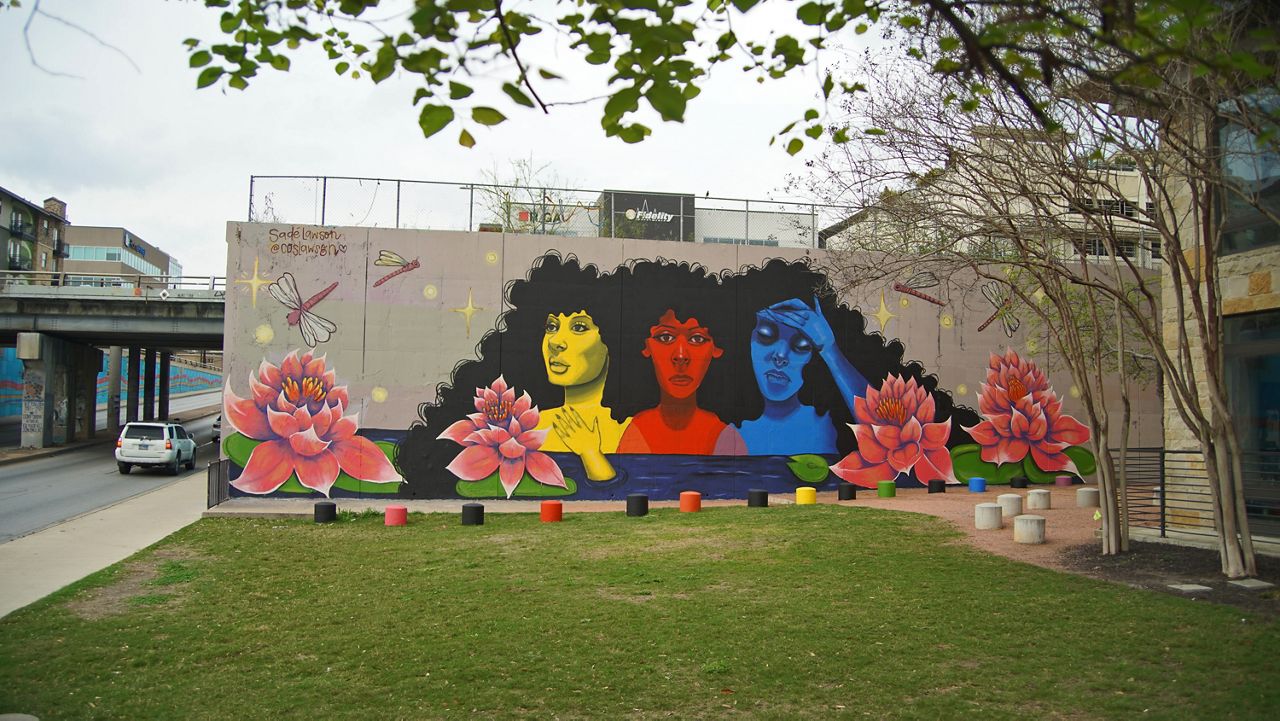 Photo of a mural by Sadé Lawson, featuring the faces of three women, near 4th and Lamar (Dawn Okoro/Spectrum News)

“My mural is kind of touching on how I think as women, we have power in owning all of our emotions, even the ones that people may perceive as weak,” said Lawson.

The piece shows three women painted in primary colors. Their faces are expressing different emotions, which the artist says are up to the viewer’s interpretation. 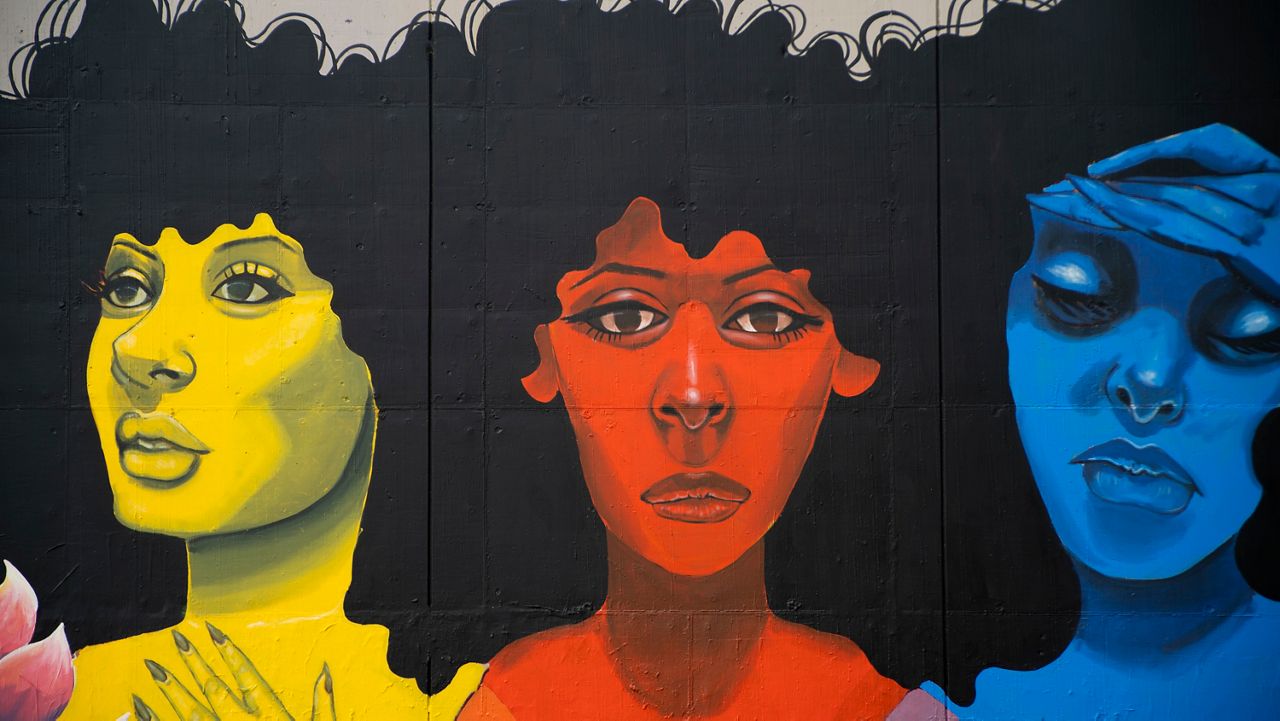 “Any of those various emotions, you know, I think are part of the human experience and we can use those to our power and to our advantage to inspire others and kind of tell our stories,” said Lawson.