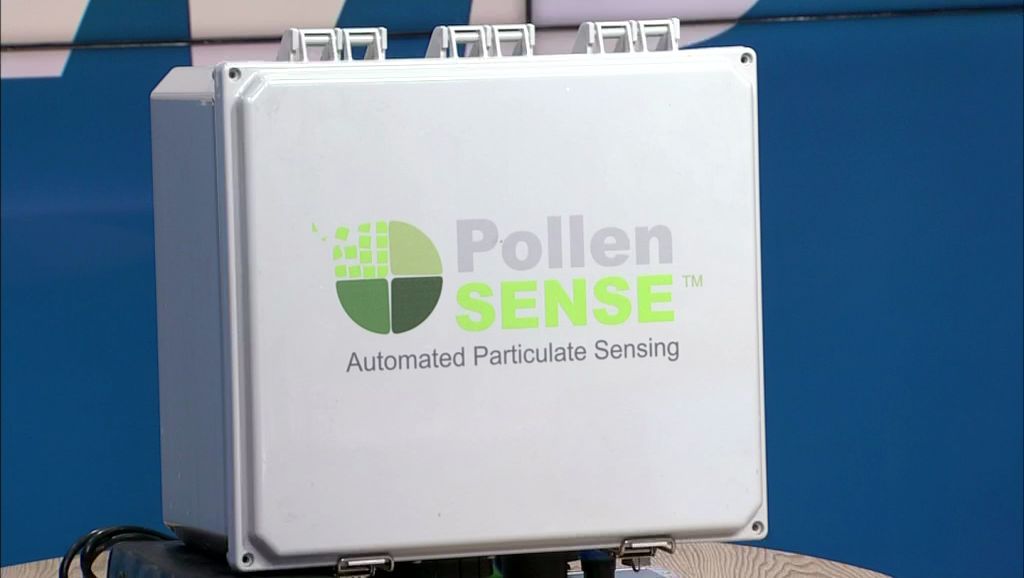 TEXAS - Allergies impact nearly everyone at some point in time and can be especially bad for many in Texas.

For the first time in decades, there's a leap in allergy sensing technology to help people better deal with the seasonal sniffles.

Imagine if a weather forecast only included one temperature- the average for the day. That's exactly what people have been getting for years when it comes to allergy counts.

For the first time ever, artificial intelligence makes it possible to get an automated hourly pollen count from multiple locations.

"Turns out that pollen fluctuates quite a bit throughout the day," said Bunderson. "Typically it's going to peak in the middle of the day, but not always. So if you don't have someone counting it every hour, you'll never know. So that's why we developed this, an automated pollen sensing device. It reports on the hour directly to our app. The cool thing about it is you don't have to say pollen typically peaks in the middle of the day, you can actually know when it's peaking."

Many have tried to automate the tedious process of counting pollens under a microscope, but all have failed until now.

"The thing that had to catch up for automated pollen counting was the algorithms that are used to identify the pollen. In the last 10 years, and especially the last five, it's just raced ahead and that's really made this possible," said Bunderson.

Dr. Daniel Katz with the Dell Medical School at the University of Texas at Austin says having sensors in multiple locations will help researchers better understand how allergens spread.

"Historically, people haven't really known whether the pollen that's in the air at their house whether that's coming from the tree in their backyard or from a tree that's 20 miles away," said Katz. "But it turns out there really are these big differences. Your common sense is true: the trees that are near your house are producing the most pollen. Local pollen concentrations are driven by the plants that are right near your house. That's a pretty good incentive to get some more monitors out there and also the framework for getting prediction where it's not just one prediction for a whole region, but predictions for each individual person and more of like a map, if you will, instead of just one spot."