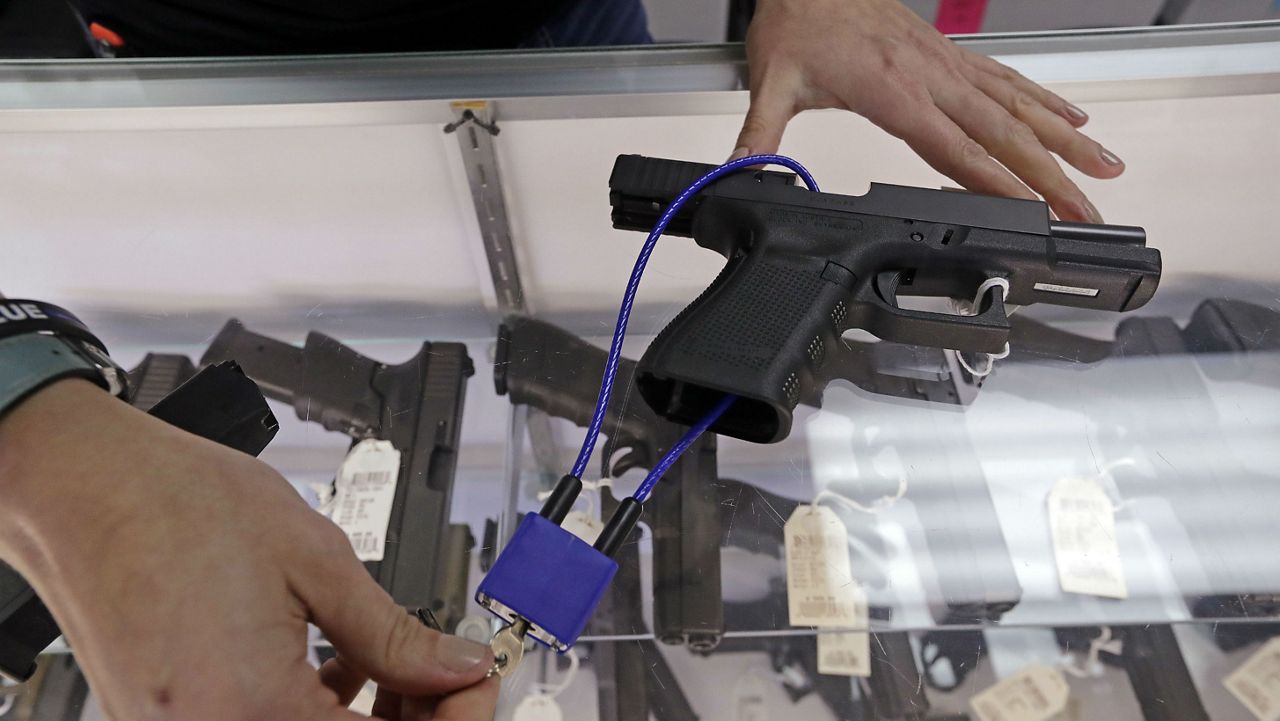 AUSTIN, Texas — City and state lawmakers in Texas are taking steps to create a public safety awareness campaign when it comes to firearm storage.

Authorities with the Texas Department of Public Safety are developing the statewide campaign, after elected officials passed the $1 million measure during the last legislative session. Meanwhile, staff at the City of Austin are working on identifying funding sources, such as grant opportunities or community partnerships, for a local PSA initiative.

“There's no one better than our law enforcement officers to know what's best for our public safety in our community,” Ellis said.

Police recommended a public education campaign to teach people about the dangers of leaving guns in cars.

According to the report, the number of guns stolen or lost in Austin almost tripled between 2006 and 2015, and more so, between 2013 and 2018. The report also said a gun is more than four times more likely to be stolen from a car than a home, and stolen guns were found in dozens of aggravated assaults and robberies.

“It's just disturbing to know that people are accessing firearms in potentially illegal ways, especially with stealing them from vehicles. I think most people, you know, and responsible gun owners don't want that to happen either,” Ellis said.

The Austin Police Department report also discussed the link between suicide and guns, noting “another aspect of gun violence that is sometimes overlooked is suicide.”

According to data from the Centers for Disease Control and Prevention, suicide rates increased 25 percent across the United States between 1999 and 2016. Guns are involved in more than half of suicides in the country.

In 2009, Leesa Ross’s eldest son Jon died in an accidental shooting. He was 23. In an interview with Spectrum News, she talked about how emotional she was attending a wedding and seeing the mother-son dance. Ross said it also difficult to display pictures of her family from vacation trips, because someone is missing.

“I don't want another parent and another friend, another family member to have to go through the pain that I went through of what it was like to lose a child,” Ross said.

Committed to preventing gun accidents, Ross founded Lock Arms for Life, an organization dedicated to educating people about safe firearm storage. A National Rifle Association member, she has spoken at college campuses, high schools, public health summits, and churches about the importance of taking personal responsibility when it comes to firearm safety and why gun owners should be held accountable.

At her events, she hands out cable gun locks for free and she will also talk about safes.

“It's the simplest step that we can take to start reducing gun deaths right now. It does not require passing a law,” Ross said.