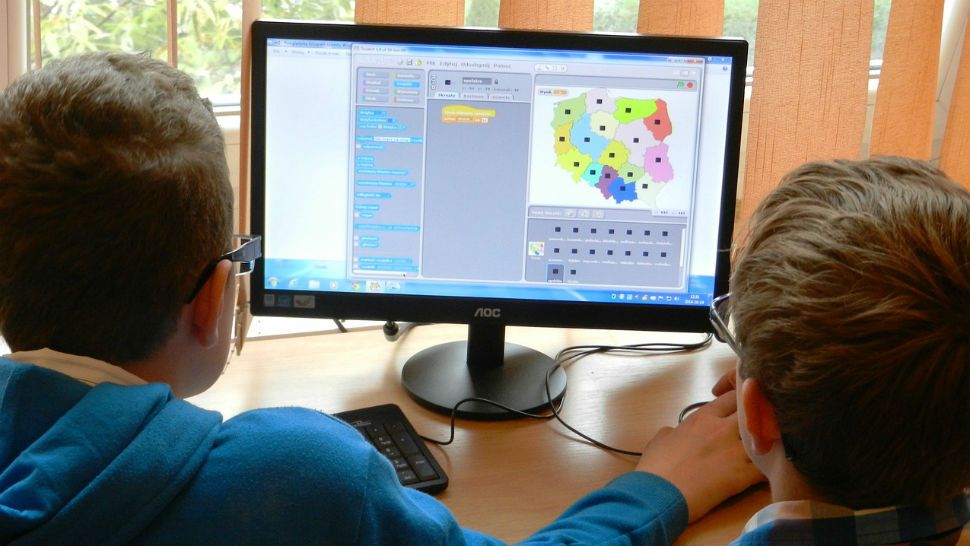 Two students work on a project at the computer. (Pixabay)

NEW BRAUNFELS, Texas -- More Texas schools are moving away from the traditional model of teaching and turning to what's called project-based learning.

In the project-based learning method, student-centered projects aren't the exception, but the rule. Students at Memorial Early College High School in New Braunfels are writing journal entries based on interviews they've conducted outside of class. Students not only brainstorm ideas together, but they can write on their desks in dry-erase marker and even do their projects in their native language.

"Since I'm a Spanish speaker and I just asked her can I do it in Spanish and just put subtitles in English, and she's like, 'yeah, if you're up for it, go ahead,'"said student Saleth Rivera.

Project-based learning requires teacher-student interaction at a group level. Unlike traditional settings where instructions are given and students then likely work alone, PBL aims to link real-world issues with in-classroom efforts.

"It makes them better writers, it makes them more collaborative with each other," said Roger White.

White, a veteran teacher, made the switch to project-based learning six years ago.

"In a traditional classroom, I always joke, there's like a force field at the door frame and the minute they walk out of the classroom they get zapped of all the knowledge they just picked up, and they move to another class not making the connections from one class to the next," said White.

It's a method that caught the attention of state lawmakers. Schools are now incentivized to teach this way. The sweeping school finance law passed last year committed funding to starting and sustaining project-based learning.  In the Career and Technology Education section of HB 3, campuses that are designated P-Tech or are members of the New Tech Network qualify for an additional $50 per student allotment.

But child therapist Spencer Crain says it’s not a model that works for everyone.

"Group projects can be difficult with kids with rigidity and want things their way and have a difficult time with flexibility. And if they're a little lagging in that developmental department, that's going to be a really hard situation for them," said Crain.

Jennifer Adair is a professor at UT Austin’s College of Education. She works with school districts on project-based learning. She said when it comes to test scores and student performance, the results go beyond the grade.

“Most of the research says project-based learning won’t hurt. It won’t skyrocket your test scores but it won’t damage them either,” she said. “I think what we are finding is other kinds of outcomes. Students are happier, they’re staying in school longer. This is preparing them differently for college and for life.”

Click the video link above to watch our full interview with Adair.