DRIPPING SPRINGS, Texas -- Cities up and down the I-35 corridor have experienced explosive growth over the last decade, but the counties adjacent to them have largely escaped the surge of people. That all appears to be over, with the urban expansion beginning to head their way.

“We have three of the fastest growing counties - not only in Texas but in the entire country - in Hays, Comal and Kendall counties,” said Katherine Romans, executive director of the Hill Country Alliance.

Romans’ mission and that of the Dripping Springs-based organization is to bring stakeholders together to discuss the growth being experienced in the 17-county Hill Country region and how to protect the natural resources of the area.

According to U.S. Census Bureau data regarding population change between 2010 and 2018, Hays, Comal, and Kendall counties have all ballooned by more than 35 percent over the last decade. The growth there is being driven by the urban expansion of Austin and San Antonio.

All three of those counties share borders with Blanco County, a county that’s only experienced about a third of the growth - their population only increasing by 11.5 percent or about 1,000 people over the last decade.

“Obviously growth in Central Texas doesn’t happen the same across the board,” said Romans.

“We’ve got a lot of large ranches, medium-sized ranches, farms, that sort of thing - agricultural, community-type county. It’s not so much that people are either for or against the growth, it’s just that they would like it to be well thought out.”

Fieseler and his counterpart, Katherine McClure, have had a front row seat to the growth that has occurred in Blanco County. The two test proposed developments for the availability of groundwater and monitor water levels in wells drilled across Blanco County.

Over the last 15 years, Fieseler said the county has averaged about one new subdivision every year. He attributes the slow growth mostly to the county’s distance from the regions to major cities.

“We’re just a little too far - we’re probably an hour to an hour-and-twenty, maybe an hour-thirty minutes from various parts of Austin,” said Fieseler.  “Same thing with San Antonio. And I think for many years at least, it’s been less than cost effective for people to live out here and work in those two cities.”

The county’s subdivision regulations have also helped curtail the more expansive growth that their neighbors have experienced, according to Fieseler.

Despite the restriction, in 2019 the number of developers that requested groundwater testing shot up by 700 percent in Blanco County. Fiesler said the day after New Year’s, he was already meeting with developers proposing another new Blanco County subdivision, and he said he’s caught wind of another in the works. 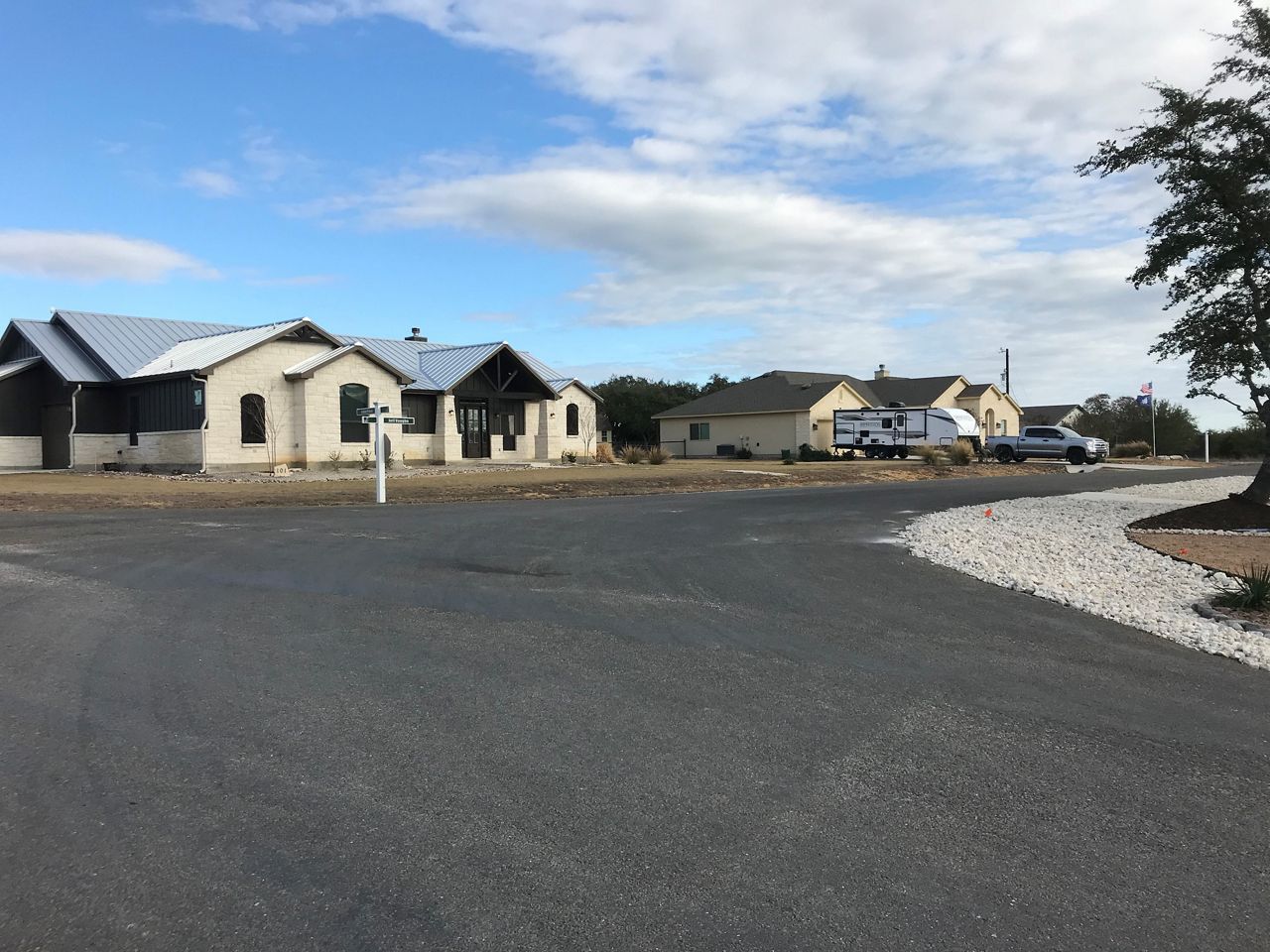 A new subdivision appears in Blanco County, Texas, in this image from January 2020. (Matthew Mershon/Spectrum News)

“That’s probably due to the fact that they’re running out of developable land in Hays County and Burnet County and Comal County,” said Fieseler. “We are seeing an increase in growth and I suspect it’ll continue.”

The surge in development likely won’t compare to the record growth in and around Bexar and Travis counties, with Blanco County only projected to grow by 30 percent over the next 30 years.

“Even a 30 percent increase has profound implications for the fabric, the nature of that community,” said Romans.

“We’re losing agricultural and working lands to kind of low-density subdivisions. We’re seeing more and more wells being drilled into our aquifers. We’re seeing increased impacts on surface water, on the water quality of rivers like the Blanco and Pedernales Rivers that run through Blanco County.”

It’s why Romans said having the conversation about encouraging growth that also helps preserve the atmosphere and aesthetic that draws visitors and potential future residents to the Texas Hill Country.

“We need to be really cautious about where we’re directing population growth,” said Romans. “Often times a new roadway facilitates faster growth than we may as a community want to see, and so we need to be having those conversations in real open and honest and public ways, so that the community is involved in shaping the future.”