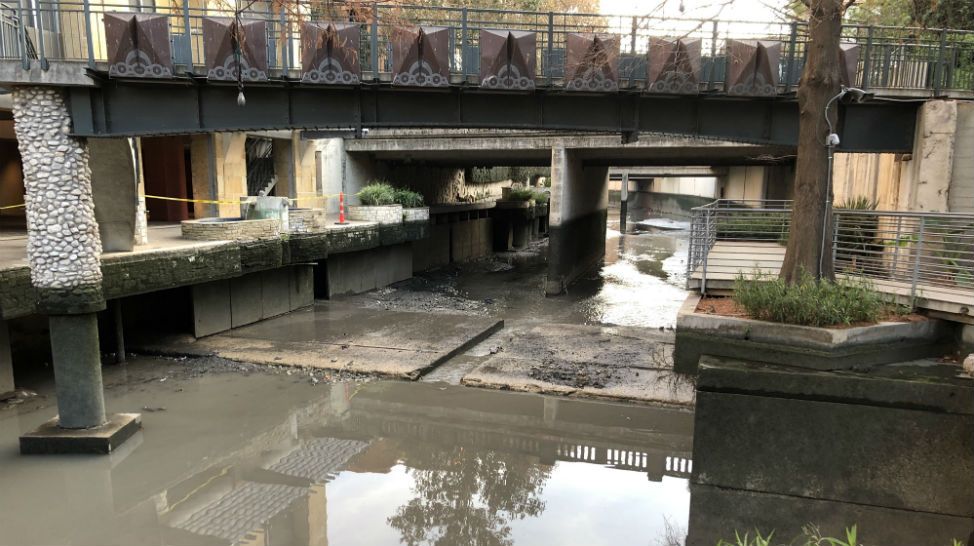 A view of the drained main channel of the River Walk in San Antonio. (Bryan Boes/Spectrum News)

SAN ANTONIO — For the first time in four years, the City of San Antonio is draining the main channel of the River Walk.

It's a joint effort between San Antonio Transportation and Capital Improvements and the San Antonio River Authority, and there's over 100 people working on the project. The project will be completed by Thursday as the River Walk will be inspected, cleaned, repaired, and then refilled.

It's a huge undertaking. In the last four years, there's been plenty of debris and sediment that has made its way through the channel, as well as some species of animal and fish that need to be relocated or removed completely.

"In the '80s was when we started doing this maintenance type of work. Since that time until now, because of the improvements, we have been able to reduce the amount of sediment that actually goes to the downtown area, so we don't have to drain it every year," said TCI assistant director Nefi Garza.

It's a dirty job, but a necessary one that keeps one of Texas' true treasures safe, secure, and developed for years to come.

"It's a great effort. It's a good time to be able to do some inspections of the walls, to look at the historic area and see if there's any kind of improvements needed," said Garza.

A view of the drained main channel of the River Walk in San Antonio. (Bryan Boes/Spectrum News)