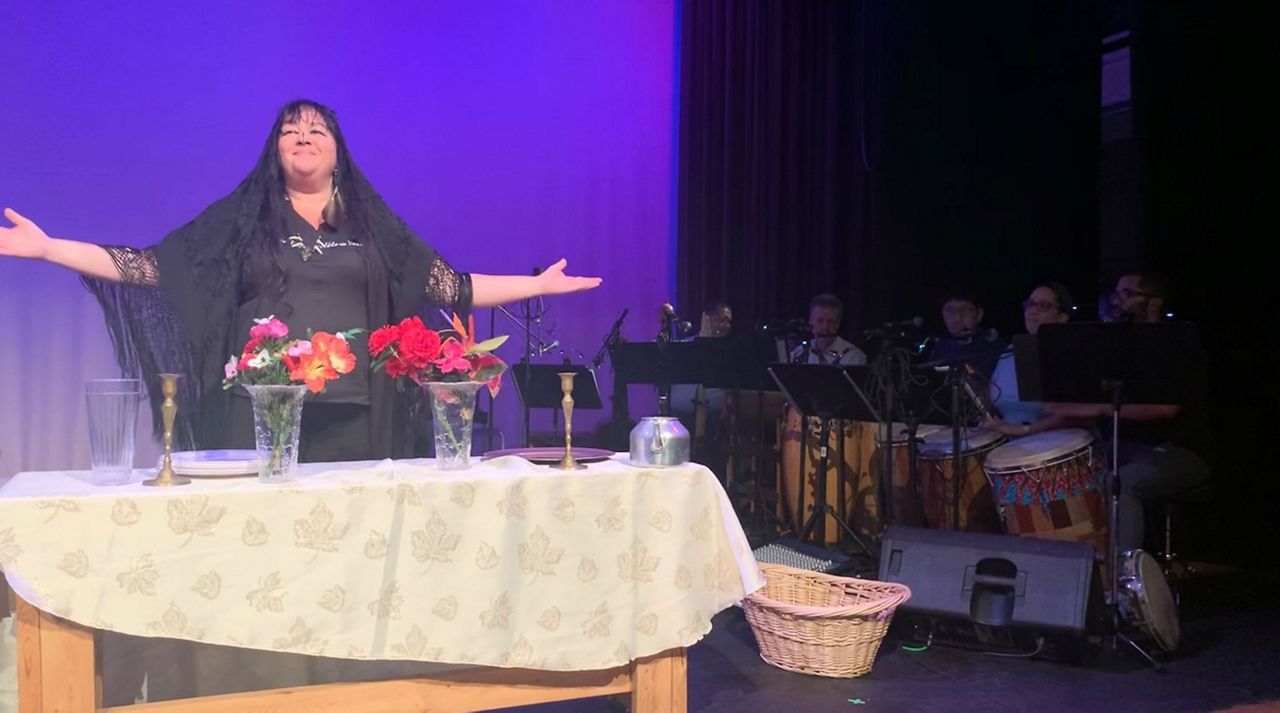 A group of performers on stage at Puerto Rican Cultural Center for the play Las Lavanderas December 13, 2019 (Spectrum News)

“This is like the soil of Puerto Rico, right here," said Maynard. "We're a community of people that have been attracted and brought together because we have a love for the arts in our soul. And so what we have here is basically a family that's bonded under a cultural arts umbrella.”

Every year since 2002, she writes, produces and directs an original play for the center.

This weekend, the members of the Puerto Rican Cultural Center in Austin are performing the 17th play that showcases a little known part of Puerto Rican history, and brings to life the story of Las Lavanderas --the laundresses of San Juan.

“There's some songs that are original and other songs that are traditional folklore, but the script is original, every summer I go to Puerto Rico, and I look for a story about our culture, and about our heroes," said Maynard. "It’s always a wonderful experience, to learn about a history that many people know very little of.”

This year, Las Lavanderas tells story of the laundresses of San Juan, who resisted the colonial government as it tried to force the working class people outside the city walls in the 1850s.

“What's exciting about the story is that these washer women, even though they were young women, most of them were, you know, single moms and not very educated, they were ferocious in their personalities," said Maynard. "They were not afraid of going against the Spanish colonial government, because Puerto Rico was part of Spain at that time, to fight for their rights for better working and living conditions.”

It’s a story she says resonates, even today.

“It’s a story about history but at the same time it's a timeless story, like here in East Austin where we currently live. There's a horrible gentrification happening. People, old people, are getting displaced, artists are getting displaced, we're just getting priced out of the area. And the same thing happens with Las Lavanderas in the 1850s," said Maynard.

She hopes the story of Las Lavanderas of San Juan inspires others the way it inspires her.

“Las Lavanderas was an inspiring story for me because it was a strong woman's story," said Maynard. "It was a story about women who were heroes and not really getting their just acknowledgement. I think it's really important that our young women hear the story and know, that when you have the spirit to fight for your rights that you can get what you want.”

You can see Las Lavanderas on Saturday at 6:30 p.m. and Sunday at 3 p.m. in the Carver Theatre at the George Washington Carver Museum and Cultural Center.

For ticket information go to prfdance.org.