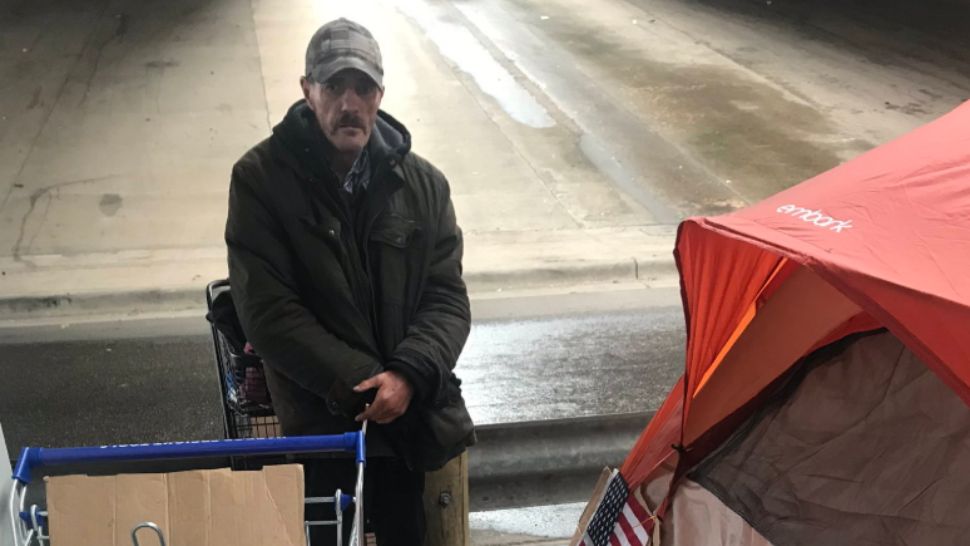 Homeless Austinites Opting for Overpasses Rather Than State Campsite

AUSTIN, Texas — It's been one week since Texas Governor Greg Abbott announced a new temporary homeless campsite in Austin, but the state-operated site is not getting much use.

Even after another sweep under state overpasses by the Texas Department of Transportation on Thursday, only a handful of people are at the new site.

Many homeless people taking up residence under overpasses said after a TxDOT sweep, they return to their spot as soon as the government officials leave. They said the temporary campsite by the airport is too far.

Keith Jones has been homeless in Austin for 15 years. In that time, he said he's never seen government cleanups like this.

I’m under the overpass at 71 and Manchaca. @TxDOT is here too...Keith Jones tells me they’ll move him “over my dead body.” pic.twitter.com/YGlm0d5j92

"If they want me to leave they're going to have to kill me and drag my dead body out of here," said Jones.

To encourage folks to come to the 5-acre space near the airport that Abbott offered to homeless Austinites, CapMetro has allocated a bus to transport people. Since the bus began running on Wednesday, no one has boarded it. There are no more than six people living at the state site. One of the few is Robert Rhodes, who said he'd like a little company.

"I'd love to see more people come out here. I don't know why everybody's so down on this place. This is freaking awesome," said Rhodes.

In the meantime, TxDOT sweeps will continue on a weekly basis, according to the Governor's office. Abbott's office also told us that the plot of land offered up is the closest state land they have to downtown.