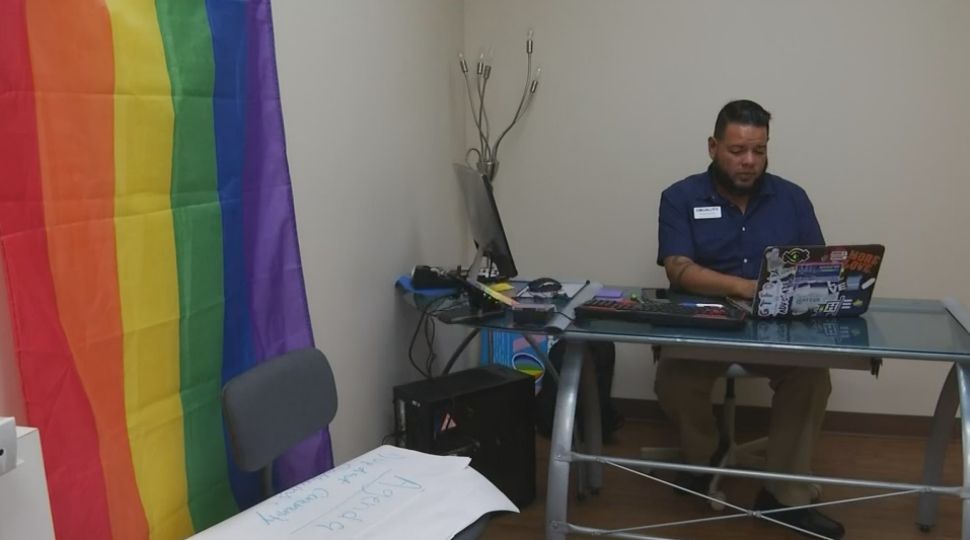 Robert Salcido, the field coordinator for Equality Texas in San Antonio, sits in office working on his laptop with a rainbow flag hanging on the wall October 8, 2019 (Spectrum News)

In its first full session since Trump appointees Neil Gorsuch and Brett Kavanaugh were sworn in, the high court heard arguments in three cases, and will make a ruling on whether or not gay and transgender people fall under the protections of the Civil Rights Act of 1964. The act prohibits employers from discriminating against an employee based of sex, race, color, national origin, or religion.

Robert Salcido, the field coordinator for Equality Texas in San Antonio, believes it's an opportunity to get everyone across the nation on the same page.

"For years, different courts and different agencies have determined sex discrimination to include sexual orientation and gender identity.  The U.S. Supreme Court has an opportunity to affirm that," said Salcido.

Weston Martinez is the arbitrator for Texas Values, a faith-based organization that says sex and gender identity are not the same, and hopes the court votes as such.

"It's settled law at this point, so what we're looking for is for the Supreme Court to actually look to the state's decisions that have addressed these issues in recent times as a guideline for how the country feels," said Martinez.

Twenty-eight states, including Texas, do not have clear LGBTQ anti-discrimination laws in place, and Salcido fears a decision against the plaintiffs could have a ripple effect outside the workplace.

"In employment, housing, public spaces, it has the ability to really change the course work of a lot of things that are happening in terms of discrimination in our communities," Salcido said.

A ruling in the case isn't expected until late June of 2020.