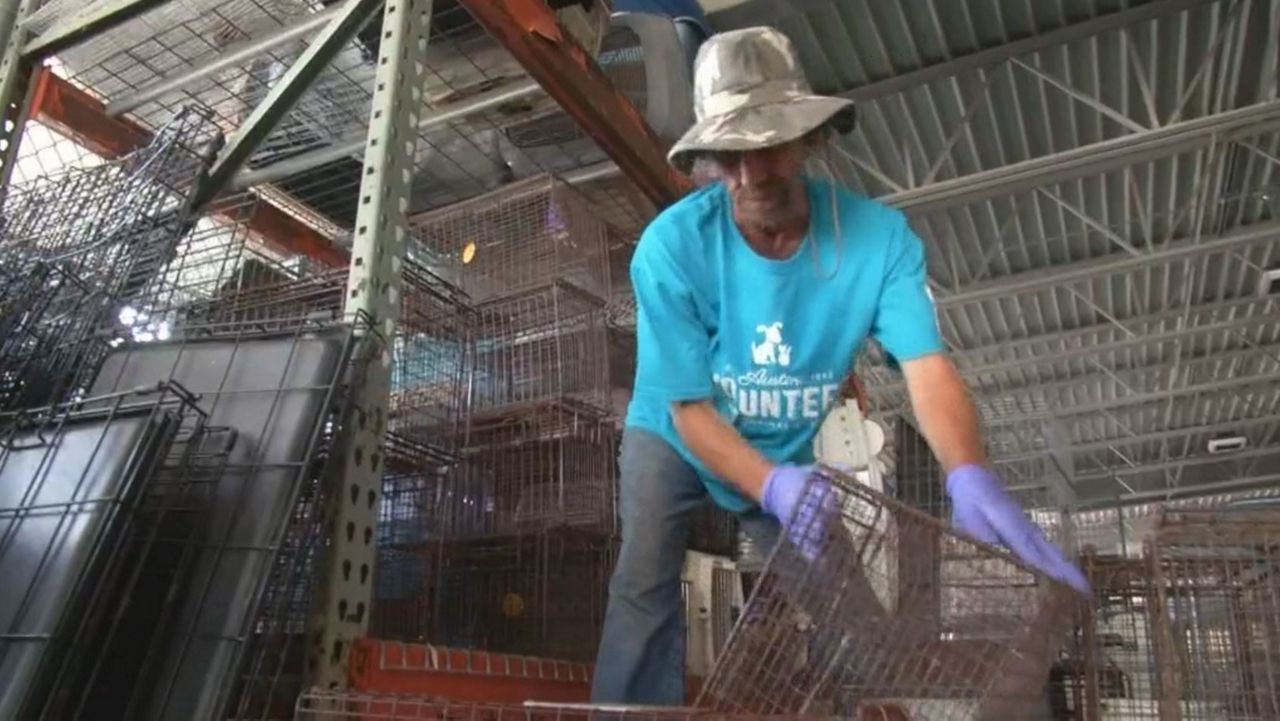 Organization Employs Homeless to Clean Up Thousands of Pounds of Trash

AUSTIN, Texas — Clients from The Other Ones Foundation spent time at the Austin Animal Center Friday to help clean up kennels and do laundry.

The organization pays the homeless a living wage to clean various parts of the city.

The partnership with the Austin Animal Center is fairly new.

Anthony Graham has been homeless for six years, but he says the job gives him some purpose.

"I can make money many ways, but when you are making money, when it's fun, that's when it's good," said Graham.

Executive Director Chris Baker says their organization is much more than giving people who are homeless a job.

The foundation typically focuses on clearing out abandoned homeless encampments and large scale environmental cleanups, but last week the group teamed up with Front Steps and removed more than 500 pounds of trash from downtown.

"We want to be a part of the solution, not just homelessness, but also, all of the sort of collateral issues that come up around it," he added.

The group wants to do more cleanups downtown.

Since March, the Other Ones Foundation has paid about $100,000 out to their clients, who have cleaned about 95,000 pounds of trash from green spaces in Austin.

Those in the program are given case management resources in order to save and move into a home. Twenty people have been able to find homes with the help of the program.