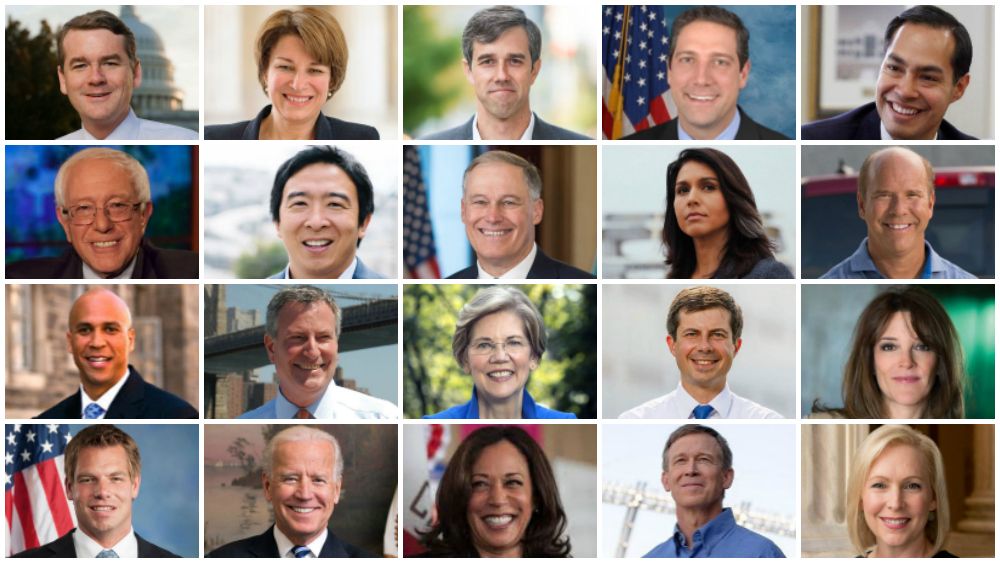 A few heated exchanges took place Thursday night during the second night of the Democratic debates. Former Vice President Joe Biden and Sen. Kamala Harris sparred over the issue of race. (Courtesy of NBC via AP)

Fact-Checking Day 2 of the Democratic Debates

MIAMI, Fla. — Democratic presidential candidates who sparred in the second night of debates Thursday night attacked each other on age, public policy, and most notably, race.

"There was a little girl in California who was part of the second class to integrate her public schools, and she was bused to school every day. And that little girl was me," said Harris, who had turned to address Biden directly.

This is true. Biden was a vocal opponent of federally mandated busing. In 1978, Biden cosponsored legislation that would have limited the ability of federal judges to compel school districts to integrate public schools by busing black students to white areas and vice-versa.

Biden said he supported school integration by other means but opposed busing, because he thought it had a negative impact on communities.

Sen. Bernie Sanders, meanwhile, had some harsh words for President Donald Trump and took him to task over taxes.

"Eighty-three percent of your tax benefits go to the top 1 percent," Sander said.

That is false. Sanders is referring to 2027, not the present day. The Tax Policy Center, a nonpartisan think tank based in Washington, determined that in 2027, that fact would be true — but only because most of the tax cuts for individuals are set to expire after 2025 unless Congress extends them.

The Associated Press said that last year, 20.5 percent of the benefits went to the top 1 percent.

Biden not only talked about Trump, but also another president: Barack Obama.

"He is the first man to bring together the entire world — 196 nations — to commit to deal with climate change." Biden said.

That is false. A decade before Obama became president, in 1997, more than 190 nations from across the world met in Japan to try to limit the effects of climate change.

Biden on Thursday night was referring to the 2015 Paris agreement, but that was the 21st climate change convention meeting — far from the first.

Right in the Ziff Opera House in Miami, Democratic and Republican leaders sat in the Spin Room to give their analysis and counterpoints of what the candidates said during the second debates on Thursday night.

Bernie, Harris, Buttigieg and more... we’re live in the spin room following round two of the #DemDebate.

Who do you think won? https://t.co/7fE6kdezrH