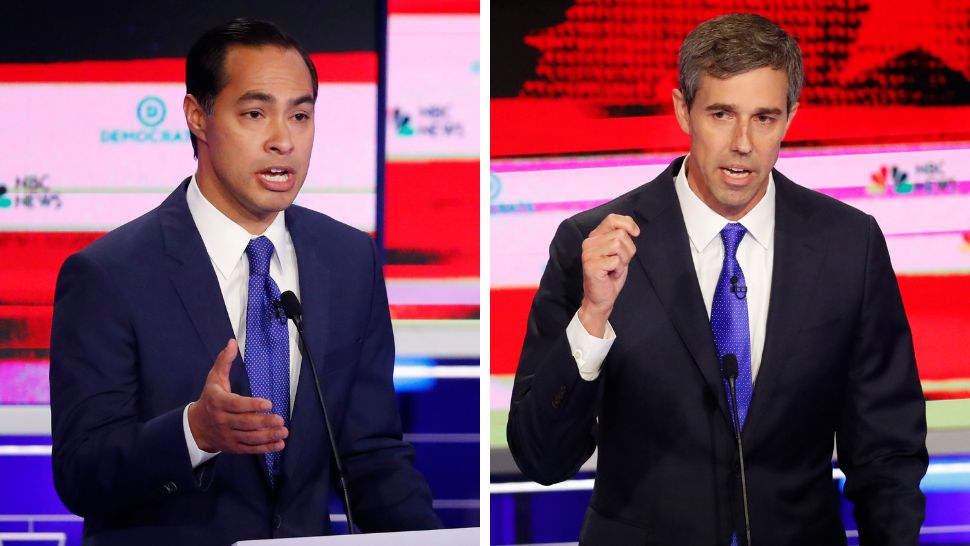 “If You Did Your Homework”: Castro, O’Rourke Battle Over Immigration

TEXAS – The two Texas presidential candidates ignited the first heated conversation during night one of the Democratic primary in Miami.

During a question on the topic of immigration, Beto O’Rourke and Julian Castro specifically argued against each other on the concept of criminalizing the act of crossing the border.

O’Rourke began listing off things he would not do, including putting kids in cages and detaining families.

Castro called all candidates to repeal Section 1325, a specific part of the law which criminalizes migration.

"You're looking at just one small part of this," O'Rourke responded.

"If you did your homework on this issue, you'd know,” Castro said.

"You're looking at just one small part of this," O'Rourke says. Adds that he wants to do a dramatic rewrite of America's immigration laws.

"If you did your homework on this issue" you'd know, Castro says.#DemDebate

Both candidates headed into the evening needing to have a “moment" as they both lagged in the latest polls.

The heated conversation lasted several moments and had each candidate trending on social media.