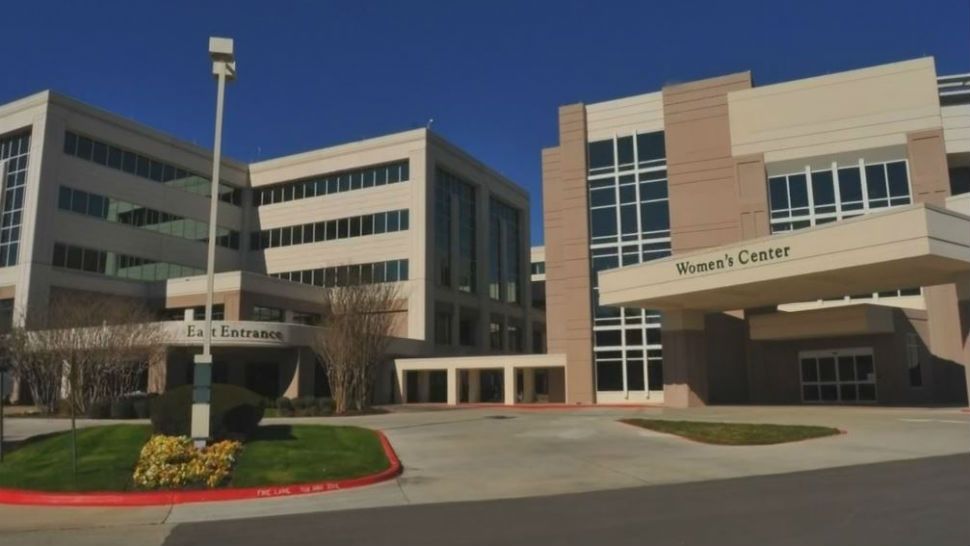 AUSTIN, Texas — The St. David's Women's Center of Texas is now at the cutting edge of reducing maternal mortality rates.

Reva Goujon became a patient there during her second pregnancy, when she was told she was at a high risk of developing a condition called placenta accreta.

“It was definitely deeply unsettling to know this risk was always looming," Goujon said.

“Think of it as akin to the layers of an onion," Dr. Jasbir Singh, Maternal Fetal Medicine Physician at St. David's Women's Center said. "After you deliver a baby you would expect the placenta to peel away from the wall of the uterus, if it’s grown into the wall of the uterus it attaches and it doesn’t detach.”

The condition can lead to excess bleeding, and can be life-threatening for the mother. Luckily, Dr. Haeri and Dr. Singh at St. David’s Women’s Center of Texas, are experts at treating it.

“It’s reassuring when the medical papers you’re reading also have the names of the doctors you’re seeing at the top because they were the specialists in this condition," Goujon said. “In our first consultation with him, he looked me straight in the eye and said, ‘You are not going to die.’ And he repeated that with so much conviction every single meeting thereafter, and I’ve never had that level of confidence, or assurance from any other doctor. And his care his expertise, proved to be exceptional.” ​

"Reva is one of our favorites," Singh said. "She was very scared, but that was also because she’s a really intelligent woman and knew what challenges lay ahead, and I think she felt comfortable because she knew that we had a well-oiled team that could handle her care, and that we were prepared.”

The St. David’s Women's Center of Texas is now part of a national research network working to reduce maternal and fetal mortality rates. It is one of only three facilities in Texas to participate in the research done by the National Institute of Child Health and Human Development’s Maternal-Fetal Medicine Unit Network.

“It’s, in our specialty, considered the echelon of research. The top echelon," Dr. Sina Haeri, Medical Director at the St. David's Women's Center said. "When you’re part of it, you’re basically at the forefront of perinatal medicine, doing research that truly impacts everyday disease.”

This week the Women’s Center at St. David’s began its first phase of trials, targeting a specific method of reducing premature birth. In the coming months they plan to roll out two more phases of trials, addressing hemorrhage and hypertension in mothers.

“It is heartwarming to see something you had a hand in change the practice of obstetrics across the world," Haeri said. "It’s always good to be at the forefront of this so when your patients come in, every single intervention that might be available to them, is available to them.”

The research will benefit millions of mothers across the country, but St. David’s participation will directly impact mothers in Texas.

“If you go back to the whole maternal mortality morbidity issue that we talk about, one of the fundamental reasons behind the numbers being as high as they are is poor access to care, poor access to expertise," Haeri said. "And we’re hoping to alleviate that.”

“The research component is critical, the funding to do that research is critical," Goujon said. "So I think everyone can be reassured that that money is being well spent when you have experts who are really driven by their intellectual pursuit and finding answers and finding the best practices to deal with this condition, and Austin should be proud to have that here.”