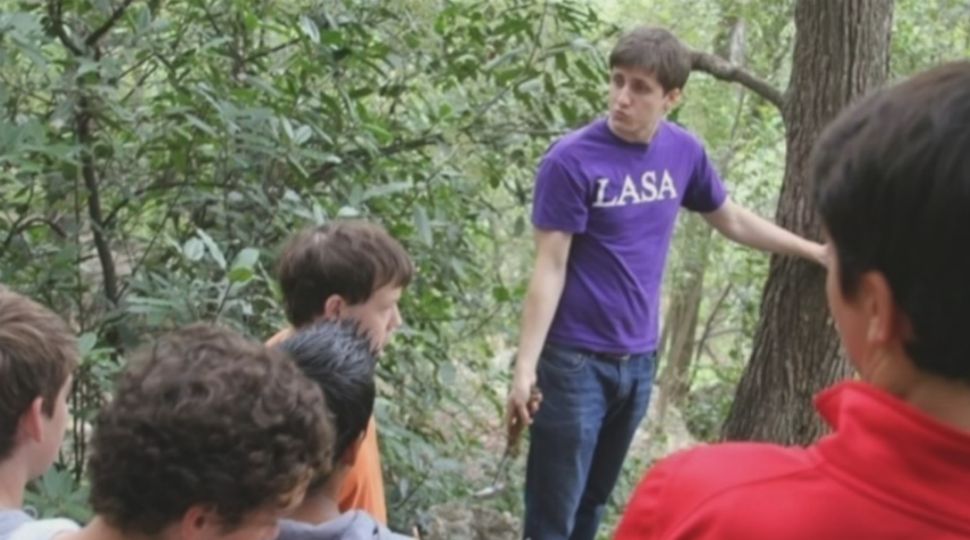 David Walker with a class of kids in a wooded area (Courtesy: David Walker)

AUSTIN, Texas – Climate change is one of the key topics David Walker teaches in his science classes at the Liberal Arts and Science Academy in Austin.

“It’s very very, if not the most, important concept to be teaching youth because they’re going to be responsible for the forays in science in the future," Walker said, "So as a science teacher it’s really my obligation to make sure that they’re well-educated about climate science, so they can be effective ambassadors for their generation going forward.”

On Monday, he's heading to the Arctic. He’s one of 12 teachers nationwide to be selected to participate in a climate change research program called PolarTREC, funded by the National Science Foundation.

“We’re only beginning to effectively interpret how thawing permafrost is releasing CO2, that’s what the research I’m going to be working with is investigating," Walker said, "And it’s only when we effectively do that will we be able to generate good climate models that correctly interpret the future of climate change on our planet.”

Permafrost is frozen soil, and when it melts, the organic material it's made up of releases carbon dioxide into the atmosphere, contributing to climate change. He plans on sharing his research on the impact of melting permafrost on global warming by developing lesson materials for teachers everywhere to use in their classrooms.

“The more people that in America and in the world have good solid science based research based knowledge regarding climate science, that’s really gonna be the ticket to helping the planet out in the future," Walker said.

His students say that Walker’s passion for science is contagious.

"I don’t think there’s anybody who really cares about it more than he does," James Miller, a high school junior and one of Walker's students said.

Sarah Chieng graduated this year and was a student of Walkers for three years.

"I just think it’s so cool how much he focuses on making sure we understand the relevance of what we’re learning past just the textbook,” she said.

Walker's passion for climate change science is inspiring the next generation to take action.

"It wasn’t just science we were learning about but what we have to do and kind of how it’s our duty," Sam Whitlow, a junior and student of Walker's said. "And it really kind of inspired me to work towards that or even learn more about it, because just becoming aware of stuff like that is the first step for sure.”

To keep up with Walker's research while he's in the arctic, you can visit his blog, or look out for his updates on Twitter and Instagram (@mrwalkerlasa).