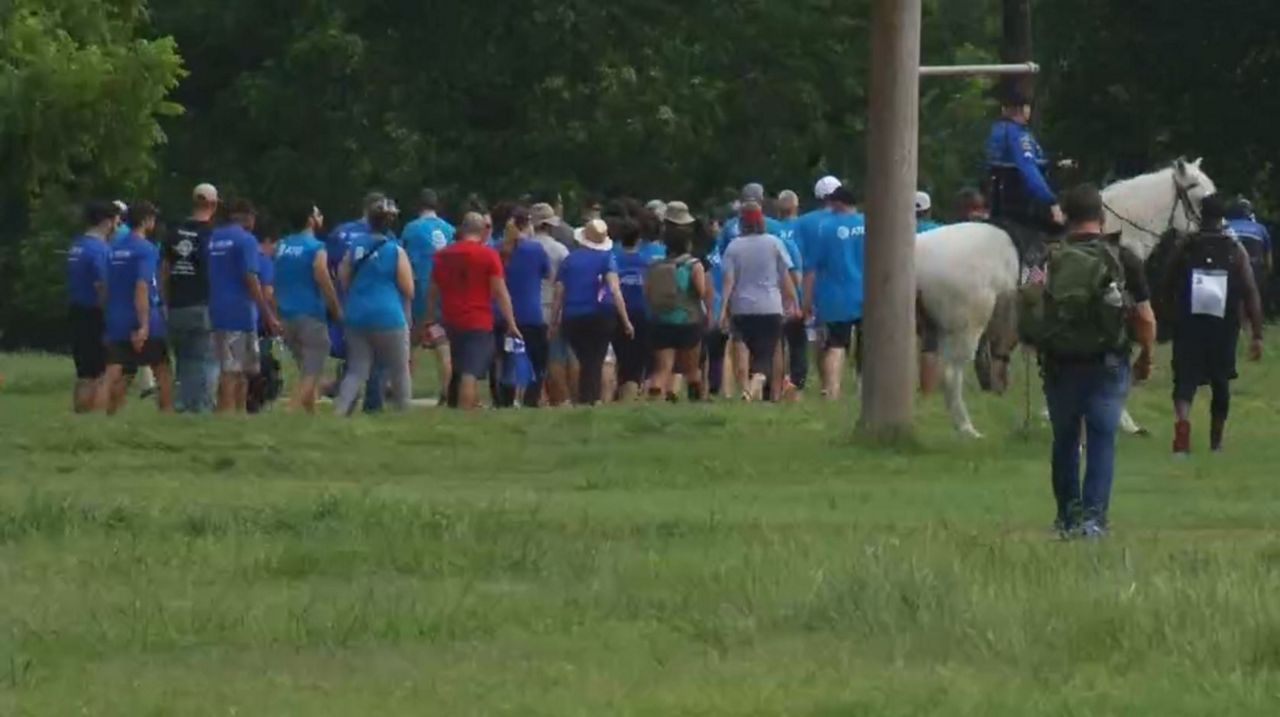 Photo of people walking during Carry the Load on May 22, 2019 (Spectrum News)

AUSTIN, Texas — A month-long journey from Seattle, Washington, to Texas is quite a road trip.

But for Smitty Searles and his fellow volunteers, it's one taken in stride.

"We are honored to be in Austin, Texas, at Zilker Park," said Searles.

Searles, a paramedic from Wisconsin, is part of Carry the Load.

Carry the Load organizes events around Memorial Day to honor military members and first responders. The nonprofit's goal is to remind the public about the true meaning behind Memorial Day.

"It is a day that everyone should stop and take a moment and reflect on the soldiers that have given the ultimate sacrifice," Searles said.

The group arrived in Austin Wednesday for a two-mile walk from Zilker Park to Republic Square Park. City leaders, local veterans, and first responders joined the team on the walk.

Each participant carries the load of a fallen hero, showing appreciation for their service.

Cody Huggins, a West Point graduate, said he's carrying the load for Major Tom Kennedy who died in Afghanistan in 2012.

"A couple of months before I graduated West Point, he was killed in action by a suicide bomber and so he left behind his wife Cami and two children," said Huggins.

To learn more about Carry the Load, you can visit carrytheload.org.