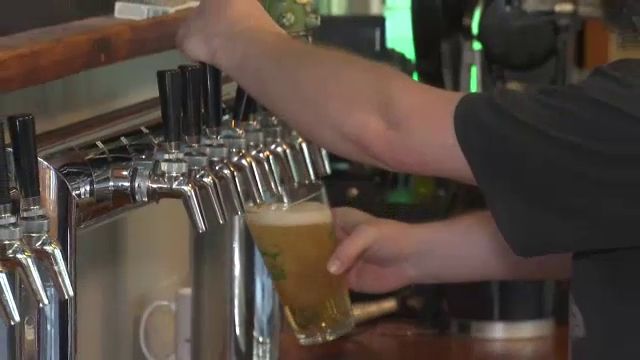 A bartender pour a beer from a tap. (Spectrum News/File)

AUSTIN, Texas -- It looks like Texans will soon be able to take home beer from their favorite craft brewery after all.

Texas brewers have been fighting all session to legalize beer-to-go sales. Wednesday, one of the final hurdles they faced was removed.

The Wholesale Beer Distributors of Texas signed an agreement with the Texas Beer Alliance and Texas Craft Brewers Guild supporting the sales.

“In order to help passage of the TABC Sunset Bill, we agreed to negotiate a more reasonable beer-to-go carve out,” Larry Del Papa, President of the Wholesale Beer Distributors of Texas, said in a statement. “The continuation of the TABC to protect the health and safety of the people of Texas is much more important than this carve out for certain breweries. With this issue resolved, we hope that we can move forward together as an industry for the betterment of the state.”

Last month, the Texas House approved the beer-to-go measure as an amendment to the crucial sunset bill that would keep the Texas Alcoholic Beverage Commission in operation. The Senate must still act.

Craft brewers are confident that with this agreement, they’ll soon be able to sell beer-to-go.

“We’re going to be able to give new rights to craft brewers across the state of Texas,” said Adam DeBower, owner of Austin Beerworks and a member of the Texas Craft Brewers Guild.

The agreement would mean breweries would be able to sell one case of beer per day to customers, versus the two that had been previously proposed.

Texas is the only state that does not allow beer-to-go sales. If approved, Texans would be able to take home beer at the state’s manufacturing breweries starting in September.

Click the video link above to watch our full interview with DeBower.