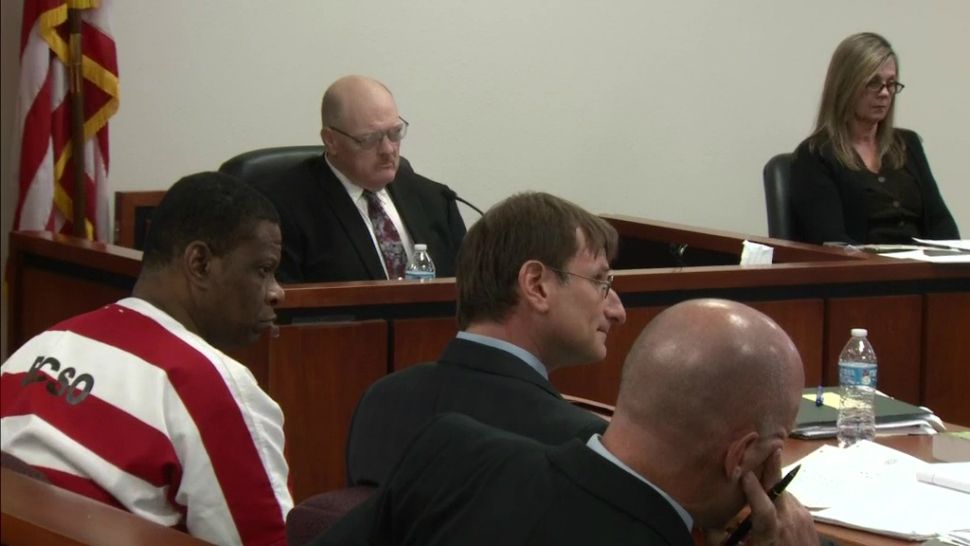 Rodney Reed appears in a courtroom in this file image. (Spectrum News footage)

AUSTIN, Texas — Family and supporters of a man on death row, convicted of capital murder, rallied at the State Capitol Wednesday.

Supporters are trying to convince lawmakers that Rodney Reed is innocent after several attempts to clear his name over the years. He was convicted more than 20 years ago and sentenced to death in 1998 for the rape and murder of Stacey Stites in Bastrop County.

"Even though this is a nightmare we still have a dream that this will all come to a head and he will be brought home." -- Rodrick Reed, Rodney Reed’s brother.

After several attempts to clear his name, Reed’s family spent Wednesday at the Capitol urging lawmakers to sign a letter to send to Bastrop County District Attorney Bryan Goertz for a new trial. Spectrum News made multiple attempts to reach Goertz on Wednesday for comment, but he was not available.

“We can present all of our evidence, call all of our witnesses, and continue to see that justice is done. Not just for Rodney but for Stacey Stites too because the actual murderer is still out there. As long as we got breath and we can speak we are going to continue to yell and scream and make as much noise as we can to see that justice is done,” said family member Rodrick Reed.

In June the U.S. Supreme Court refused to review the Texas Court of Criminal Appeals ruling on DNA testing of new evidence in the case.

“We want a fair trial. We are not asking you to free Rodney. We aren’t asking for nothing. We just want a fair playing field. We have been suffering too long as a family," said Rodrick Reed.