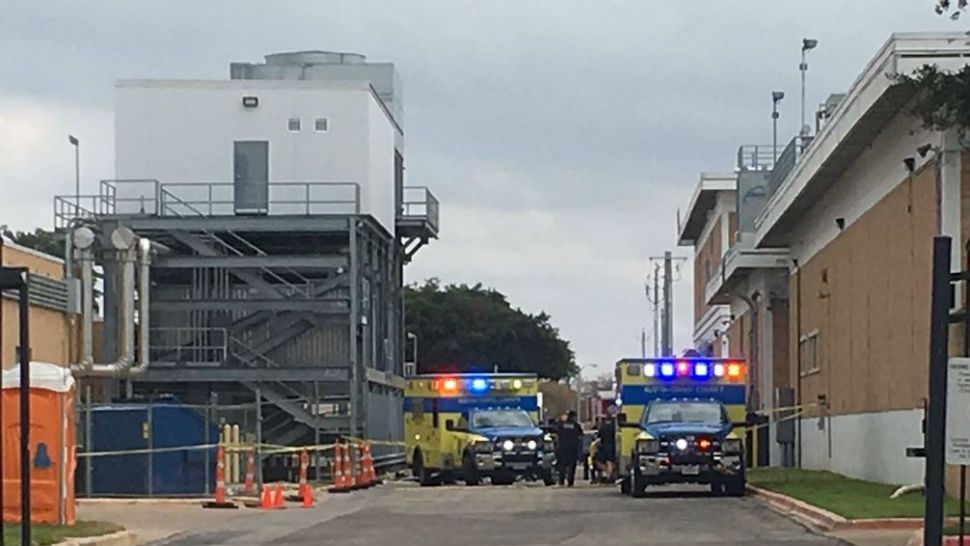 Photo near the scene where a suspicious package was found at the IRS building. (Carlos Garcia/Spectrum News)

AUSTIN, Texas – The Federal Bureau of Investigation is clearing the scene of a suspicious package incident at the IRS building in southeast Austin.

According to the FBI, the incident occurred at around 12:15 p.m. The package was an envelope mailer within a cardboard box, and was opened in the mail processing center in a building solely occupied by IRS.

Several employees were exposed to a suspicious substance that came from the package.Two IRS employee reported a negative reaction to the substance and were taken to the hospital for evaluation.

Waiting for an update about a suspicious package inside the IRS building compound in southeast Austin.
Dozens of people outside of the building at least one person being evaluated by EMS. pic.twitter.com/9cqqFiyXzf

The building was evacuated in abundance of caution, and package is being transported to a lab for further analysis.

The investigation is ongoing.