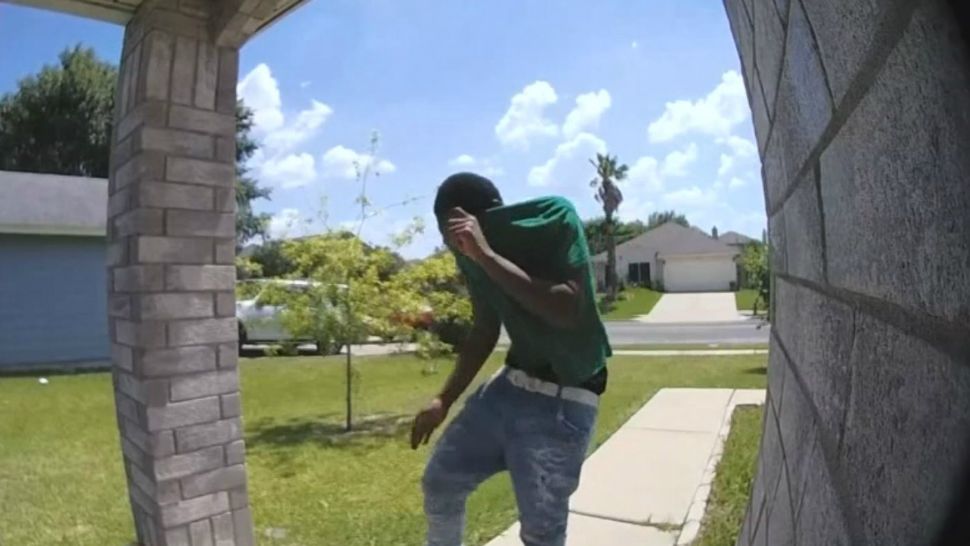 A thief removes a package from the front of a residence in Round Rock, Texas, in this undated surveillance still. (Round Rock Police Dept.)

ROUND ROCK, Texas — Leaving packages at the doorstep is like Christmas for thieves. The Round Rock Police Department is bringing back a program in hopes to reduce opportunities for so-called porch pirates from raiding people’s loot.

“Operation Front Porch” is a free initiative for Round Rock residents. They are asked to mail their packages to the Round Rock Police Department, located on North Mays Street, instead of having deliveries dropped off at home.

“Our plan is to safeguard those packages so they are not stolen off your front porch, and it’s one less call that our officers have to respond to and they can really focus on higher priority calls for service,” said Chief Allen Banks.

“I want to assume that this process, this program actually had a significant role in reducing the number of packages that were stolen,” Banks said.

Round Rock resident Gail Lupton said she prefers online shopping and has already sent four packages to the police department. In addition to getting gifts for loved ones this holiday season, Lupton wants to make sure she has the deliveries she needs for her daughter’s wedding. Lupton has seen surveillance videos of thieves swiping packages.

“It makes me so angry. It’s like how dare they go in there and take other people’s property, people’s hard earned money that they have used to buy presents for other people that they love. They have no right to go around stealing,” Lupton said.

Police ask Round Rock residents to keep packages under 50 pounds and pick up their deliveries within three days. Identification and proof of purchase are also required for pickup. "Operation Front Porch" ends December 22.