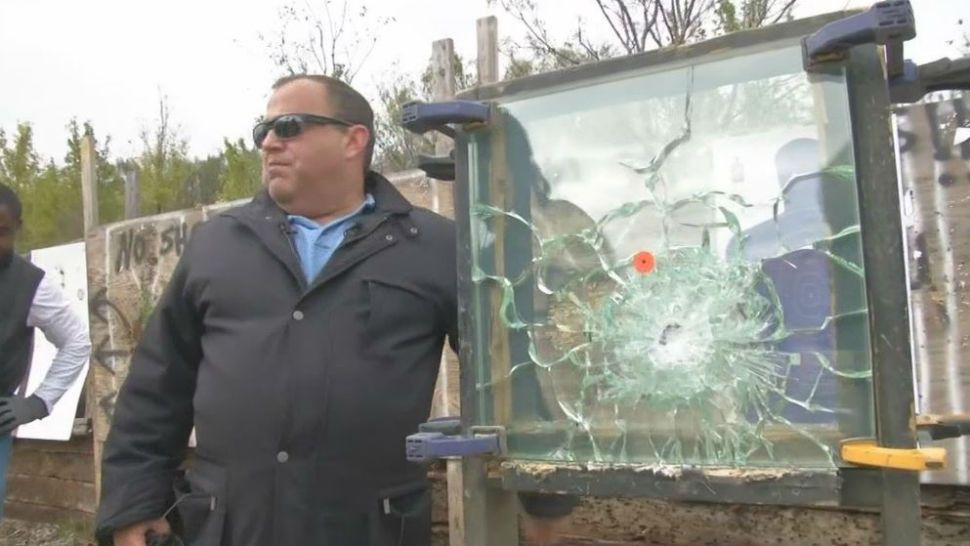 AUSTIN, Texas — State lawmakers have vowed to approve legislation next year to improve campus security in the wake of the Santa Fe school shooting where 10 people died.

After governor-led roun tables this summer, there's still a lengthy debate on what's the best way to secure schools.

A Houston-based nanotechnology company thinks it has the answer. The company boasts a product called C Bond, which, when applied to a pane of glass, makes it resistant to bullets.

C Bond Systems CEO Scott Silverman says the school shooting in Parkland, Florida, prompted him to market his product to school districts across the country.

"When that happened, we ramped up our efforts to use our technology to try and help the problem," Silverman said.

The company says glass reinforced with C Bond can even withstand shots fired from an AR-15. AISD officials are considering outfitting their campuses with the bullet resistant glass.

"I'm pleasantly surprised to see how the product reacted to the shots," Zach Pearce with the Austin Independent School District said.

Pearce says installing new window panes district-wide would be costly. The technology costs about $25 per square foot, but he says student safety is priority number one.

"You never want the situation of a shooter, or a situation at a school to happen, but if it does happen, you want to know that your school is prepared for any circumstance," Pearce said.

Dozens of Texas school districts and companies are already using the C Bond technology to protect their buildings. Districts in Dallas and the Houston area are equipped with it, as well as the Houston airports.