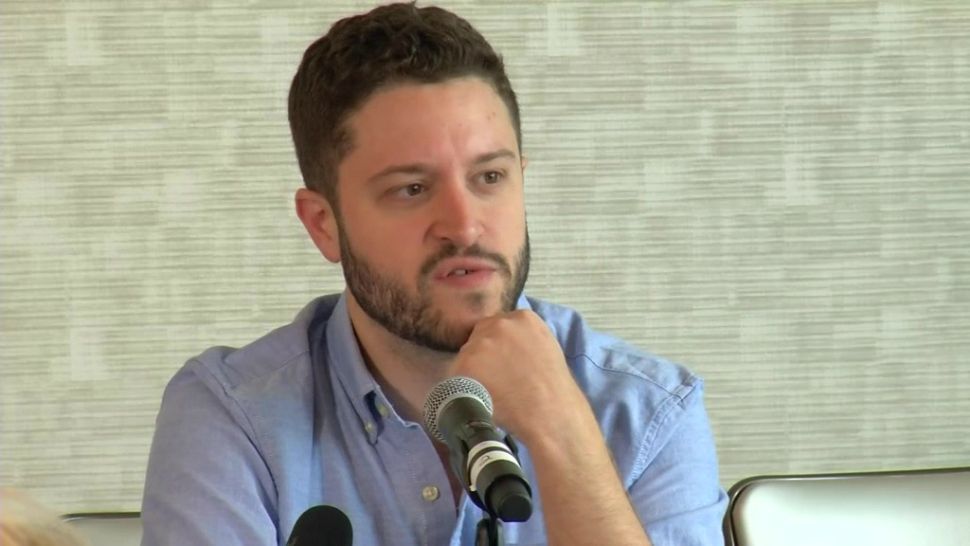 Photo of Cody Wilson at a press conference in August. (Spectrum New/File)

AUSTIN, Texas — The man behind a 3D-printed gun company, Cody Wilson, has been charged with sexual assault, a second-degree felony.

According to a police affidavit, Wilson met the victim, who is described as “a juvenile female under the age of 17,” on a website called SugarDaddyMeet.com in August. The victim said she exchanged messages with a man using the screen name “Sanjuro.” She said she and “Sanjuro” exchanged cell phone numbers and continued their conversation using the Apple iMessage service on her phone.

“I don’t know. My detectives have sat down with a predator who willingly said 'I knew the victim was underage.' I’m not even trying to guess Mr. Wilson’s motive, but we do know based the victim and investigation that he had sexual contact with a 16 year old which in the state of Texas is illegal,” said Commander Troy Officer of Austin Police Department’s Organized Crime Unit.

During the conversation, "Sanjuro:" identified himself as Cody Wilson and he allegedly told the victim he was a “big deal”, according to the affidavit.

“My understanding is that you have to be 18 to be on the website, but at this point we’re concentrating on protecting the victim,” Officer said.

The two arranged to meet on Aug. 15 at Bennu Coffee in South Austin. The victim stated that she and Wilson met in the Bennu Coffee parking lot and left together in a black Ford Edge four-door SUV. The license plate on the vehicle matched one registered to Wilson.

“This is also a cautionary tale, anytime you solicit, whether it’s a child whether it’s an adult, if you pay for sex it’s illegal,” Officer said.

According to Austin Police, Wilson's last known location is Taipei, Taiwan. A warrant has been issued for Wilson. The Austin Police Department is currently working with international authorities to bring him back.

Wilson is a self-described "crypto-anarchist" and is now selling blueprints that allow users to 3D-print their own plastic guns. In August, a federal court order barred Wilson’s company, Defense Distributed, from posting the plans online. Wilson said he believes that selling them, instead of posting the plans for anyone to view or download for free, will not run afoul of a Seattle federal judge’s order.

Less than two weeks after the alleged incident, all eyes were on Wilson as he held a news conference in Austin announcing the plans.

“This is about these state desperately flailing for some type of Internet power to prevent people from sharing things online. I won’t give it to them,” Wilson said on August 28.