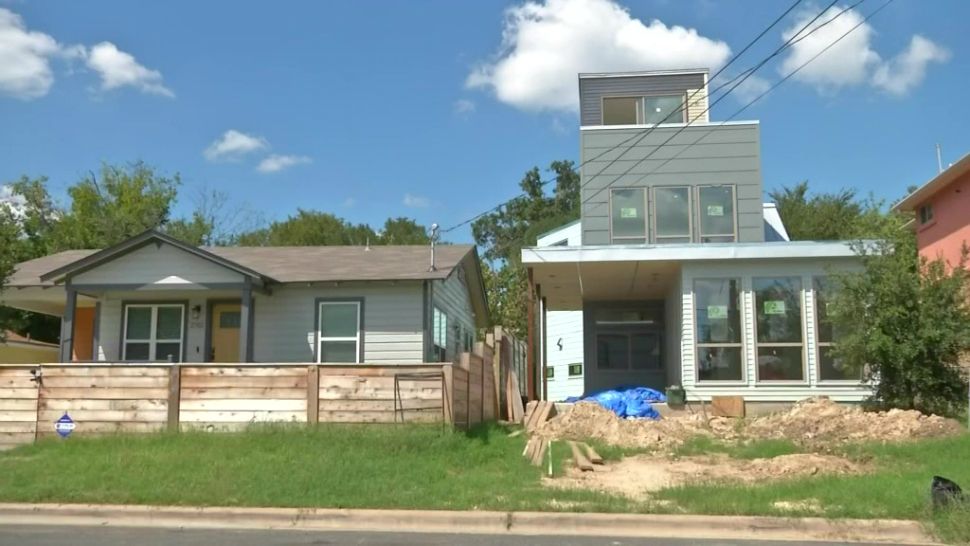 AUSTIN, Texas — The City of Austin now has a new interactive tool mapping areas most at risk of gentrification, as part of a University of Texas at Austin study looking at what can be done to stop long-time, low-income residents from being forced out of their neighborhoods.

“I wanted a better opportunity for my daughter. I just needed to show her a better example," said Payne.

The single mother of now three said it is a blessing why she has not left East Austin since. She was a renter until 15 years ago, when she applied and eventually bought a home through Austin Habitat for Humanity.

“I knew I wanted to get on board as far as with buying something when I saw that Austin was a prize on ‘The Price is Right’. Somebody won a prize to come to Austin, and I’m like, ‘Wait a minute, what?'," said Payne.

Payne said she has been approached many times to buy her home, but she is still refusing those offers.

“I watched [the neighborhood] grow from having crack houses around the area, seeing the prostitutes, making sure that my kids aren’t on the porch when the prostitutes pass by, to now there are people walking their dogs with having African tortoises in their yards, with the chickens,” said Payne.

Austin Habitat for Humanity said land was purchased in Payne’s Rosewood neighborhood specifically to develop affordable housing. Payne qualifies for homestead exemption and her mortgage is interest free. She said if those policies were not in place, she would have to move.

“I would have to move back to Houston, on the outskirts, that’s where I’m from,” Payne said.

Rosewood is one of more than a dozen neighborhoods vulnerable to gentrification, according to the new UT Austin study, “Uprooted: Residential Displacement in Austin's Gentrifying Neighborhoods, and What Can Be Done About It.”

City Council members are reviewing researchers’ findings and ideas after a presentation during a work session Tuesday.

Professors said one of the most powerful strategies is to buy land early, a strategy known as “land banking.”

“If the city has the ability to buy land, or it already owns land in an area or it can help a non-profit own land in that area, that really gives us more control over different ways we can help people stay,” said Elizabeth Mueller, an associate professor of community and regional planning at the UT School of Architecture.

Researchers examined policies outlined in the report like homestead exemptions, tenant right-to-purchase programs, and below-market debt funds, which offer low-cost loans to affordable housing developers. But, the professors believe the same policies should not be applied in every place and the community needs to be involved.

“It matters what the people who live in a particular neighborhood are trying to do in that neighborhood, how they’re trying to hang on and the quality of life they have created for themselves,” said Austin City Council Member Leslie Pool, who represents District 7.

The report includes interactive maps which show there more than 20 neighborhood susceptible to gentrification.