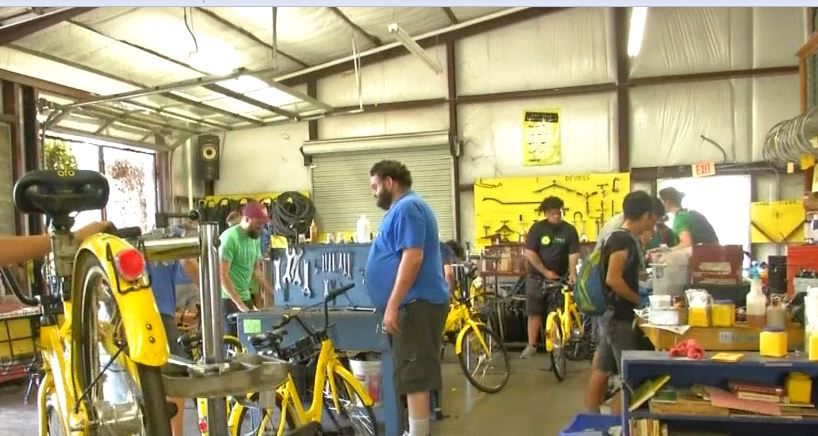 AUSTIN, Texas -- Cyclists gathered at the Yellow Bike Project in East Austin to begin the daunting task of fixing hundreds of donated bikes.

There are 300 to 500 bikes currently piled in the back of a building, which came from the rideshare Ofo that left Austin.

The unique bolts, made for security, have to be changed because they are a hindrance for new bike owners. The Yellow Bike Project had to get special tools from the company to be able to make them ready. The work would have taken longer than six months without the help from volunteers.

"I know personally almost nobody who is here right now, which is amazing, speaks to the community of cyclists in Austin. We have folks who saw this on Facebook and said, 'You know what? This matters to me. It matters that there is this enormous potential waste coming from the business. Instead it washed up on the shores of this non-profit and I'm going to go provide a small amount of elbow grease that's going to turn this around from being a potentially negative thing to a massively positive thing.’,” said Drew Berger.

The Yellow Bike Project will likely have more volunteer days to work on the new bikes. They will be donated to other nonprofits to help residents in Austin get around and promote cycling.