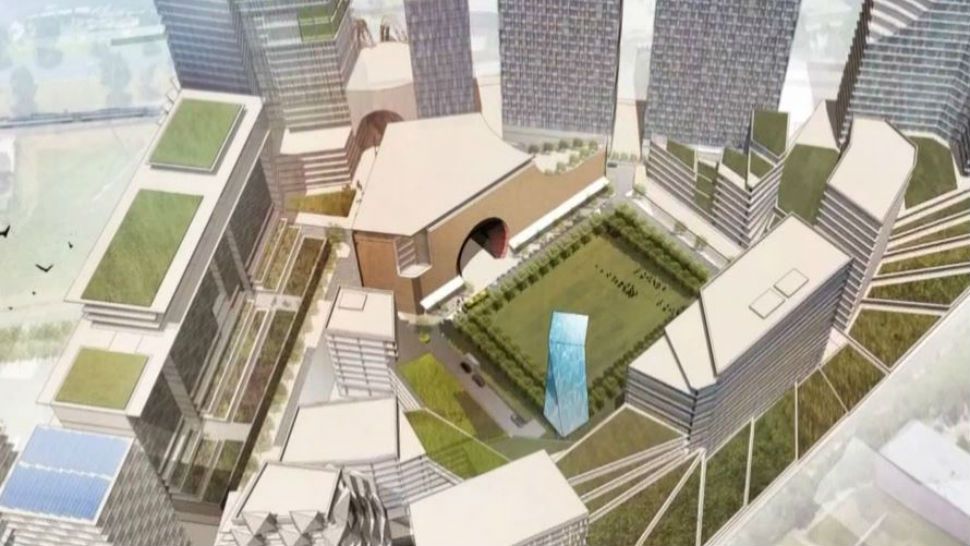 Mockup of a competing proposal for the McKalla Place property. Courtesy/Land Design Studio

AUSTIN, Texas — A developer recently submitted a competing proposal for the McKalla Place property, which is being considered as a location for a Major League Soccer stadium.

The City of Austin recently came to an agreement with Precourt Sports Ventures to develop the property, but it still needs to be voted on by council.

In the meantime, the city is taking proposals for other opportunities for this property that's stayed vacant for more than 20 years.

Land Design Studio dubbed their project "McKalla Station." They are calling the project an urban oasis that features 2.6 million square feet of office space, 100,000 square feet of retail space, a 250-room hotel and 1500 multi-family units. At least 15 percent of the units will be affordable housing.

The company claims the model would create more than a billion dollars in community proceeds and $200 million for affordable housing in the first 20 years.

The proposal also calls for the formation of a special purpose district that would collect the equivalent of property taxes to give to local nonprofits.

Development could take about 8 to 12 years.

City of council will host another public hearing on the MLS proposal this Tuesday before a final vote Thursday.